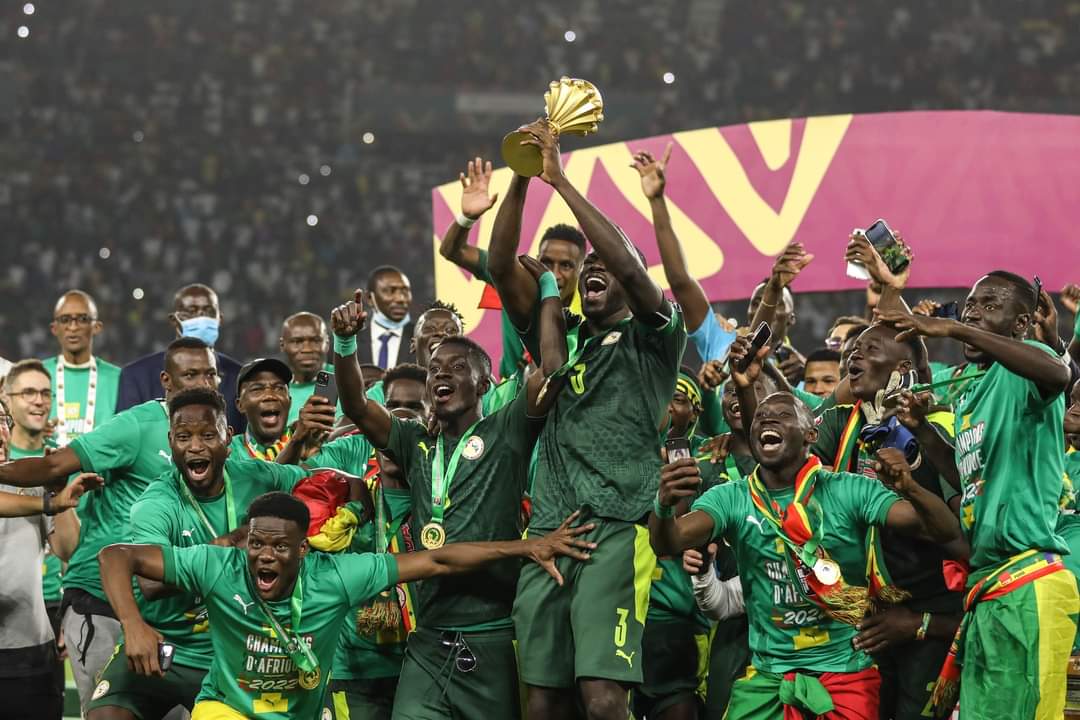 The Teranga Lions of Senegal have won this year’s Africa Cup of Nations tournament.

Senegal talisman Sadio Mane scored the decisive penalty that helped his team to win their first-ever Africa Cup of Nations title against the Pharaoh’s Egypt.

This is Senegal’s third appearance in the AFCON final, the match lasted for 120 minutes in goalless draw and ended in a penalty shootout where Abdelmonem and Ashin of Egypt both missed their penalties.