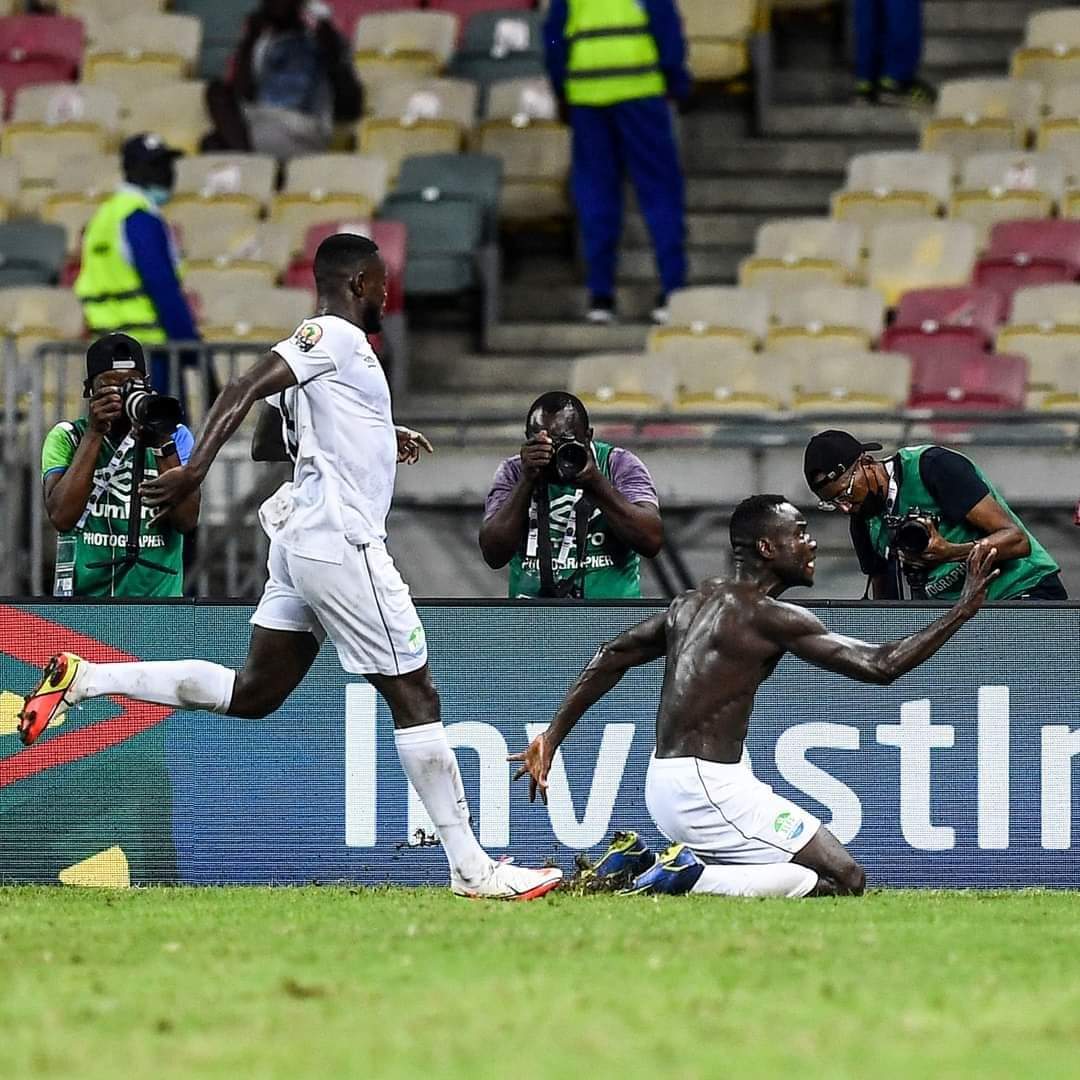 After a 26 years break, the Leone Stars of Sierra Leone returned to the Africa Cup of Nations, the continent’s biggest football tournament.

Today, January 16, 2022, the team played their second match in Group E and they took on the Les Elephants of Ivory Coast at the Japoma Stadium in Douala, Cameroon.

At the beginning of the game, Sierra Leone had a very slow start as the Ivorian side did have several chances, and in the 25th minute of the game, they converted one into a goal, as Ajax striker Sebastien Haller scored the opener.

The score was maintained, just the 10th minute after the start of the second half, Sierra Leone Premier League side striker, Bo Rangers, Musa. N. Kamara scored the equalizer for Leone Stars.

Later, just halfway through the second half, Arsenal’s Nicolas Pepe doubled the scoreline for Ivory Coast.

As the game progressed, the Sierra Leonean side never relent, they continued mounting pressure, and incoming Randers FC striker, Alhaji Kamara who was on the ground creeping received an assist from former England International, Steven Caulker and scored the equalizer.

So far, Sierra Leone’s performance in this Africa Cup of Nations tournament has been outstanding, and the images of the country have been recognized in a good way, unlike that of the civil war, Ebola and mudslide. Football fans across the country are more than 100 percent behind their country as they give all their support in all the games played.

Massive celebrations have been seen so far, in the last two games played and their team is currently unbeaten.

Last week’s “Man of the Match” winner in Sierra Leone’s opening match against Algeria, keeper Mohamed N. Kamara was also at his best today, in the 10th minute of the game he saved a penalty shot by Franck Kessie.

The next encounter of the group returns on Thursday, January 20, 2022, at the Japoma Stadium, as Sierra Leone will face Equatorial Guinea and Ivory Coast will face Algeria.