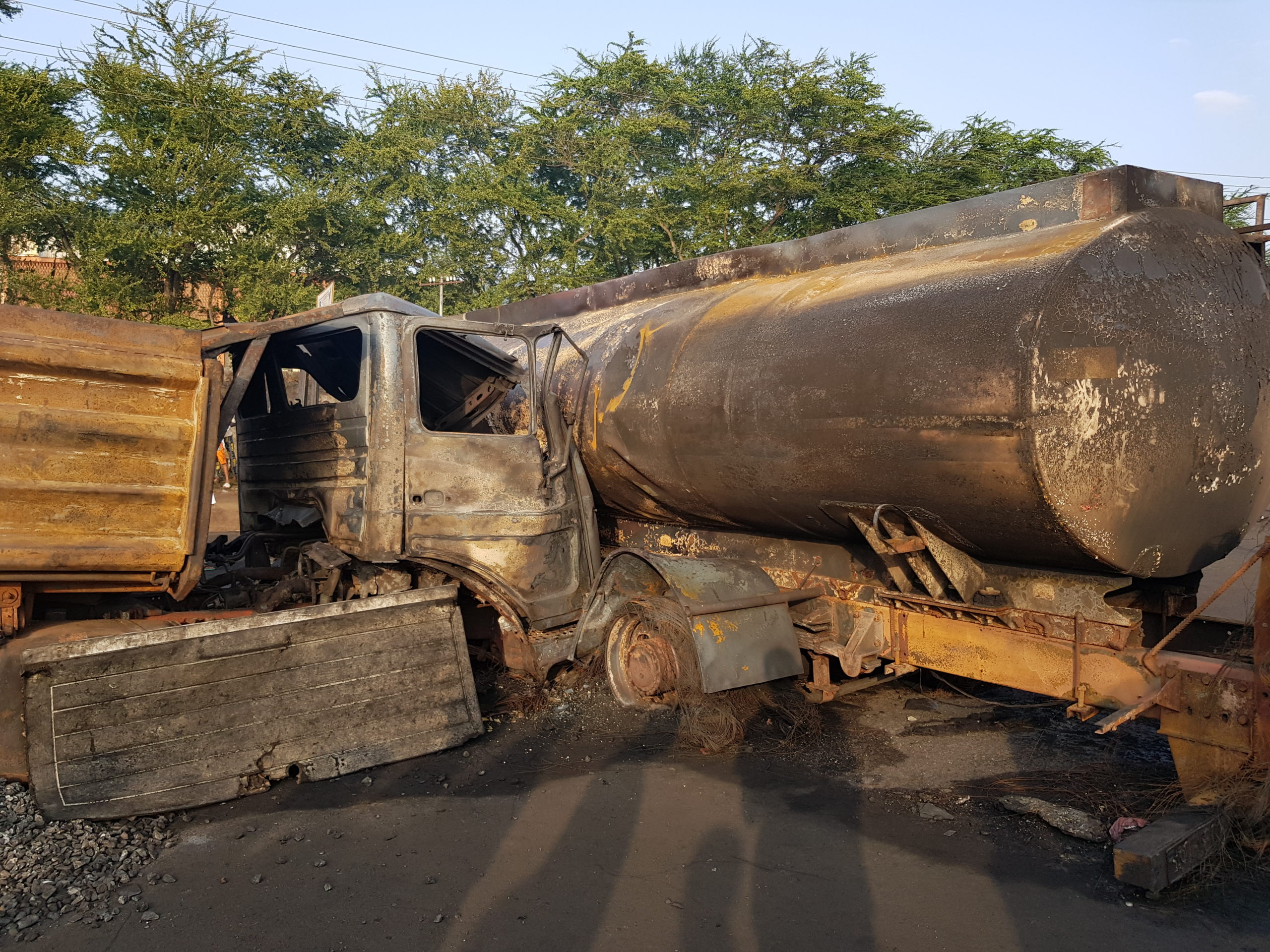 Yesterday, November 5, 2021, during the night hours a fuel tanker exploded at the Wellington industrial estate in the east end of Sierra Leone’s capital, Freetown.

This comes after a fully loaded fuel tanker that was heading to Lungi airport in Port Loko, collided with a truck at PMB in Wellington and later on people around the community came out to gather fuel but unfortunately, to the surprise of people the explosion occurred.

However, over 98 dead bodies have been collected as this the second major fire accident this year in Freetown.

Here are photos of the aftermath of the incident: