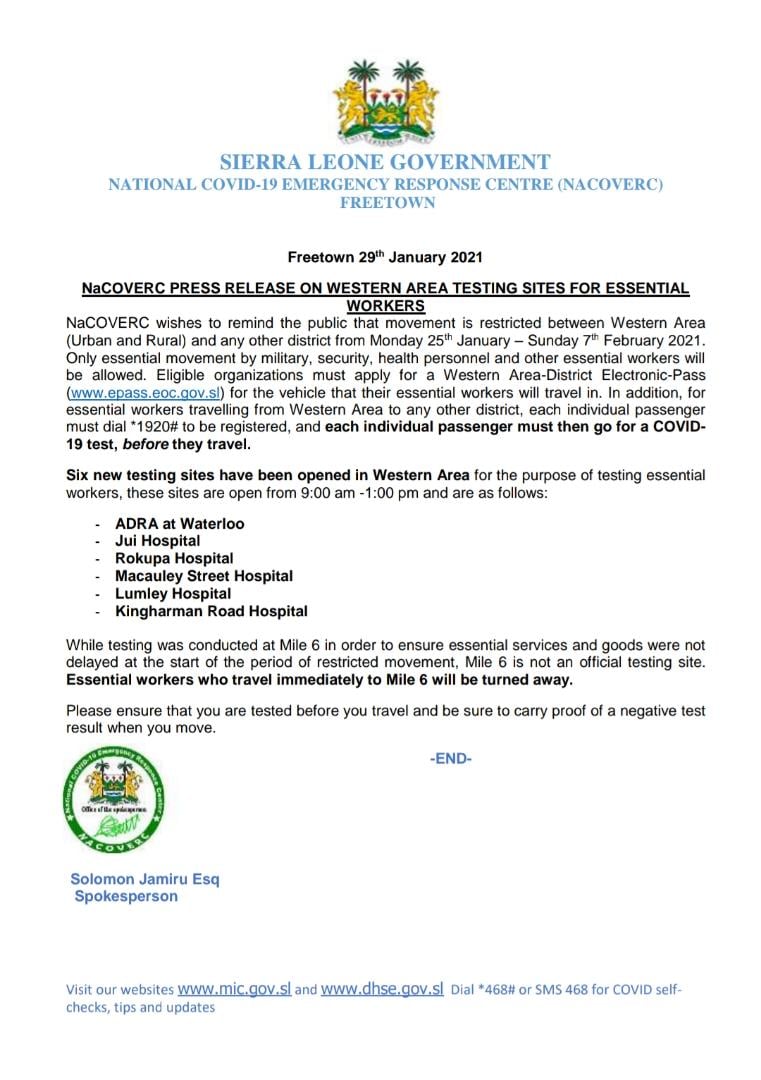 The National Covid-19 Emergency Response Center (NaCOVERC) has opened 6 new Covid-19 testing centers in Freetown as a means to ease the testing process for essential workers.

The new centers are opened in Jui Hospital, Rukupa Hospital, Macauley Street Hospital, Lumley Hospital, Kingharman Road Hospital, and ADR Hospital at Waterloo. The testing centers would be opened from 9 am to 1 pm. 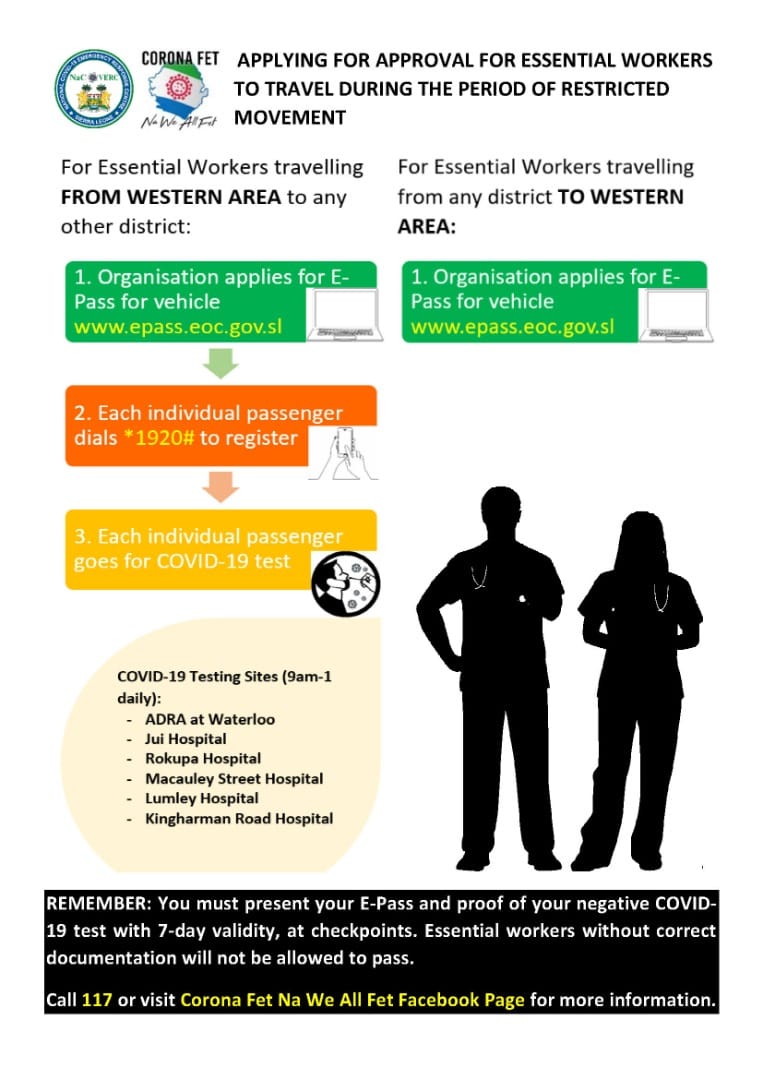 On the 21st of January, NaCOVERCE announced a resumption curfew order lasting for two weeks ( 25th January to 7th of February) and a restriction of movement from the Western Area, the pandemic epicenter, in order to conduct more community testing.

According to the news release published on the 29th of January, the movement of people is only limited to essential workers such as the military, security and health personnel, and other essential workers. 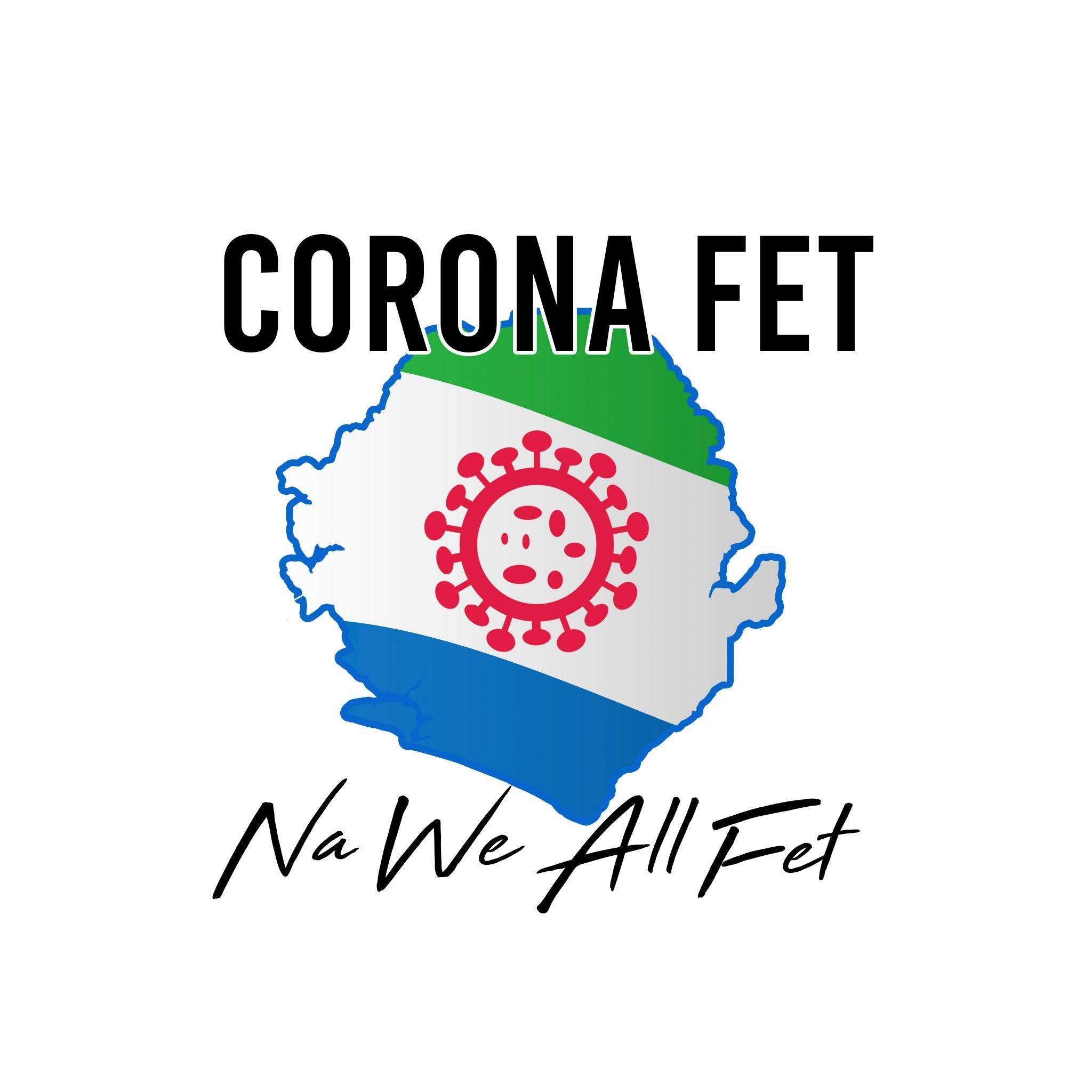