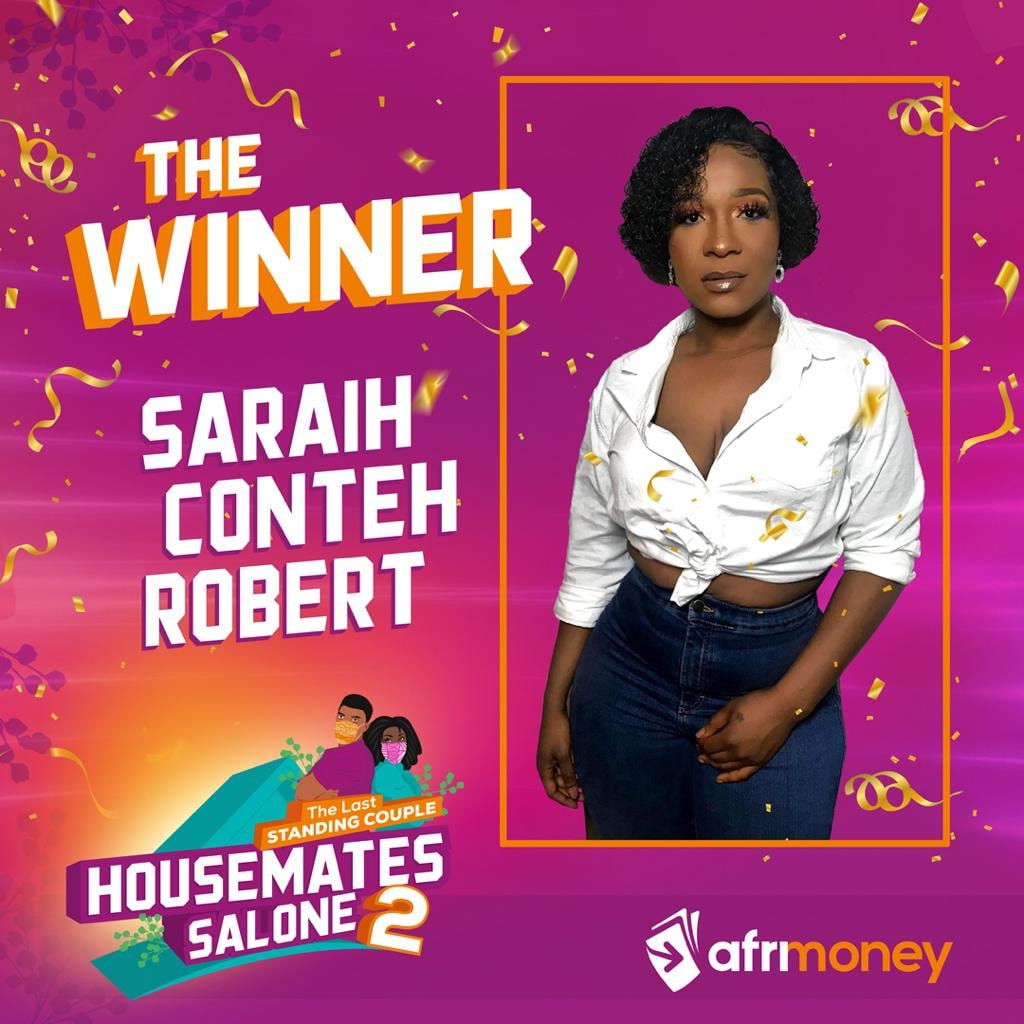 Sariah, the first-ever female to win the TV show, beat 7 other housemates at the final, which was held on Sunday, December 13, 2020. She takes home the sum of SLL 250 million (USD 25 thousand), added with a round trip to Dubai.

Professionally, she is a student and also a Registered Behavioral Technician (RBT) in the US. She was born in one of the most famous communities in the Western Area, Sierra Leone, the Fullah Tong Community in Central Freetown.

The Big Brother styled reality TV Show keeps contestants in a house, and fan votes decide who gets to stay in a house and who gets to leave after several weeks. The show is 100 percent Sierra Leonean and it portrays the lifestyle and general way of living of the contestants.

In 2019, the first edition of the show was premiered and Kenchine Palmer, an aspiring rapper who took home the sum of SLL 100 million as the winner.