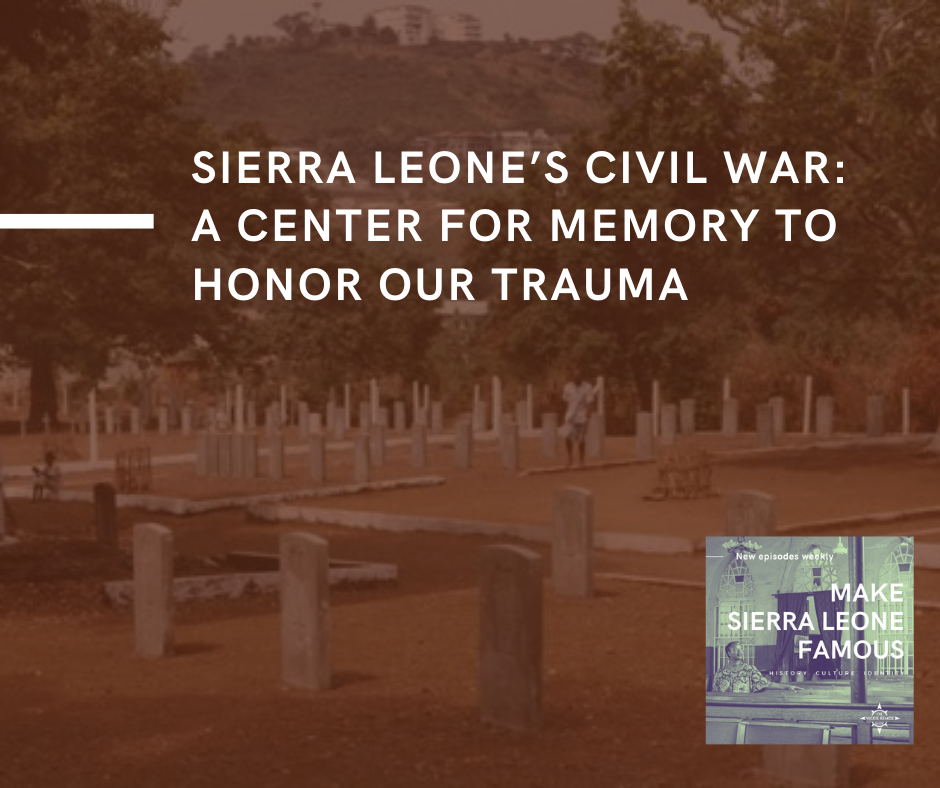 In an all-new episode of the Make Sierra Leone Famous Podcast: “Sierra Leone’s Civil War: A Center For Memory To Honor Our Trauma”, host Vickie Remoe is in conversation with Joseph Ben-Kaifala, historian and founder of the Sierra Leone Center for Memory & Reparations.

Remoe and Kaifala reflect on their memories of the war, the lack of reverence, lessons from the Truth & Reconciliation Commission, and Kaifala’s journey as he documents Sierra Leone’s war history both the physical spaces where atrocities occurred and the narrative.

Kaifala is currently traveling across Sierra Leone marking mass graves to ensure that we remember our difficult past. His work is made possible by a grant from the Africa Transitional Justice Legacy Fund.

Below are 5 lessons learned from the conversation

For more listen to the all-new episode of the Make Sierra Leone Famous Podcast now available on Itunes, Spotify, and Google Podcasts.