35-Year-Old Elizabeth Deen didn’t have a shop to see clients when she first launched her startup so she made house calls. That was five years ago when Ladies Republic Parlor was just an idea fueled by passion.

She started the parlor in 2015 after a Missionary trip to Nigeria where she learned how to make beads, do hair and makeup.

“As a young girl I always loved doing my friends’ and family’s hair and makeup,” says Deen.

Upon her return from church missionary work in Nigeria,  she learned her parents had enrolled her in university. When they gave her money to pay the fees, she bought beauty products instead. Her parents were not thrilled.

”They believed that ignoring school to pursue a beauty business was a failure in itself.” 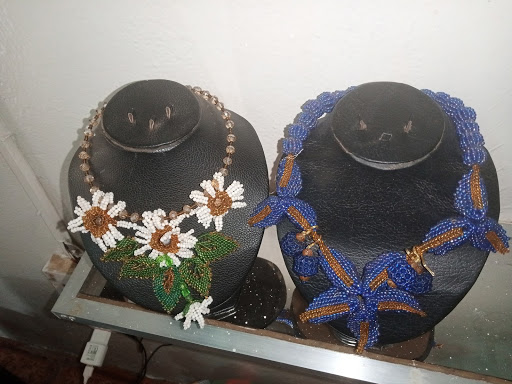 She was determined to pursue her dreams at all costs. To start she provided home service, one on one client consultations.  A year later she was able to save enough to rent the shop where she is now.

But that wasn’t all. She had also made enough to pay the college fees that she had used as startup capital.

When the business wasn’t earning enough to hire workers, she offered free training to girls in the community. After they learned the skills, she would then hire them to work full-time.

Balancing the business and school was rough. Finding a trusted person to watch over the business while she was in class, was another challenge.

”Most times I stay up late and work extra on weekends to keep my business going, ” says Deen.

In 2017 Deen got a big break. She participated in a startup competition and won the 20 million Leones grand prize. She also received business coaching.

With the prize money she expanded her handmade jewelry business with my products; necklaces, earrings, handbags, shoes, neckties for men and accessories for brides. 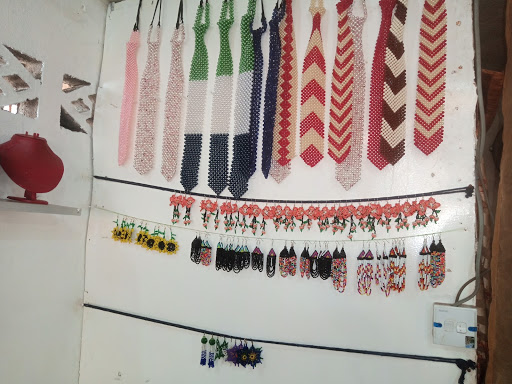 She has a website, Facebook page and three Whatsapp groups to showcase her work and grow her customer base. Nevertheless business still has its ups and downs.

“I have struggled to retain staff because most girls do the job only for the money, they lack the passion for what they do,” says Deen.

Right before she was about to finish her degree program, she had a life threatening illness which kept her away from work and school for three months.

As soon as she got her strength back though not fully healed, she took her final exams. She passed  and graduated with a second class first degree.

Just when she thought the business was going to crumble from having been closed for three months, she took part in ”Pitch Night”  a startup competition organized by the British Council late last year.

” I was supposed to go on a training and tour in the United Kingdom before Corona, all plans have been suspended but I have kept in contact with the organizers and I have been issued a visa,” says Deen.

Now that business is slow most of her work is done as homeservice, she goes to meet the client’s, being mobile is what has kept the business going during the pandemic.

Since she came back from Nigeria by her count she has trained over 100 girls. She has four full-time employees and four trainees with hopes to grow once things return to normal. “I have had bad and good times in business.

“The ultimate measure of success for me is the amount of girls I have trained over the years, most of them now do their own bead work for a living.”