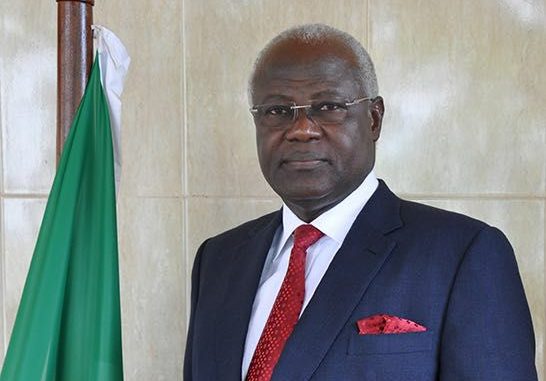 Residents in Makeni, Northern Sierra Leone have blocked all roads and access points to the residence of the former president Dr. Ernest Bai Koroma with the aim of stopping the Anti Corruption Commission (ACC) who were scheduled to meet with him today.

Last week the Anti Corruption Commission wrote a letter to the former president summoning him to meet with them at their headquarters in Freetown to discuss allegations of corruption and embezzlement of state funds during his term of offices as stated in the white paper report.

The meeting was however postponed and the commission decided against the former president coming to Freetown opting to meet him in his home town Makeni instead, reasons for this were not stated publicly

According to a Facebook post by Francis Ben-Kaifala, Commissioner of the ACC, some locals including bike riders, youths, women, traders have used different obstacles to block them from meeting the former president.

About a week ago, the three Commissions of Inquiry which investigates Koroma’s term of office released a government white paper that gives findings on how state funds and resources were missed used by the former president and his compatriot.

In response, the former president has posted on his twitter feed that he remains committed to peace and security of the country and that he wants to interview with the ACC to happen today.