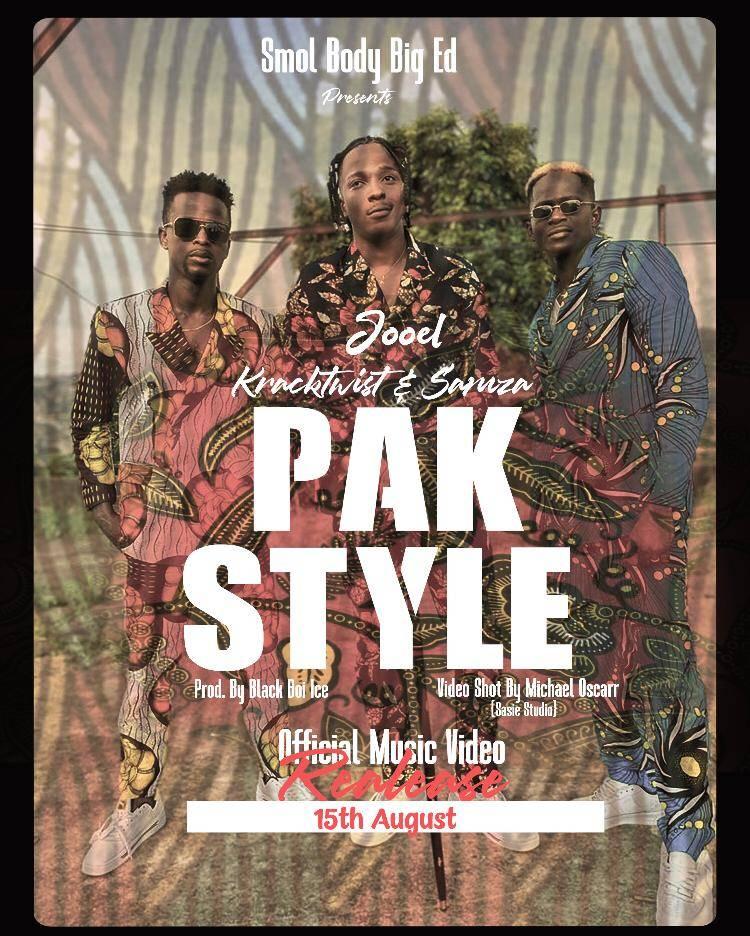 “Pak Style” with Kracktwist and Samza (the Krio degree rappers) is the latest music video released by Joel Kargbo aka Jooel.

Pak Style which was released in May is the first official single by Joel for this year. Its video was filmed by Michael Oscar and the audio was produced by Blackboy Ice.

Pak Style is one more way to tell a woman that you like her: compliment the woman, her tailor, and fashion. If you love African print this one for you. The wardrobe for the artists and the models were designed by Designer Victor Onie of Onie’s Elegance.

Jooel has been active in music since 2017. His most popular song to date is “Chief Bombolai”. Jooel studied and graduated with a degree in Physics from Fourah Bay College, University of Sierra Leone.