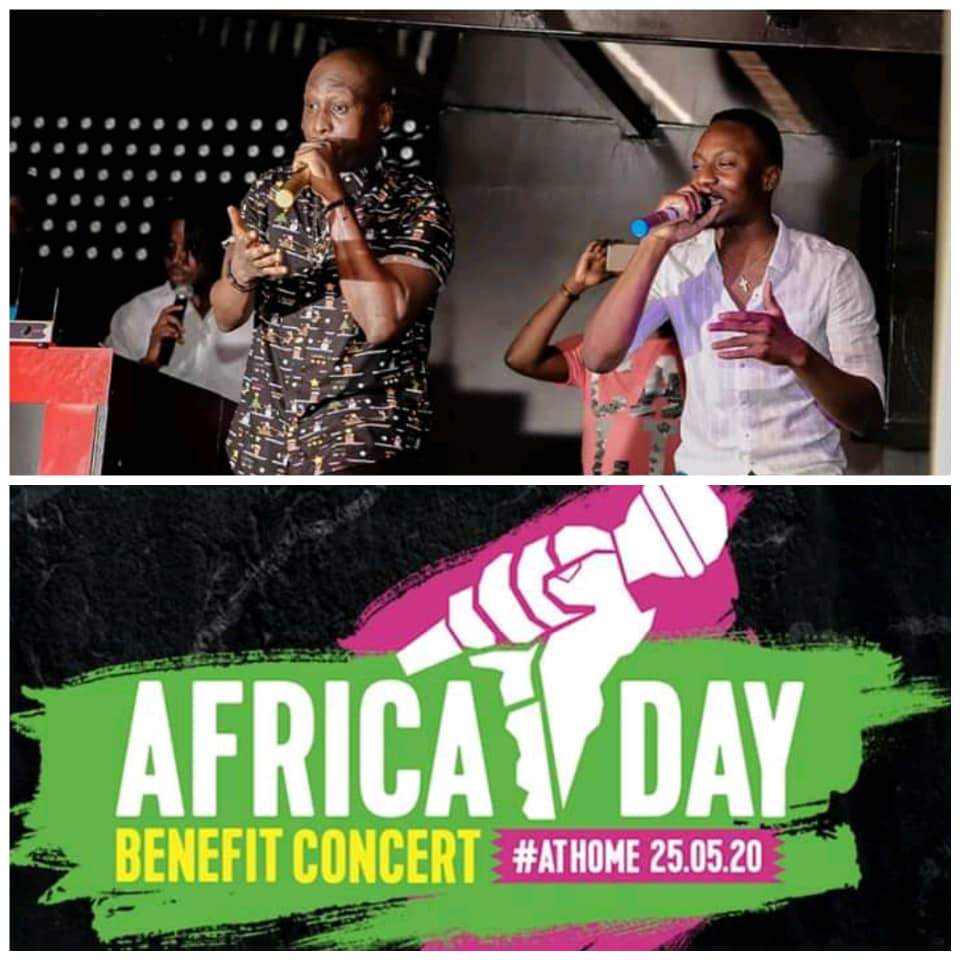 Two Sierra Leonean hitmakers, Drizilik and Shadow Boxxer on Monday the 25th May 2020 joined some of Africa’s favorite Kings and Queens in music to perform live at the Africa Day Benefits Concert At Home hosted virtually (online) by British Sierra Leonean actor and Dj Idris Elba.

Both artists were the only Sierra Leoneans to make it on a list of artists from 25 African countries to commemorate the Africa Day celebration. Prior to the day no Sierra Leonean was on the list of performers, but it all came as a surprise from the host and organizers after several social media discussions for Sierra Leoneans to be added to the list because they believed they were capable.

The online streaming event was officially opened by a statement from the Chairman of the African Union (AU) and South Africa President, Cyril Ramaphosa, the event then took a virtual tour across Africa and the Globe.

The first artist to perform live was Davido from Lagos Nigeria. Then the list continues, Shadow Boxxer a Sierra Leonean rap artist and philanthropist did perform alongside another Sierra Leonean Ghanaian born artist called Silvastone and they performed the song title “Promise” which was released about a year ago.

Then came the young stars, the face of the afro hip hop in Sierra Leone Drizilik with his recent jam title “Tell” which was released sometime last April this year and has hit over 50 thousand views on all platforms.

The Africa Day Benefit Concert At Home is a partnership between Viacom CBS Networks, YouTube, MTV Base Africa, and Idris Elba in celebration of the day, with respect to raising funds to support food and health needs for children and families in Africa affected by the deadly COVID-19 pandemic. All funds raised will go directly to the World Food Programme (WHO) and United Nations Children Education Fund (UNICEF) as they are supporting COVID-19 affected communities across Africa.

If you missed the event, click the link below to rewatch.