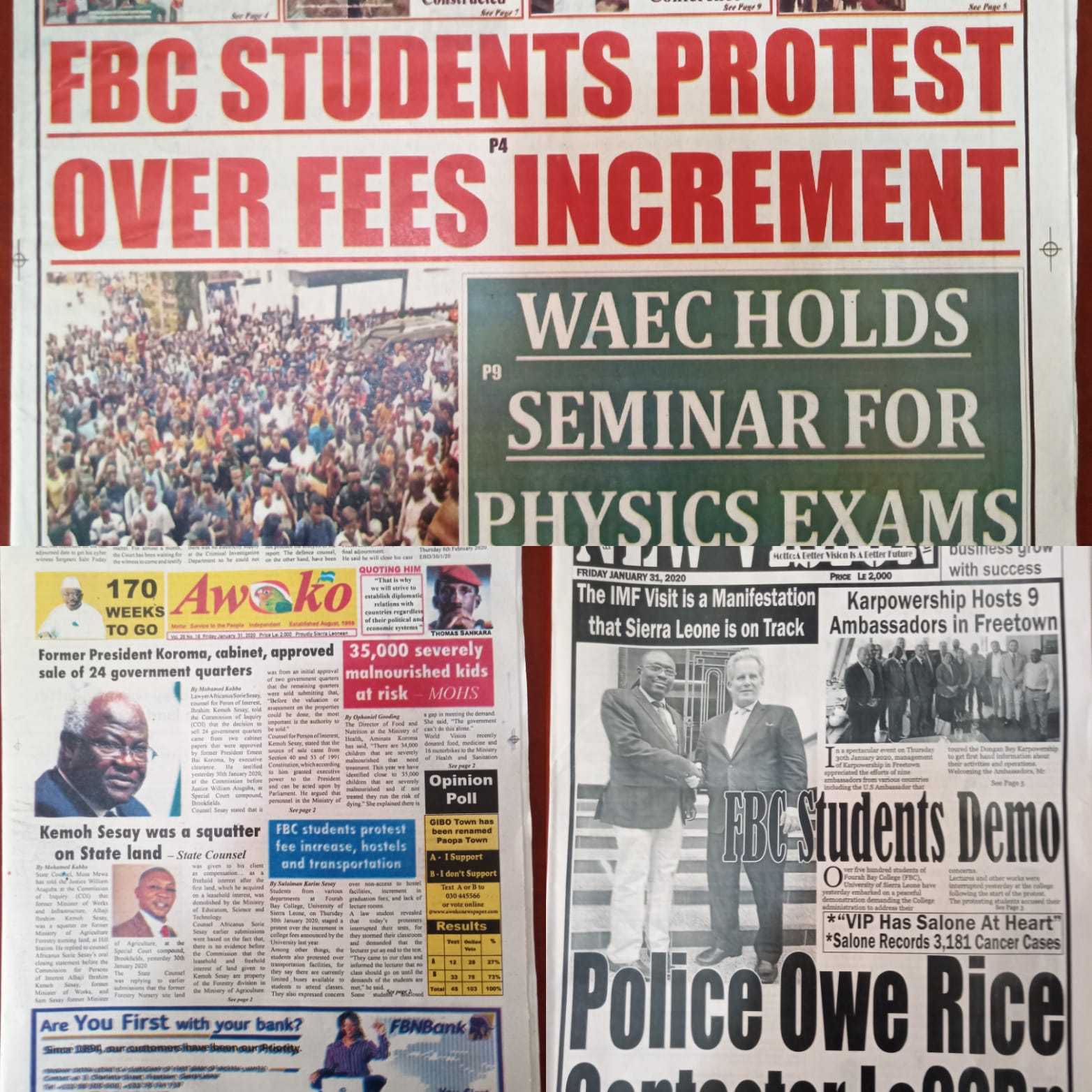 Evidence found at the Commissions of Inquiry proved that Former President, Ernest Bai Koroma and his Cabinet approved the selling of 24 government quarters to civil servants. The decision to sell the 24 quarters was made after an initial plan of selling 2 quarters before the valuation of government properties by the Ministry of Works and Infrastructure. This lead to  the Ministry of Works abandoning the valuation process since they found out the properties were sold.

Students from the Fourah Bay College, University of Sierra Leone  protested on campus over the administration’s increment of tuition and graduation fees. Among other things, the protesters raised concerns over students access to hostel facilities, inadequate lecture rooms and transportation issues, as there are limited buses to take them to and from campus. The protest interrupted lectures and stopped lecturers from conducting tests.

Office of the First Lady receives 60 Computers from the Chinese Ambassador.

The Chinese Ambassador to Sierra Leone, H.E Hu Zhanliang donated 60 laptop computers to the Office of the First Lady, Mrs Fatima Maada Bio. this donation was made as part of their commitment in supporting the Free Quality Education, and the First Lady’s ‘Hands Of our Girls Campaign’.

Chairman of the Appropriation Subcommittee, Alusine Kanneh disclosed that The Sierra Leone Police owe their rice contractor the sum of 22 billion leones for food rations. This was disclosed in the committee’s report on the budget for 2020 approved by parliament. There has been no supply of food rations for over four months. This huge debt is due to non-availability of funds to pay the contractor.