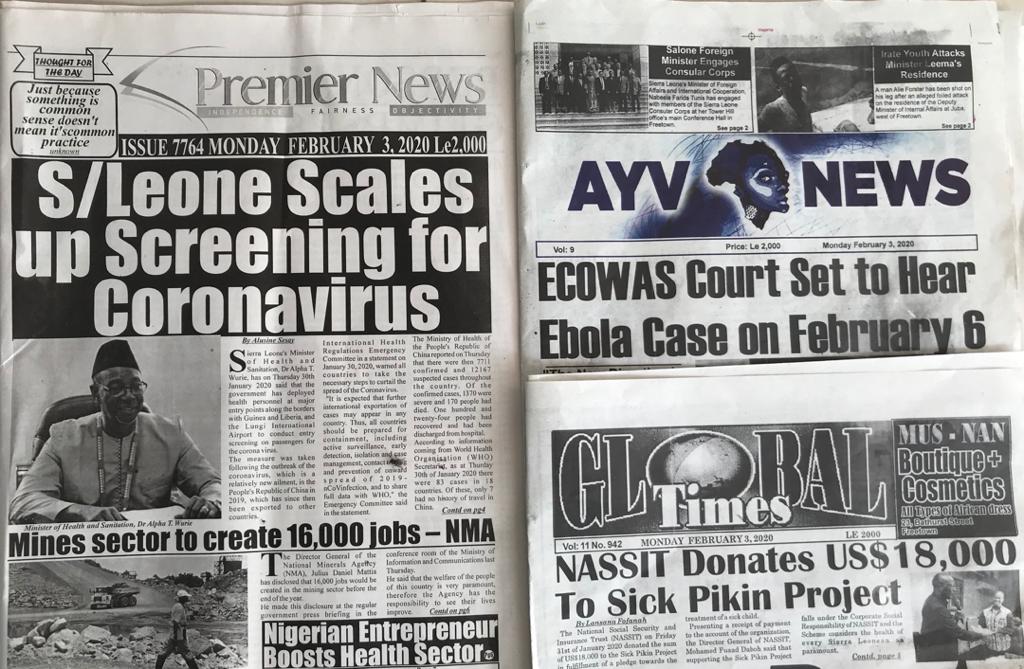 The minister of Health and Sanitation Dr. Alpha T. Wurie on Thursday 30th January said that the government has deployed health personnel at major entry points into the country along the borders with Guinea and Liberia and the Lungi International Airport to conduct entry screening on passengers in order to prevent the Coronavirus which started in China and has been exported to other countries. The  Coronavirus was declared a Global Health Emergency on Thursday.

The National Social Security and Insurance Trust (NASSIT) donated $18,000 to the Sick Pikin Project on 31 January. The Director-General of NASSIT Mohamed Fuaad Daboh presented a receipt of payment to the account of the organization and an additional sum of le 10,000,000 also as a small contribution from employees of NASSIT as their own support towards the Sick Pikin Project. Ishmael Alfred Charles,  Sick Pikin Project Co-ordinator received the funds.