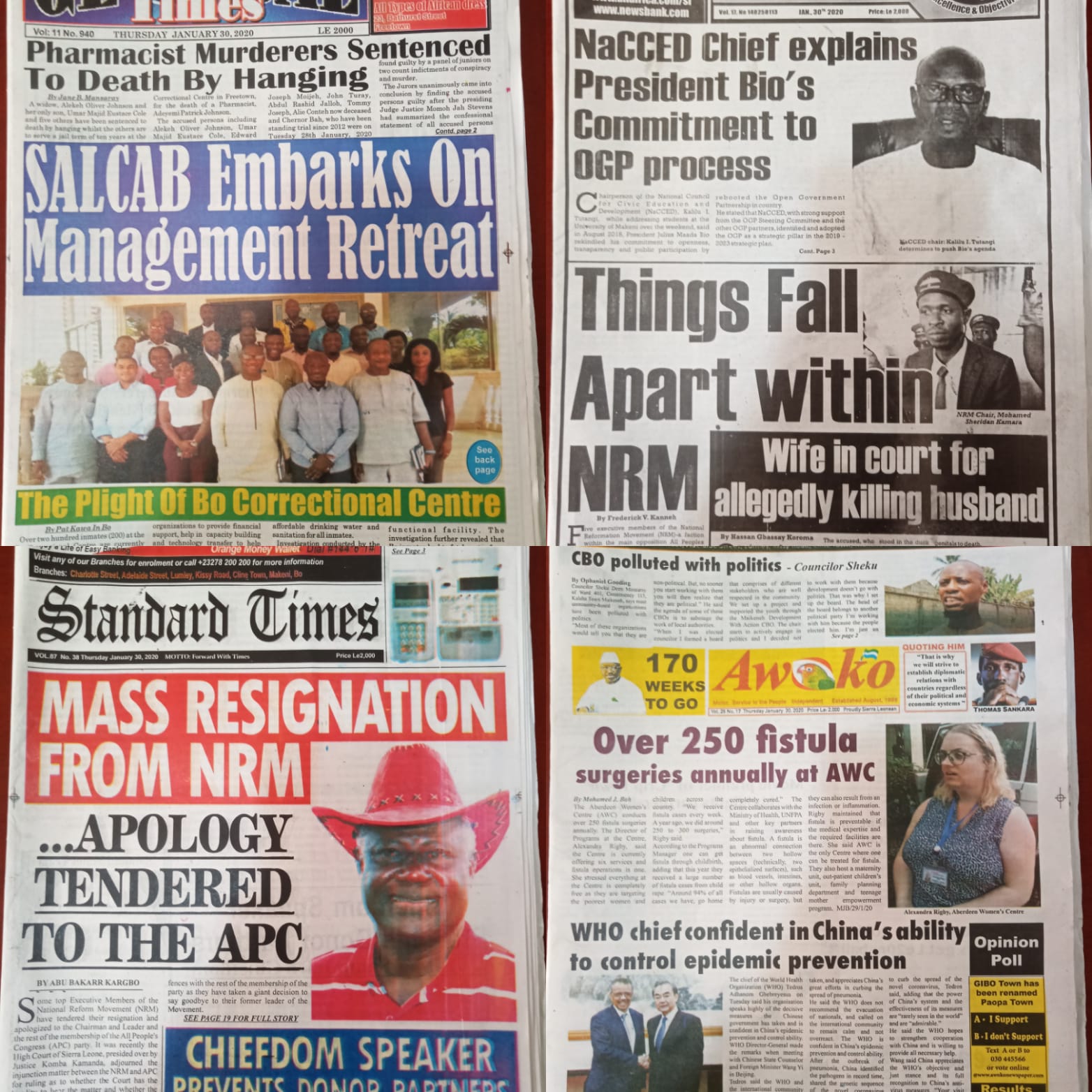 Former Coordinator and 10 others resign from NRM.

The former Coordinator of the National Reformation Movement (NRM), Alpha Timbo Koroma and 10 other members of the NRM have tendered their resignation from NRM- which is a faction of the All People’s Congress Political Party. The resignation letter was signed by the Coordinator and ten others following his suspension for accepting a position as (Task Force) from APC. The reasons for their resignation was not stated in the letter.

Fistula cases on the increase in Sierra Leone.

The Aberdeen Women’s Centre conducted over 250 to 300 surgeries of Fistula between 2019 to January 2020. According to Director of Programs at the center Alexandra Rigby, the center received a larger number of Fistula cases as a result of child rape. She added that 94% of the surgery cases return home completely cured.

Inmates at the Bo Correctional Centre Southern region have gone 8 months without safe drinking water supply from Sierra Leone Water Company (SALWACO). The center was made to occupy 80 inmates but it has exceeded that number containing a total of 200 inmates almost tripling the original amount it was built for.. The hand-dug well is no longer functional, and inmates can only get water from streams or neighbors.

Lamrana Bangura is accused of killing her husband by squeezing his genitals to death. Bangura was living together with her husband at Waterloo, when an argument led to a fight between them and she had to continuously squeeze his genitals that led to his death. She made her first appearance at the High Court in Freetown on the 29th January, and investigations are ongoing.