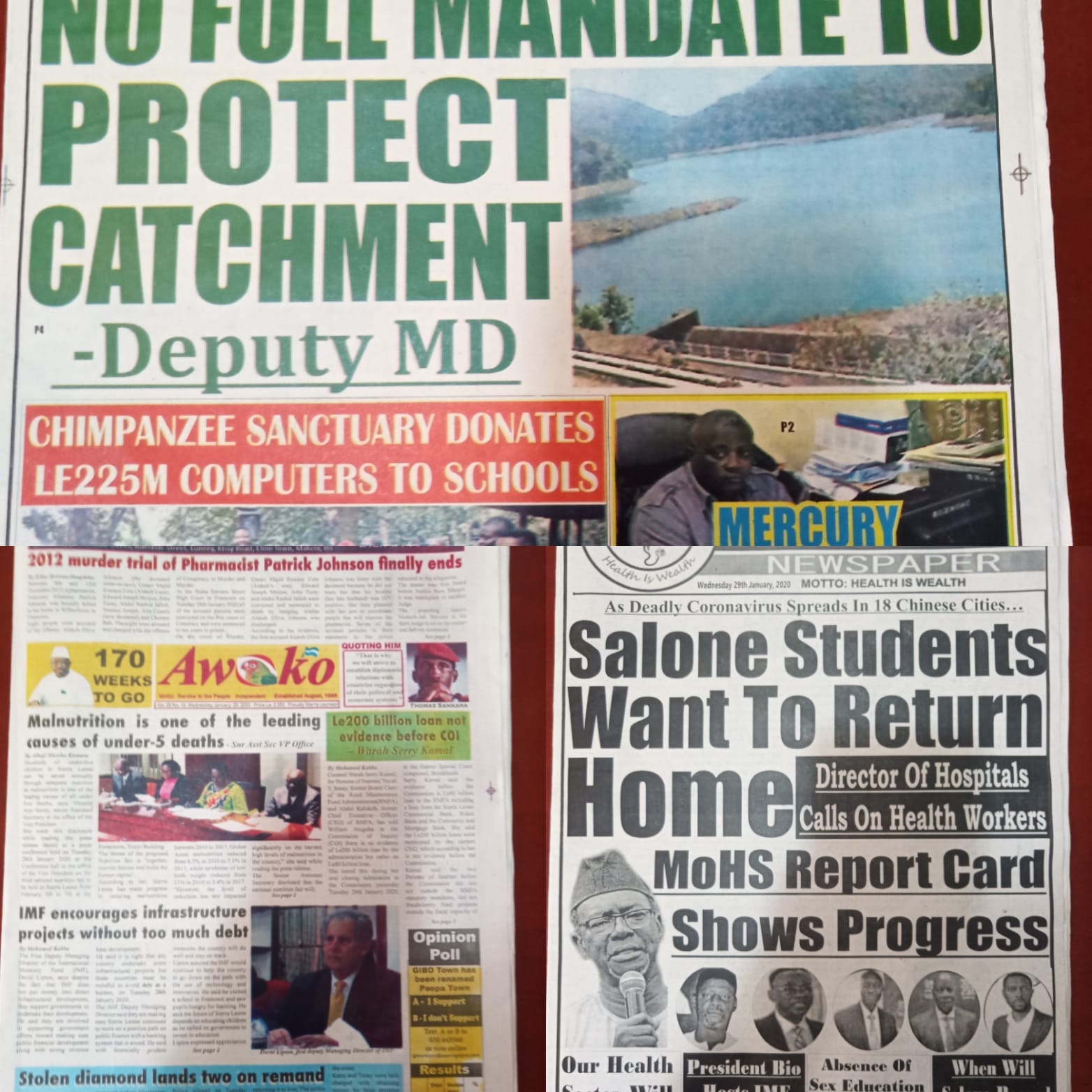 The third National Nutrition Fair will be held on the 5th of  February and will run through to the 7th of February, the fair will focus on tackling issues leading to malnutrition. Malnutrition is the leading cause of death among children below the age of five in Sierra Leone, the country made progress in the  Global Acute malnutrition reduction between 2010-2017 from 8.5% to 5.1%, but it still did not impact the current level of malnutrition in the country.

The Tacugama Chimpanzee Sanctuary (TCS) with support from Kinder World Foundation donated laptop computers and iPads worth 225 million leones to 10 schools. This move according to the founder of TCS, Mr Bala Amaraseakaran is to support the Free Quality Education and promote ICT in schools.