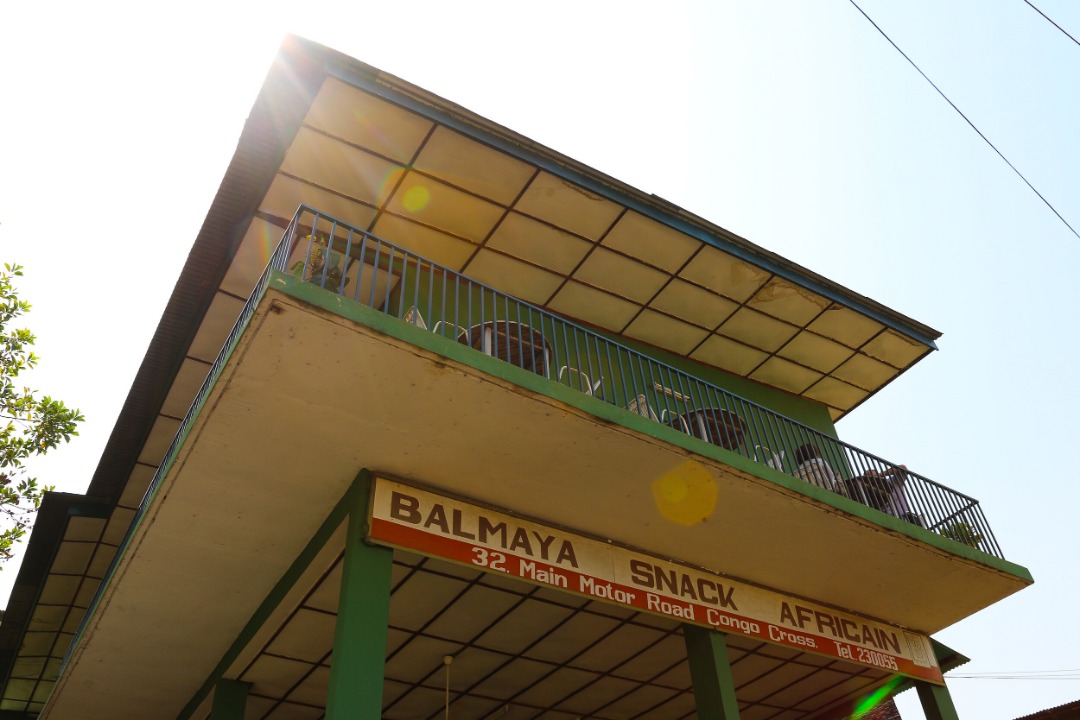 After 40 years Balmaya has closed its doors, a piece of Sierra Leone’s history-one woman’s legacy is gone forever.

When I was going to school at Mereweather, I would look out to Balmaya from the window of my mom’s maroon Subaru. To my young eyes, Balmaya was another world, a posh, upscale society to which I could never belong.

I left Sierra Leone in 1994 and came back in 1996.  In that year that I attended Limount College, Aunty Joy’s Balmaya was still there. One day Mummy K took me to Balmaya. She was there to meet a woman named Joy. In that meeting, I would learn that the upscale society’s lead curator and founder Joy Samake was my grandfather’s niece. And just like that, I became somebody.  I knew if this woman and I were kin in any way whatsoever that mi yone Vickie na posin.

Less than a year after I moved back home the 1997 coup d’etat happened and like other 80s babies we saw our cities and towns burn to flames, and blood on our streets. We fled to Guinea. From there I went back to Ethiopia.

In 2007, I gave up my Harlem nights for Freetown blackouts. I was 22. It was the best of times. I convinced my best friend Adama to join me in Freetown. She came. When we were looking for a place to launch our fashion brand, I thought what better place than at the Mecca of Freetown upscale society. We had our first collection upstairs at Balmaya. Aunty Joy treated us like the annoyances that we were, she was hilarious. When you were doing business with Aunty Joy you knew she was doing you a favor because you knew it wasn’t about the money at all. Aunty Joy wasn’t driven by money. She had a sense of purpose and resolve about maintaining Balmaya at a high standard of excellence that is what kept her going over the years.

Aunty Joy was Afroprolitan long before the phrase was coined. She would tell us tales that ran from Dakar to New York, Paris to London. And speaking of France…you could not possibly appreciate the style and grace of Joy Samake if you have not been to the French Riviera.

I left Sierra Leone in 2011 and moved back to New York. From NYC I moved to Ghana. In 2015 I came home, three months pregnant to report on how women had contributed to the nation’s fight against ebola. Balmaya was open. From the first case of Ebola to the last Aunty Joy had kept her doors open.

I spent a day photographing her for GoWoman Magazine. Even though she agreed to do the interview in true Joy Samake fashion she made me feel like I was just wasting her precious time with all my questions of whys and hows. She did want to talk to me of course but Aunty Joy always had to keep up her facade of toughness because she knew that we could actually see through her. That yes she wanted us at Balmaya, she loved having us there just as much as we loved being in our Balmaya.

On January 23, 2017, Joy Selina Samake passed away. She was 77 years old. For more than half of her life she was the proprietor of Balmaya Restaurant and Arts Gallery. She curated art, and put local content from food, to textiles where it ought to be on a pedestal. Everything she did was for the culture. If you need the latest release of a book written by a Sierra Leonean that wasn’t anywhere else in town you could get it at Balmaya.

In July 2019, one of the trustees of Aunty Joy’s estate told me in confidence that Balmaya was going to have to close. She explained why. Less than three years after Aunty Joy’s passing that day has finally come. In 2015, Balmaya had a dozen employees, that number is now zero.

The closing of Balmaya has reminded me of a conversation I had with my father a year ago about inheritance and legacy.

If you go around town in Sierra Leone you see a lot of shop signs that read this and sons, that and sons. I have friends who are third generation Lebanese-Sierra Leoneans and Indian-Sierra Leoneans who can tell you how their ancestors got here and the businesses they started and how those businesses have grown into other businesses.

The children go to college but one of them, if not all, always returns to work in the family business to grow what their ancestors created. Keeping the business alive is as much about profit-making as it is a matter of family pride.

As we mourn the loss of one of Freetown’s oldest businesses and honor the memory of Aunty Joy I hope we in the upmarket society take this time as a moment of reflection: If we do not value the “small small” business way wi pipul den day do, wetin dat say bot wi sef? What is the price of legacy?