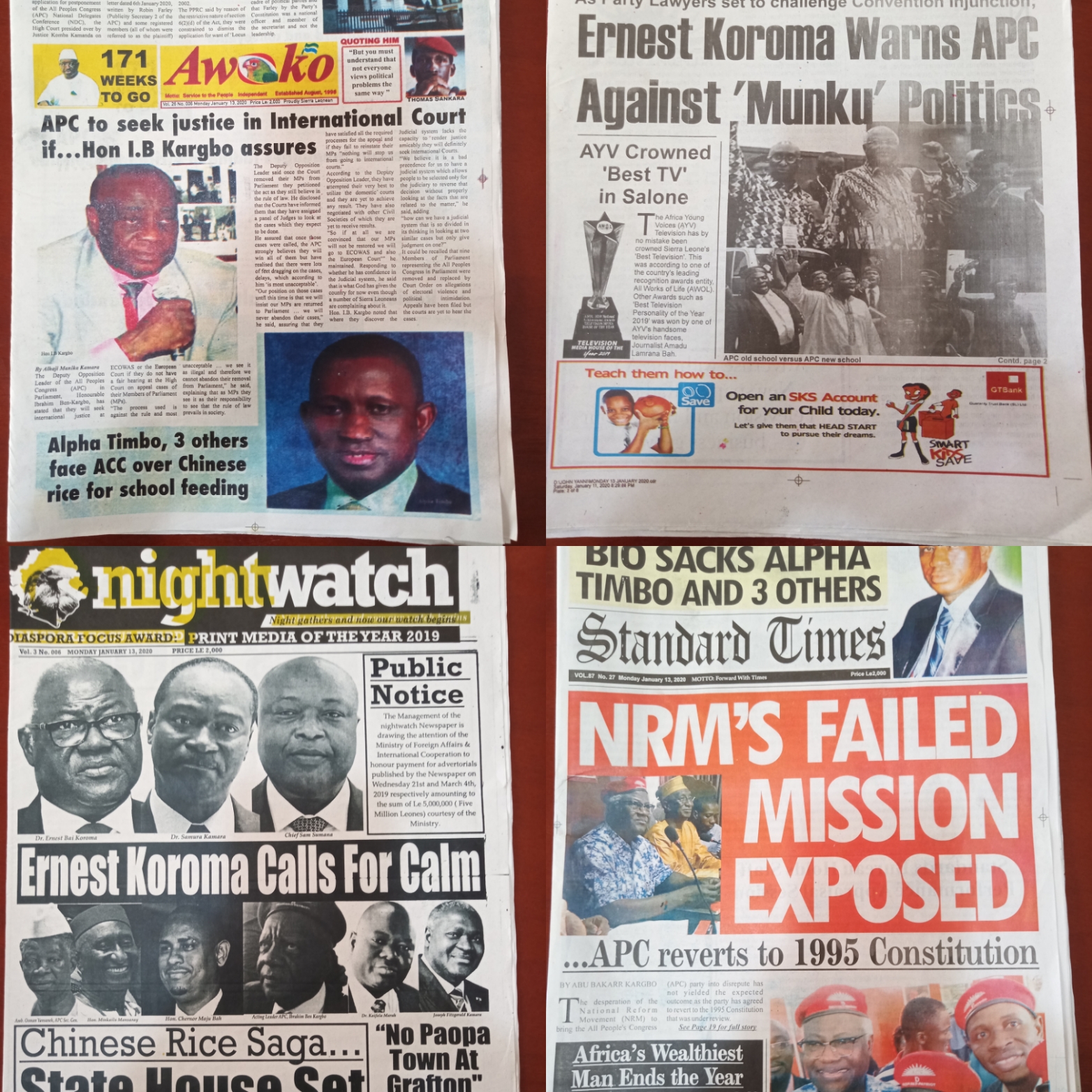 Alpha Timbo and three others relieved from duties.

His excellency the president Julius Maada Bio has relieved four government officials from duties as a result of alleged corruption on embezzlement of a huge sum of rice that was donated by the government of the People’s Republic of China for Sierra Leone’s free education feeding project. Former Minister of Basic and Senior Secondary School Education(Alpha Timbo), Emily Kadiatu Gogra (Deputy Minister), Charles Kamanda (Permanent Secretary), and Mamusu Massaquio (Director of Nutrition) will all be investigated by the Anti-Corruption Commission (ACC).

The President’s loan of thirty million dollars negotiated at Forum for China Africa Cooperation for the fiber backbone is in progress, which was made on 1% interest rate. The fiber backbone is said to improve internet services in the country especially for Kambia, Pujehun, Koinadugu, Bonthe,andKailahun districts. Schools, district councils, city councils and hospitals along the fiber roads will be connected for much better services.

Government to decide on the use of ECO currency or LEONE.

Bank Governor, Professor Kelfala M. Kallon says Sierra Leone is yet to decide on whether to adopt the use of single currency proposed by Ecowas, named ECO for West African countries or continue with the Leone. There will be a Governors’ meeting scheduled for 16th January 2020, which will comprise of all Governors of Central Banks in West Africa to discuss the implications of the currency.  It will be known after the meeting if Sierra Leone will adapt the Eco or stay with the Leones.

Minister of Energy and Power Supply, Hon. Alhaji Kanja Sesay was invited to witness the 10th Assembly of the International Renewable Energy Agency (IRENA) 2020, which takes place in Abu Dhabi, United Arab Emirates. This meeting is held annually and hosts 1,500 delegates from 150 countries to discuss what renewable Energy can do to achieve sustainable development goals, and that jobs in renewables could reach 40 million by 2050.