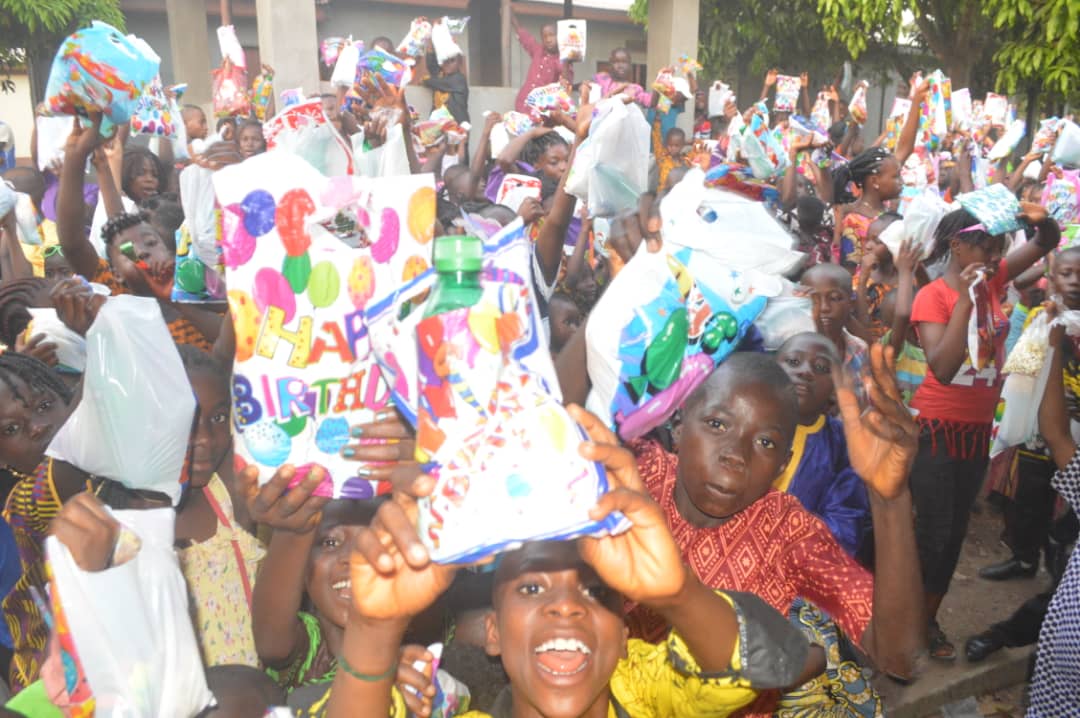 500 Kids in Kono had enough reason to smile thanks to the Abdulai’s Christmas Campaign.

The Abdulai’s Christmas Campaign for Sierra Leone held it annual Christmas party for over 500 children from Bongalow, Kissi Bona and Koeyor Communities in Koidu Town, Kono District in honor of the Richer’s Family in America.

This year’s celebration was held at the Diomplor Primary School in Bongalow, Kania junction. Kids from the three communities were in attendance and most of them participated in competitions.

The ceremony was opened with prayers from both the Christian and Muslim side by the kids.

There was enough food, drinks, snacks and activities which the children enjoyed for Free. The activities included dancing, poem recitation, scripture reading and spelling bee. Winners of the various competitions had a take home price and all the participants were awarded with gifts. The celebration was brought to an end by each child receiving a gift bag. This year’s celebration was super exciting as all the kids had a great time together.

Abdulai Gad Swaray is a war orphan from Sierra Leone who was raised in an orphanage in Bo District. He is the founder of the Abdulai’s Christmas Campaign. He is currently based in the US. The campaign is about bringing joy to less privileged children in the country during the Christmas holiday.

Swaray decided to dedicate this year’s Christmas party to the Richer’s family who have been a strong pillar to him and his family as a way to show his appreciation.

The Abdulai’s Christmas campaign for Sierra Leone is a vision swarray had as a boy growing up in an orphanage. Growing up, he saw rich kids going out enjoying Christmas, have a lot to eat and drink, Unfortunately, that was not the case for him he says.

This anticipated him to help other less privileged kids when he grows older. This vision was manifested two years ago and the Campaign was first held in Bo District.