It’s in light with this statistics and the recent spread of Ebola in neighboring Uganda as of June 24, wherein there has been a total of three confirmed cases of Ebola that Ebola has been declared by WHO a Public Health Emergency of International Concern (PHEIC) on July 17,2019. 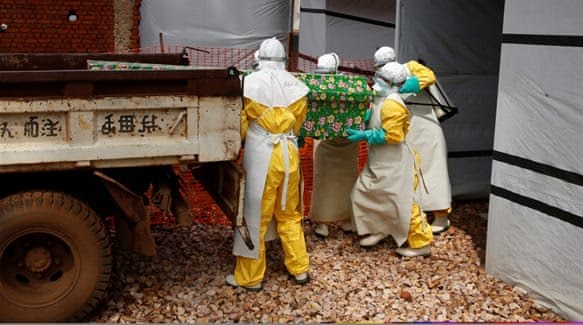 All three individuals have said to have recently travelled to the DRC, and all succumbed to the disease.
This was the fourth time that the W.H.O. had considered whether to declare a global health emergency in the Congo outbreak. It stopped short the first three times, even though some aid agencies and public health officials had called on the organization to do so in hopes such an order would elicit more funds and recruit more health workers to the region.

The disease reached Goma, a city of nearly two million people; the outbreak has raged for a year; the virus has flared again in spots where it had once been contained; and the epidemic hot zone has geographically expanded.
A Public Health Emergency of International Concern (PHEIC) is a formal declaration by the World Health Organization (WHO) of “an extraordinary event which is determined to constitute a public health risk to other states through the international spread of disease and to potentially require a coordinated international response”, formulated when a situation arises that is “serious, sudden, unusual or unexpected”, which “carries implications for public health beyond the affected State’s national border” and “may require immediate international action”.
A PHEIC declaration carries legal obligations requiring affected states to cooperate with the WHO in coordinating an outbreak response plan and also puts the global public health community on notice signifying a substantial health security risk to the world.

For more on this News Click on the following links: