Former Gambian President Yahya Jammeh once boasted that he could rule the country for a billion years. The 22 years he did manage were marked by corruption, torture and the brutal repression of his opponents. But in 2016, a radical protest movement emerged, sparked by Jammeh’s blatant attempt to rig a national election. Within a year Jammeh was been forced out of office and into exile. 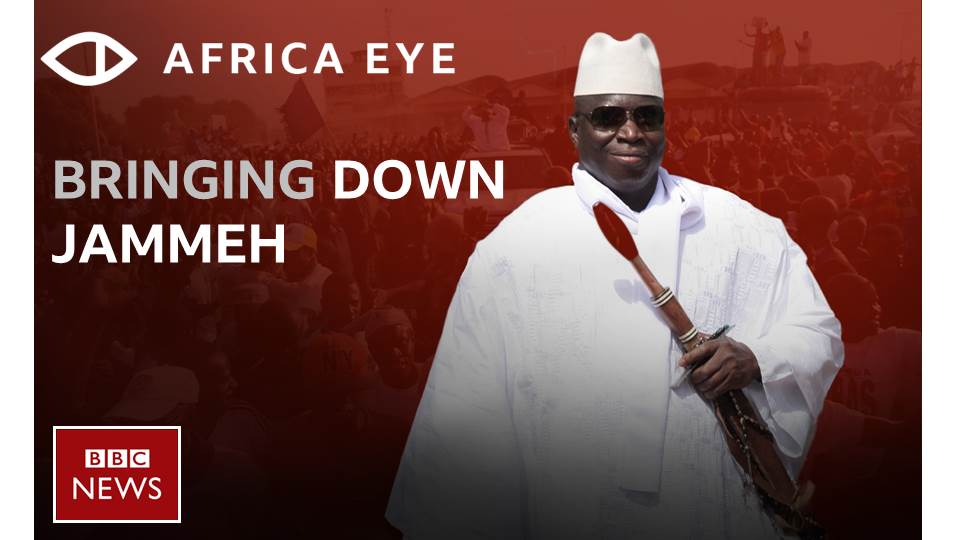 The appointment of a new, elected president, Adama Barrow, offered Gambians fresh hope. But some of the worst offenders of the Jammeh era remain in positions of power and Gambia’s new president is already showing signs of overstaying his welcome.

Africa Eye reveals the inside story of Jammeh’s overthrow, and how those behind it continue the fight for a democratic Gambia.

Click on this link to view the embeddable clip.

The full length investigation can be viewed here

“Sierra Leone’s emergency on rape has been bittersweet” – Vickie Remoe

Where is the president of Sierra Leone

Leone Stars Needs A Win Against Benin to...