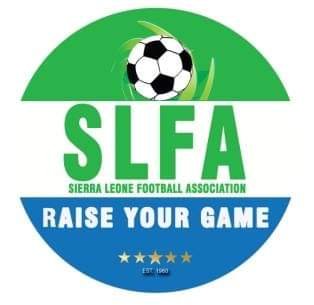 Sierra Leone’s Anti Corruption Commission has released a statement in which it accepts the ruling of the High Court judgement which was delivered on the 27th May 2019, by justice Reginald Sydney Fynn jr in which Isha Johansen and Chris Karama were acquitted and discharged for any wrongdoing. 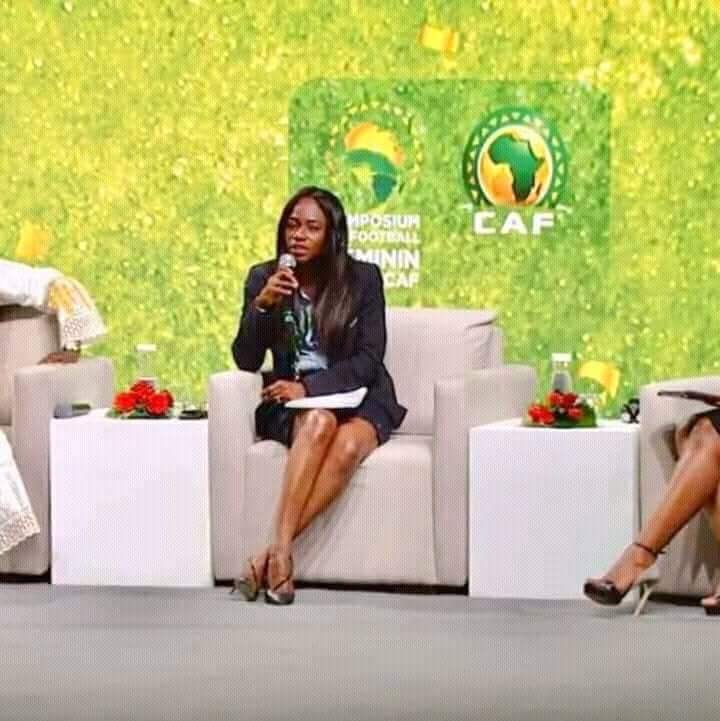 The statements further reveal that the prosecution department of anti-graft institution will review the judgement and decide whether it will lodge an appeal on the judgement. 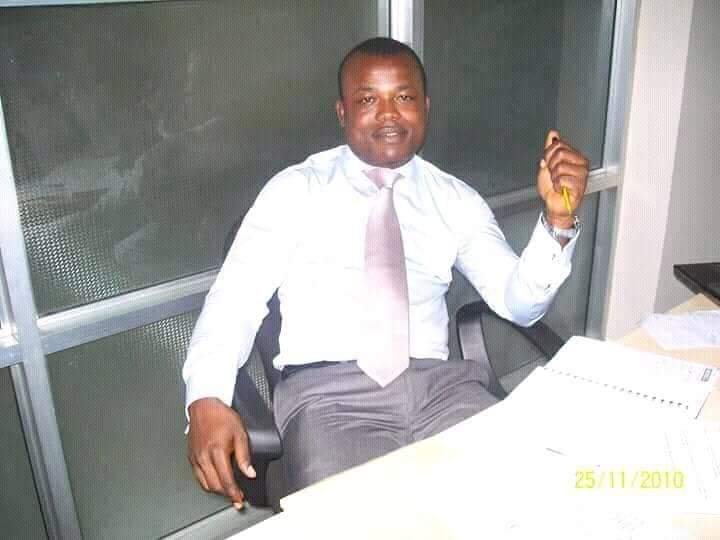 In addition, the release reaffirms that the SLFA President and Secretary-General will continue to serve their positions without any interference from ACC. 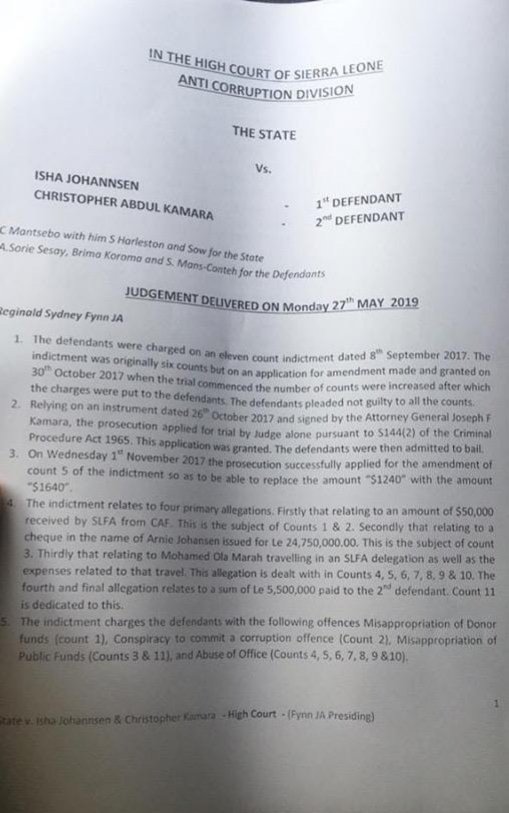 Here is what the statement reads, 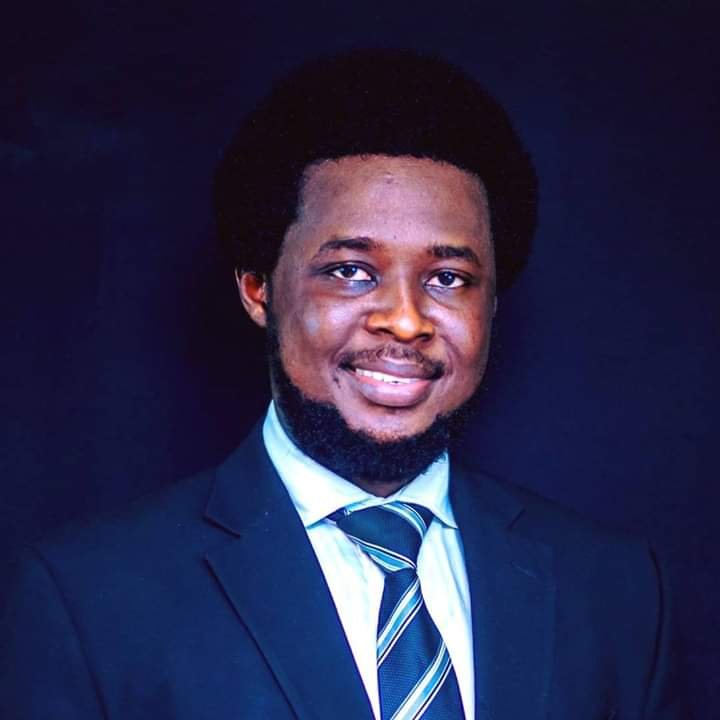 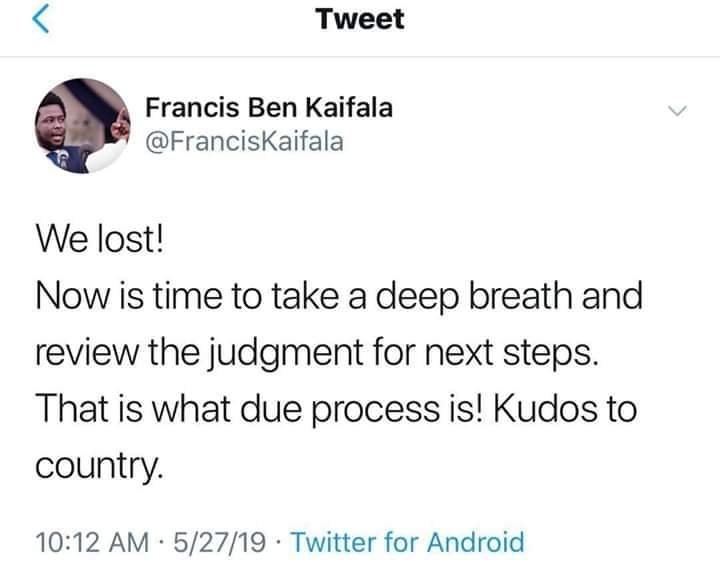 The Anti-Corruption Commission (ACC) wishes to inform the public that the High Court of Sierra Leone Holden in Freetown, and presided over by Justice Reginald Sydney Fynn Jr., has on Monday 27th May, 2019 acquitted and discharged Madam Isha Johansen, and Mr. Chris Kamara, President and Secretary General respectively, of the Sierra Leone Football Association (SLFA), on three counts of corruption offences contrary to the Anti-Corruption Act 2008.The ACC, which has as its bedrock, adherence to the due process, accepts the judgment of the court while our prosecutors are reviewing our next steps in line with the law.The Department of Prosecution will, therefore, review the judgment and the decision of the court, and a decision will be taken in due course whether or not to appeal the judgment.The Commission wishes to reaffirm its position that a public official standing trial has to stand suspended until the end of the trial. Since in this case, the trial has now ended, Madam Johansen and Mr Kamara will henceforth continue to serve as President and Secretary General respectively of the SLFA going forward without any interference or hindrance from the ACC.The Anti-Corruption Commission wishes to reassure the general public of its resolve to fight corruption and pursue justice at all times without fear or favour.”

Speaking to Baimba Sesay who is currently the highest goal scorer in the ongoing Sierra Leone Premier League, he explained that the ruling is a step in the right direction for him as a player and the country as a whole. 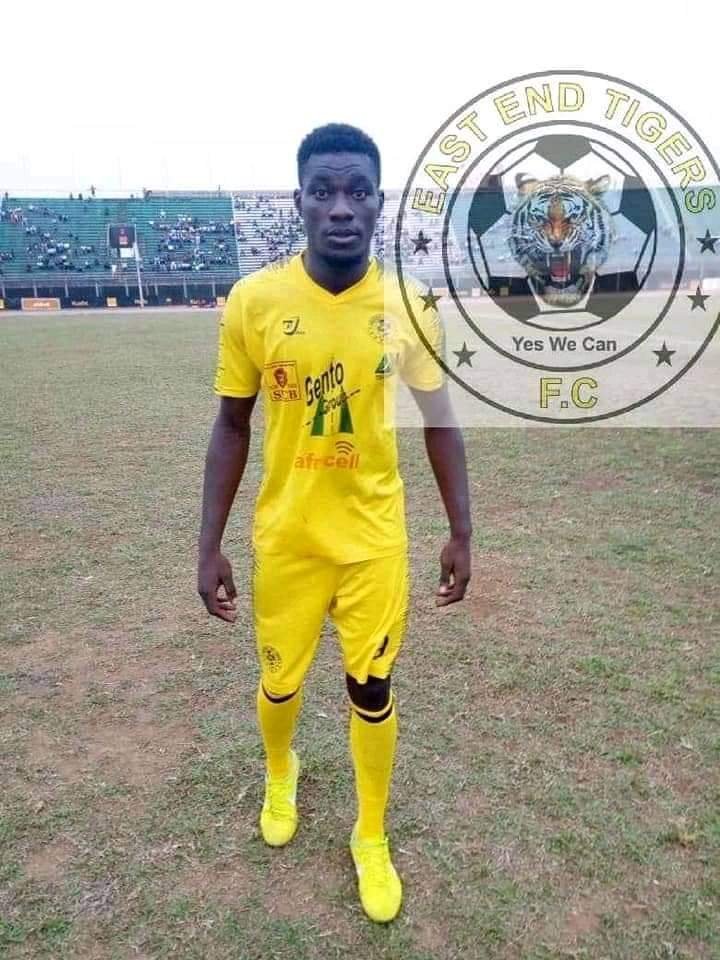 ” I think this means a lot for Sierra Leone football, especially at a time when the game has taken a positive dimension in the country. The FIFA ban is going to be lifted and our national team will compete internationally, and clubs will be considered in international competition, so basically we are back to the international arena,” Sesay said.

Football loving fans are really excited about the latest development in the game, as this means that very soon we will see FIFA lift the suspension that was slammed last year.

Sierra Leone weekly video news round up No....

Where to eat in Freetown – Sierra Leone’s...

Made in Sierra Leone by Marika Enterprises Palm...

the Boys at Bumbuna