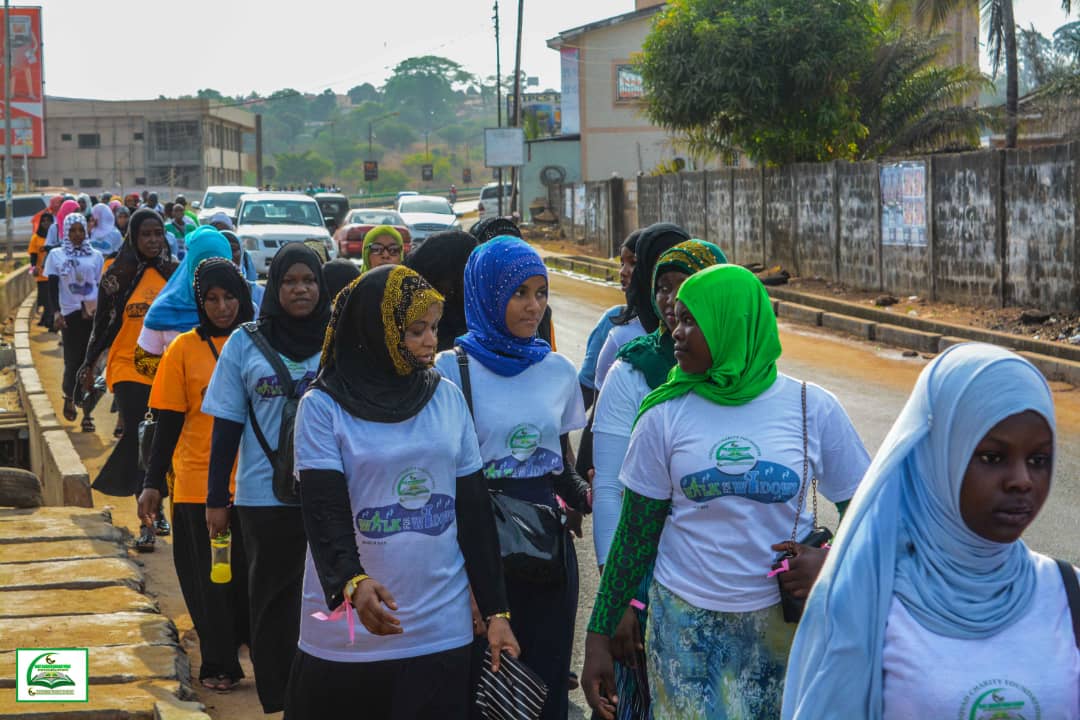 An Islamic relief foundation known as DAQVAH Charity Foundation has ended their annual Charity Walk/Run for Widows tagged as ‘Walk for Widows,’

The event was aimed at raising awareness on the plights faced by widows in Sierra Leone and mobilizing resources to address the unbearable challenges widows face especially in bringing up their orphaned children.

Hundreds of participants, including but not limited to Islamic organizations, families and institutions all turned out in their numbers to support widows.

Speaking in an exclusive interview with this writer, the Executive Director Of DAQVAH Charity Foundation, Mariam Sedik Kamara says, that widows are vulnerable and usually neglected in society, hence they saw the need as a foundation to take this venture.

” Widows belong to sectors that are so vulnerable and people don’t pay much attention to them; they have so much plights in sustaining themselves and raising their kids after the death of their husbands” Says Kamara.

She further stated that the Islamic religion demands that one should always pay attention to widows and help in raising their status in society.

Kamara concluded that the event is organized as a fundraising strategy in which proceeds will go to the widows.

Addressing his audience, a renowned Islamic scholar, Dr. Ahmad Ramadan Jalloh, commended the foundation for their work noting that there are many rewards for people who support widows.

“In our societies, women who are widowed find it very difficult as many men frown at marrying them; thus, adding to their sufferings” Dr. Jalloh stated.

He emphasized on the need to end those sufferings, calling on all to come on board as Islam is not just about the religious aspect but also the human aspect.

Chief Imam of Kabatullah Masjid in Aberdeen, Alhaji Mohamed Zanunu Deen, who served as keynote speaker, says ” Islam puts in place everything that should be done for people who’ve lost their husbands, but we are not following those things and are getting things mixed up in treating widows.” 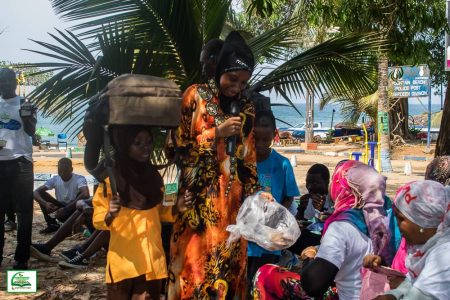 A scene from the drama on Widows (Photo Credit: DAQVAH)

A drama on the plights of widows by Awalu Theater Group, fundraising activities and medical check ups by the College of Medicine Muslim Jamat all formed part of the event.

The event was climaxed with distribution of certificates to winners of the Running and Walking categories.

DAQVAH is an Independent Islamic relief foundation that caters for the poor and needy especially women and children established in 2015.