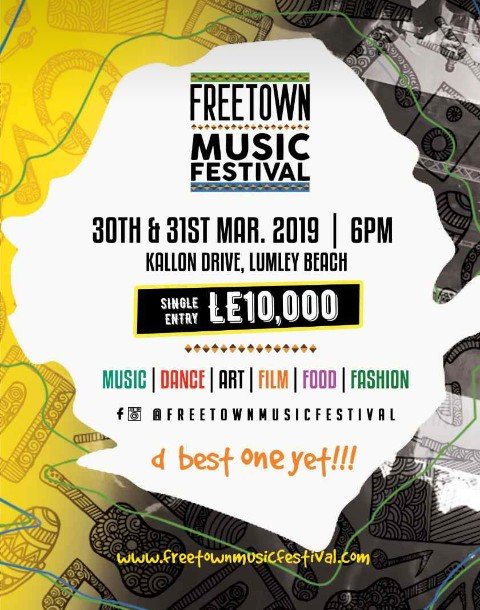 Sierra Leone’s beachside two-day music festival is back after a couple of years on hiatus. Freetown Music Festival is an annual music, art, film, food, and fashion festival on Lumley Beach.

This year’s edition will take place on March 30-31st. Fans can expect gospel, afrobeat, pop, hip-hop, and more on two stages. There will also be a dance competition, art installation, info booths, food, fashion and a film screening by “Opin yu yi.”

Stage one “Africell’s Bai Bureh Stage”, will host the biggest local names in the in Afro-pop and Hip Hop, while stage two “Heineken’s Madam Yoko Stage” will feature Tok U Tok from 2 Guys Restaurant with music, poetry, comedy and a special piece by the V Monologues.

According to a press release from the organizer’s “the Festival intends to use the events as a platform for the creative youths of Sierra Leone to express, engage and connect. Up and coming musicians from youth organization Way Out will perform on the main and social issues affecting the young generation will also be featured as part of a discussion series scheduled to happen on festival days (teenage pregnancy, drug abuse, gender-based violence).”

Performers for this year festival: 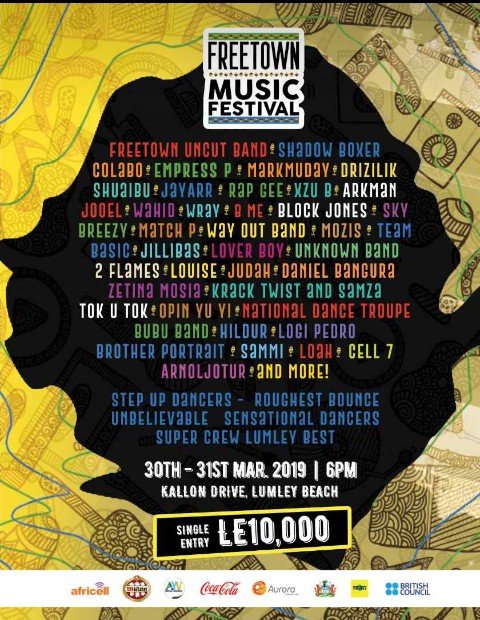