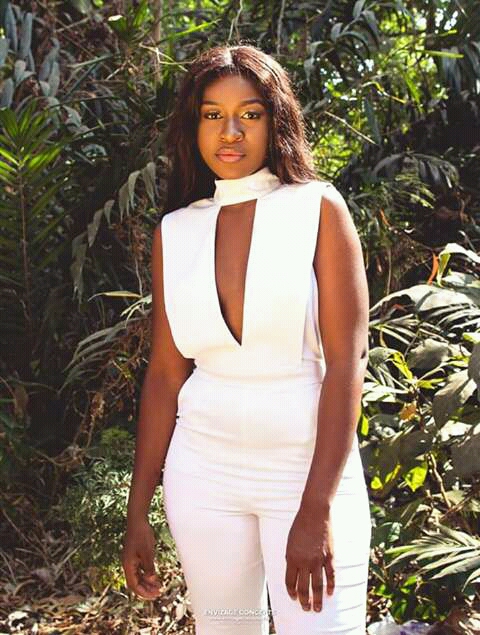 Here are four amazing Housemate Salone female contestants that have done incredibly well in the House, true to their audition words and have given the viewers reason to glue to their television.

She is a darling and an inspiration to many. Over the past weeks, she has come off as  official/professional. She believes that her life is not just hers but she lives to inspire other women and girls. She talks about her charity, ‘Every Child Dream Foundation’ that helps children n in vulnerable communities in Sierra Leone with education and to fight against abuse. Swoad Koroma is very intelligent and smart. Her intelligence was on full display during the debate and the rap competition. She is also a good team player and a peace maker. We all watched how she build the broken relationship between Bintu and Jennifer. She has a first-class degree with honors in Commerce from the University of Sierra Leone. She loves to dance and her dance step are always super good.

She is also one of the smartest girls in the house. We enjoyed her debate presentation and her rap lyrics. She has also been one of the few that always give a good reason why she put someone up for eviction. Enid is a sexy and industrious person. We all admire her story of how she is helping her family. She also looks amazing in her bikini. Apart from this, she has been the head of the Shukubly Team. The Shukubly Team is full of a good deal of suspense, drama, conflict, and love. The Shukubly team always gives us a reason to watch the show. Enid also gives us good wife material vibes, we still can hear her sweet voice calling “way mi Timberlan”.

The First two weeks everyone thought Bintu was an annoying person but people got her wrong. She is an outgoing person and a mad lover. The way she loved and was attached to Dwight was unbelievable. She is also a fearless, bold and courageous person. As the battle keeps going on, her fellow housemates have come to realize how kind she is. Many people refer to Bintu as Small Zainab Sheriff. Not only because she is an outspoken plain preacher but also because she is an inspiration to many women. She is the founder of a charity foundation that helps vulnerable women and children. Housemate Salone will be boring without her. She absolutely has talked more than everyone in the house. She is a second-year student of the University of Sierra Leone

She is a very passionate, calculated, and intelligent person. We were all amazed by the confidence and smartness by which she delivered her debate. It was absolutely clear that she was the best debater. She did an incredibly great job with the last rap competition. She also makes us laugh. For instance, she told her fellow Housemates she loves to fart. Dilys is a humble person and has respect for everyone. Although she does not get along with everyone. She is famously known as the wife of a Boller last week. She gave the world more reason to love her when she joyfully accepted Pampers Boy ( Ibrahim Sorie Barrie) as her partner after he had been rejected by Jennifer Jabba. There is a lot of suspense and drama behind this contestant. She is a final year student of the University of Sierra Leone.