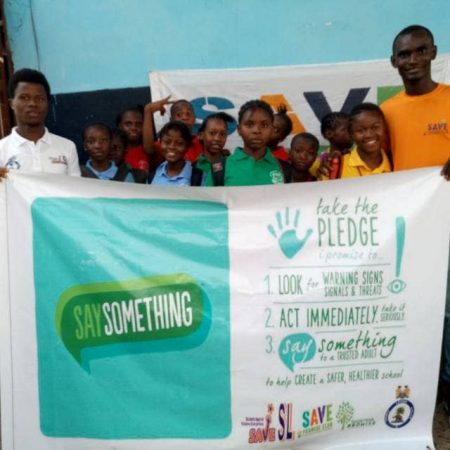 The culture of silence around bullying has for a long time affected many people in Sierra Leone and the world.

Many young people are bullied in school and some undergo threats; the problem of silence has however been a hindrance for many to talk about issues affecting them.

In Sierra Leone, a youth-led organization known as Students Against Violence Everywhere (SAVE-Sierra Leone) in partnership with Save Promise Club and the Sierra Leone Police are trying to address the silence around bullying.

They recently organized an event tagged as ‘Say Something’ staged at the Hammond International School.

Say Something is a free program offered by Sandy Hook Promise that trains middle and high school students how to identify warnings, signs, intervene, and get help for individuals before they hurt themselves or others. 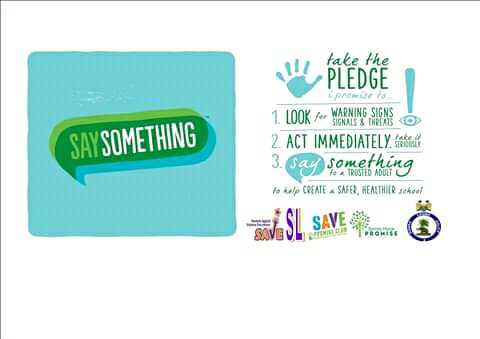 The primary objective of the event is to teach students how to look for warning signs, signals and threats especially in school and on social media.

“People should not have misconceptions about ‘Say Something’ as a way of encouraging gossips, it is rather, to help pupils break the silence and report on issues that are affecting them for proper solutions. We also believe that this event will serve as a platform for other schools to welcome our ideas and be convinced to stage such an event as well,” said David Williams School Outreach Coordinator at Save Sierra Leone.

Addressing his audience, the Head of Media and Public Relations at the Sierra Leone Police, Superintendent Brima Kamara, called on teachers to work collectively with parents and the police in identifying and reporting violence and to maintain strict confidentiality of sources of information they receive.

He called on pupils not to indulge in gang activities and encouraged them to report threats to trusted friends, teachers, and the police.

“The police will maintain constant contact with school authorities and swiftly respond to threats of violence or potential conflict situations in the schools,” said Superintendent Kamara. 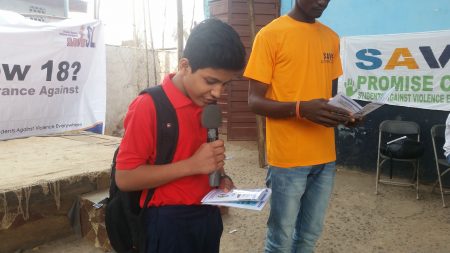 “It was a learning event for me. I learned about the roles of the police and how they should protect us as children. I also learned about our duties and responsibilities in identifying and reporting threats,” said Anas A. Ansari, President of the Save Promise School Club at Hammond International School.

In conclusion, Anas advised his schoolmates not to solve their problems in a rude manner but in a peaceful and respectful way. 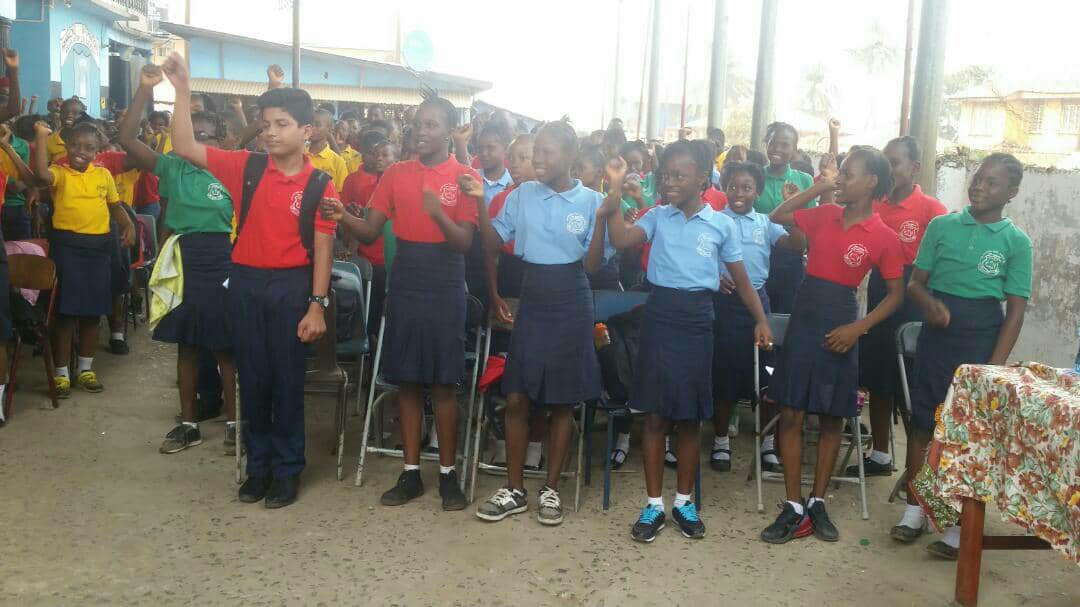 Certificates of appreciation were given to some individuals who have been working on promoting non-violence and inspiring young people.

Spelling Bee, Debate and quiz competitions are among other activities organized by Save Sierra Leone.

Sierra Leone: With just $1.16 Jeneba started a business that saved her from becoming a dropout