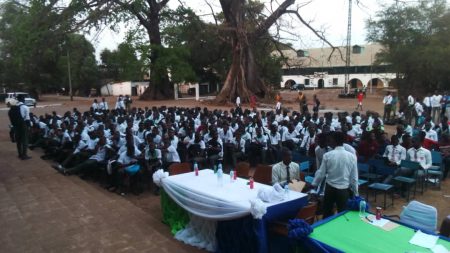 ACross Section of Students at the Event (Photo Credit: Eric Kawa)

Youth-led violence has been a major concern to many in Sierra Leone, especially at sporting events.

To help solve this menace, Anti-Violence Movement Clubs have been set up in various schools across the country.

The Prince of Wales Secondary School is among the schools with Anti-Violence clubs; they recently organized a public speaking competition targeting secondary schools in Freetown, Sierra Leone’s Capital.

Tagged as “Using our Ideas As a Tool to Eradicate Violence,” the event was aimed to raise awareness of the consequences of violence in society.

Ibrahim A. Sidibay is the Vice President of the Prince of Wales Anti-Violence Movement Chapter, he said that the event was organized as a result of the spate of violence in the wake of the recently concluded ‘Inter-Secondary School’ League.’

“We decided to choose various topics on violence so as to identify some of the causes, effects and profer solutions to the problem of violence amongst young people. We gave topics to the participating schools days ahead so as to delve properly on the issues.” said Sidibe.

“Sexual Violence”, “Oral Violence “, and “Violence in School Events” were among the topics presented by the participants.Fatmata Binta Jalloh of St. Joseph’s Secondary School,  said she wanted more events of such nature.

“I have learned lots of things around violence today and I’ll not involve myself in any violent activity, I also believe the messages around sexual violence were well explained by the speakers and hope boys and men would not tamper with women and girls anymore, ” she said. It’s not just violence in schools that’s problem in Sierra Leone, the President just declared a national emergency on sexual violence. 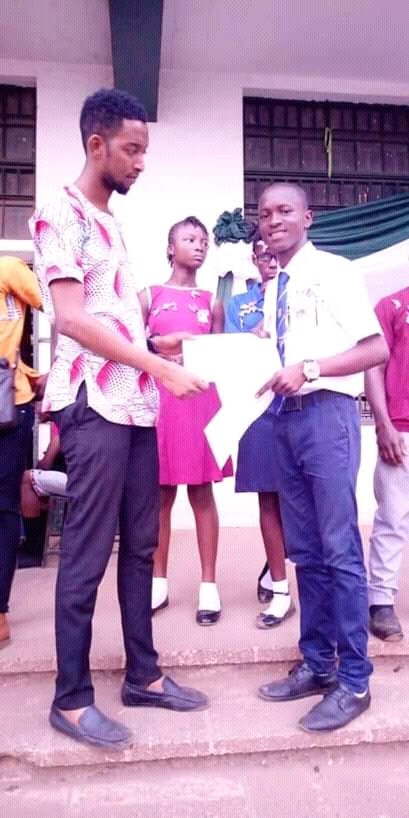 NAMES AND GRADES OF STUDENTS

The event was climaxed with the unveiling of a monument with Anti- Violence logo, funded by the executive of the Prince of Wales Chapter. 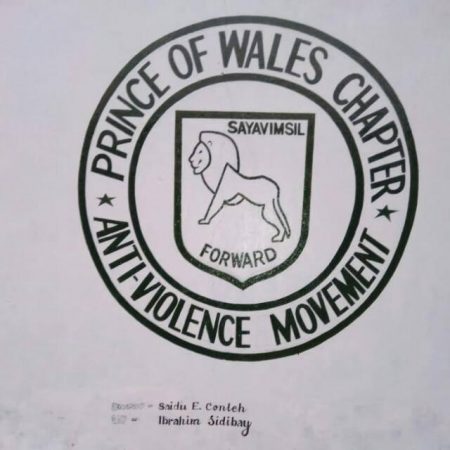 Since its inception in 2013, the Anti-Violence Movement chapter at Prince of Wales has been organizing events to preach against violence among young people in various schools.

Jal’s Designs a brand worth investing in Sierra Leone

Vice President of Sierra Leone to meet with...

The secrets to scientific writing unlocked at DSTI...