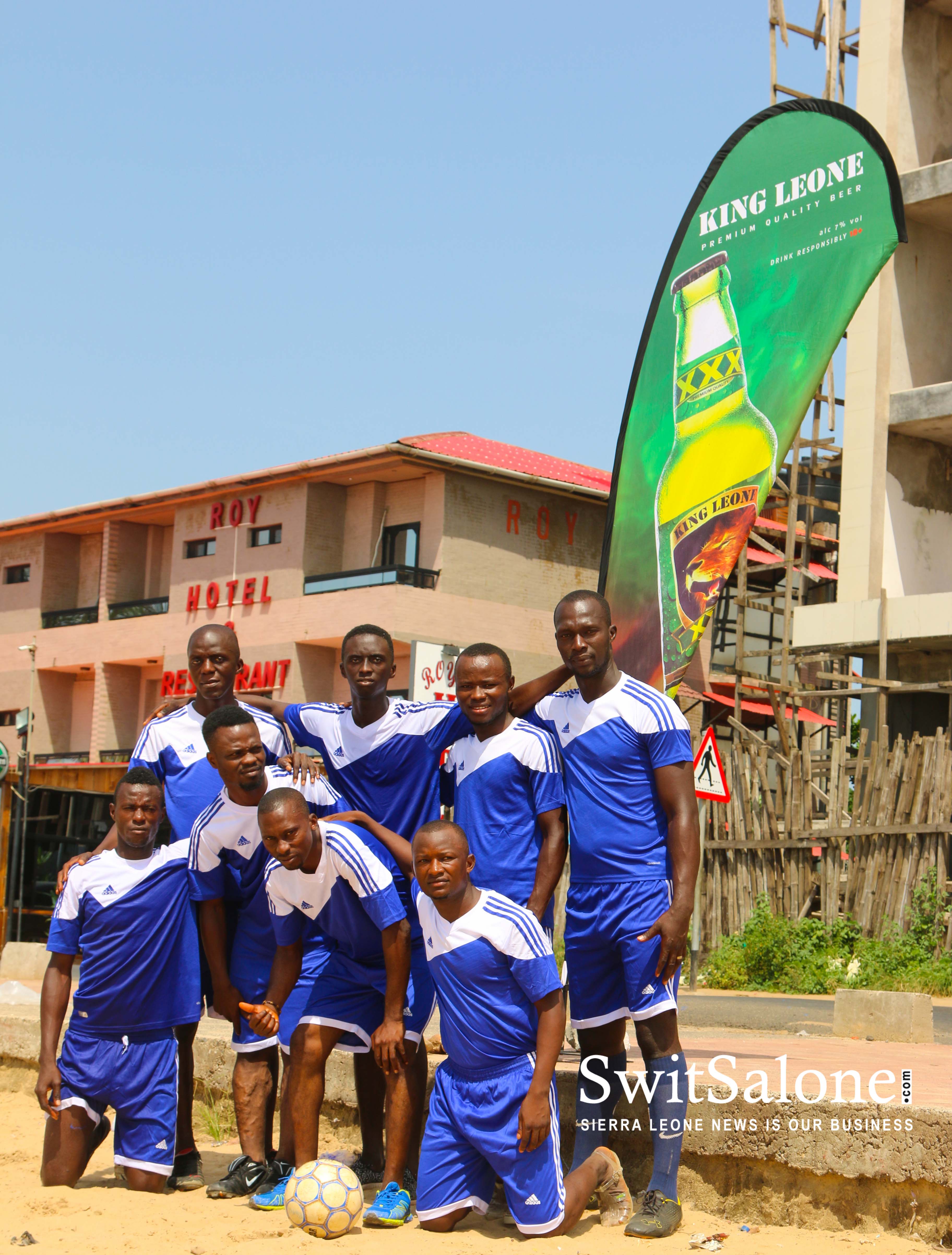 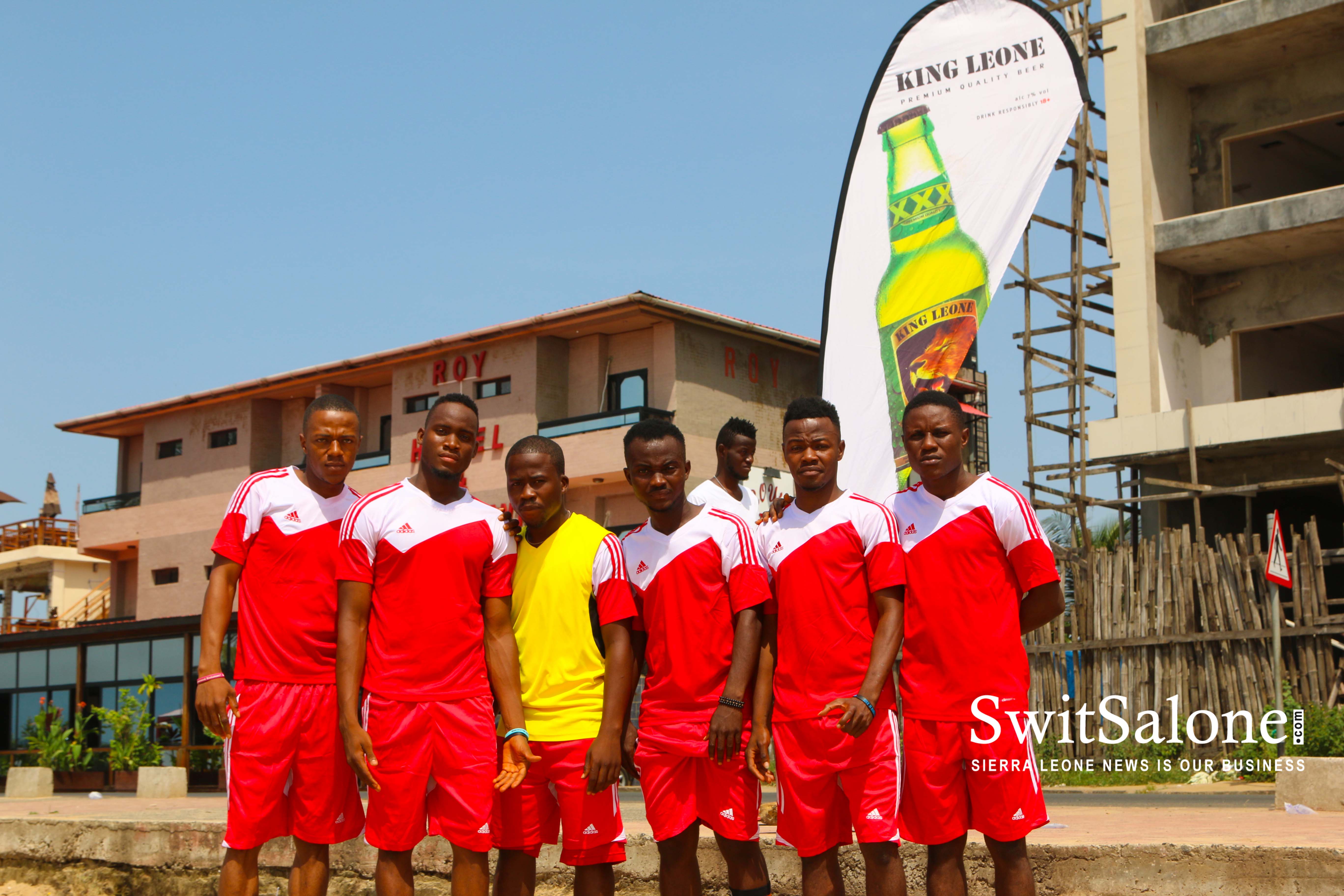 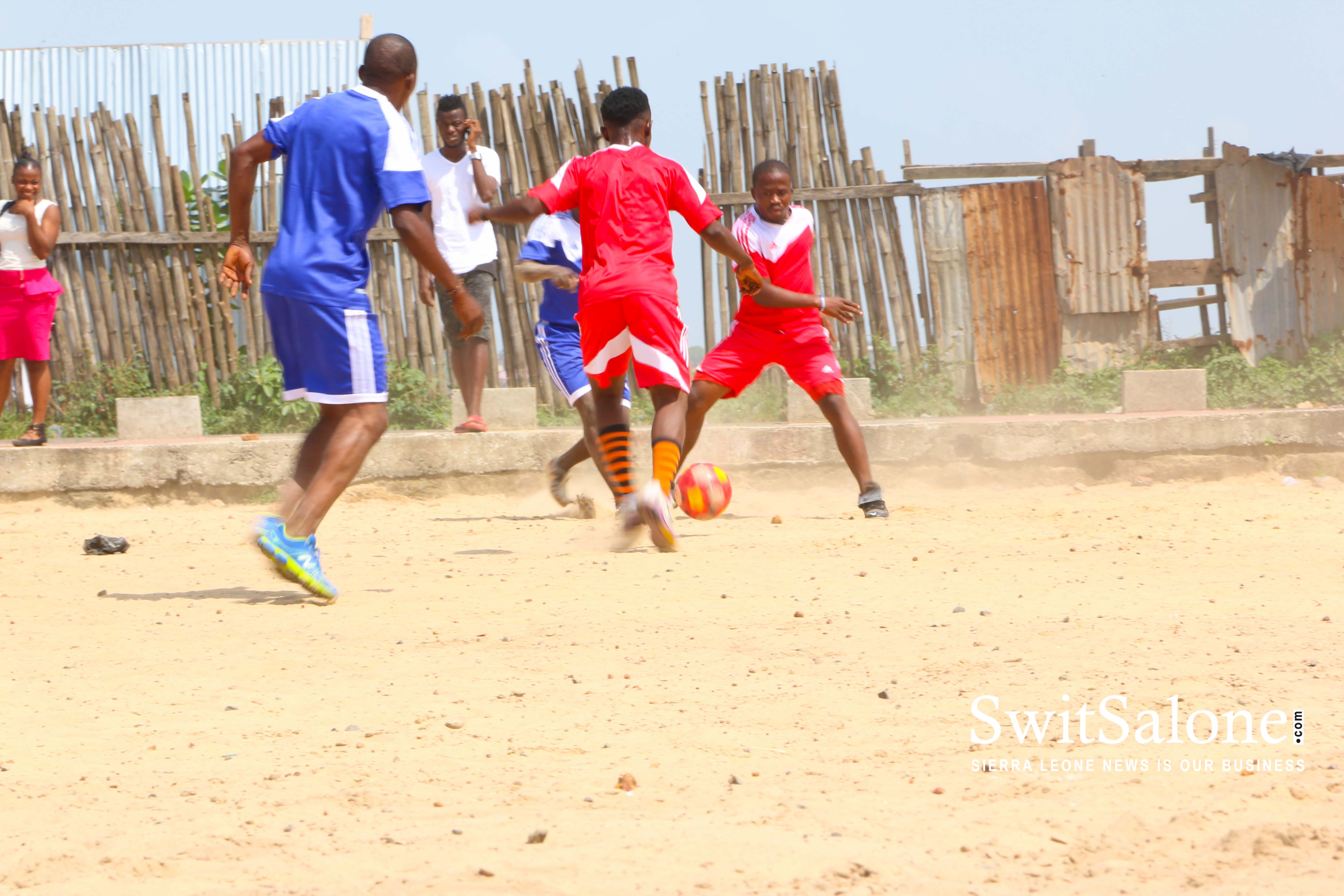 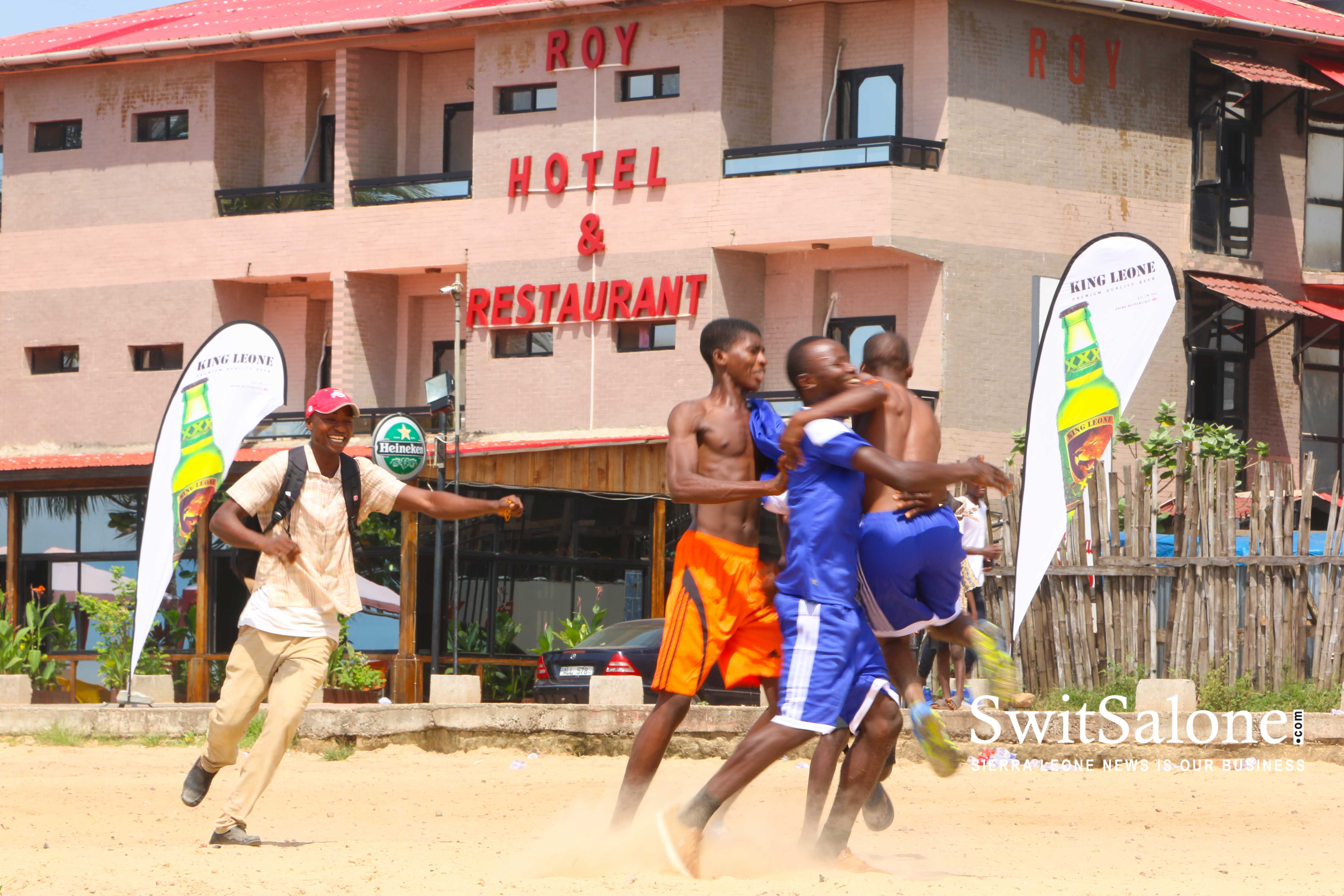 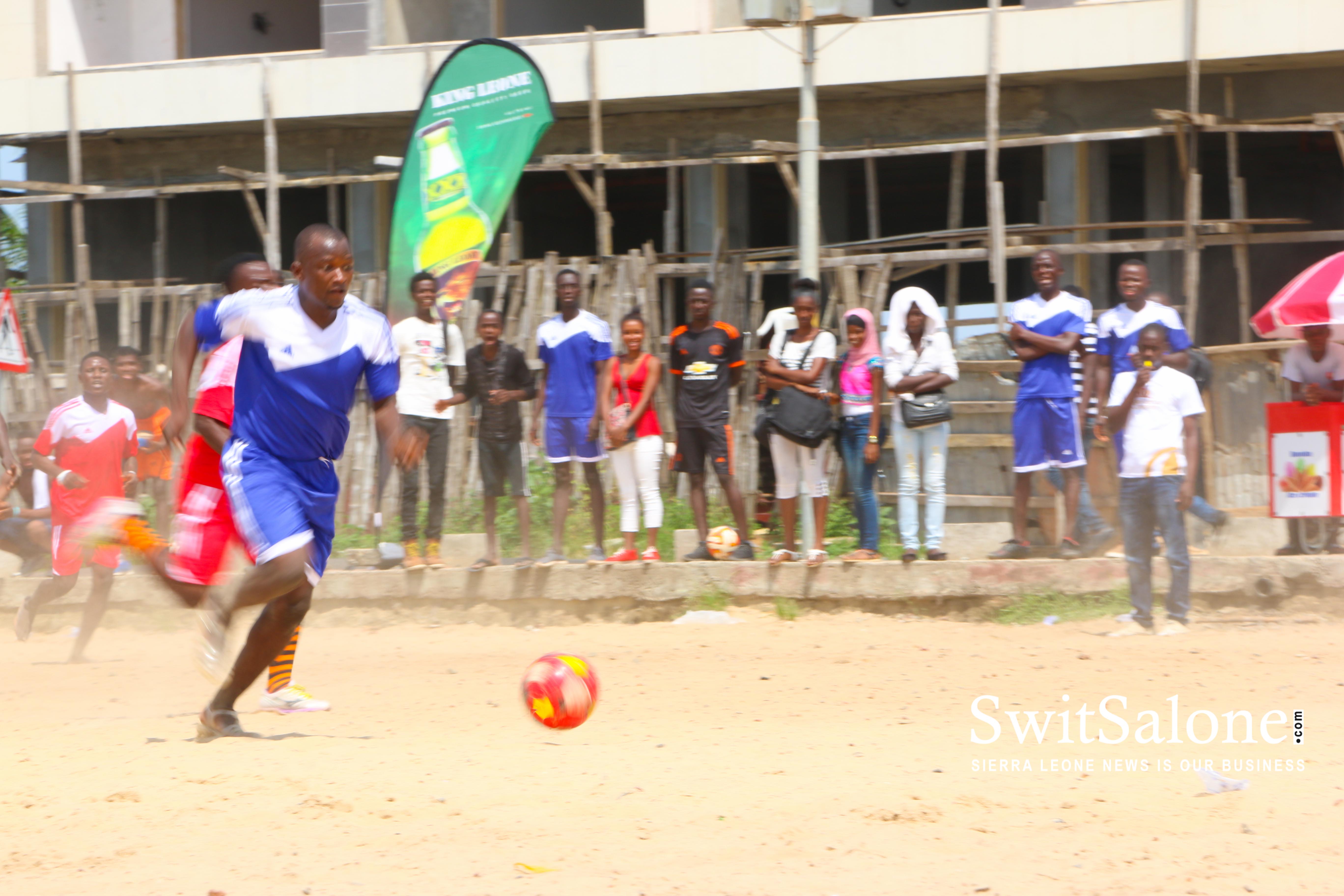 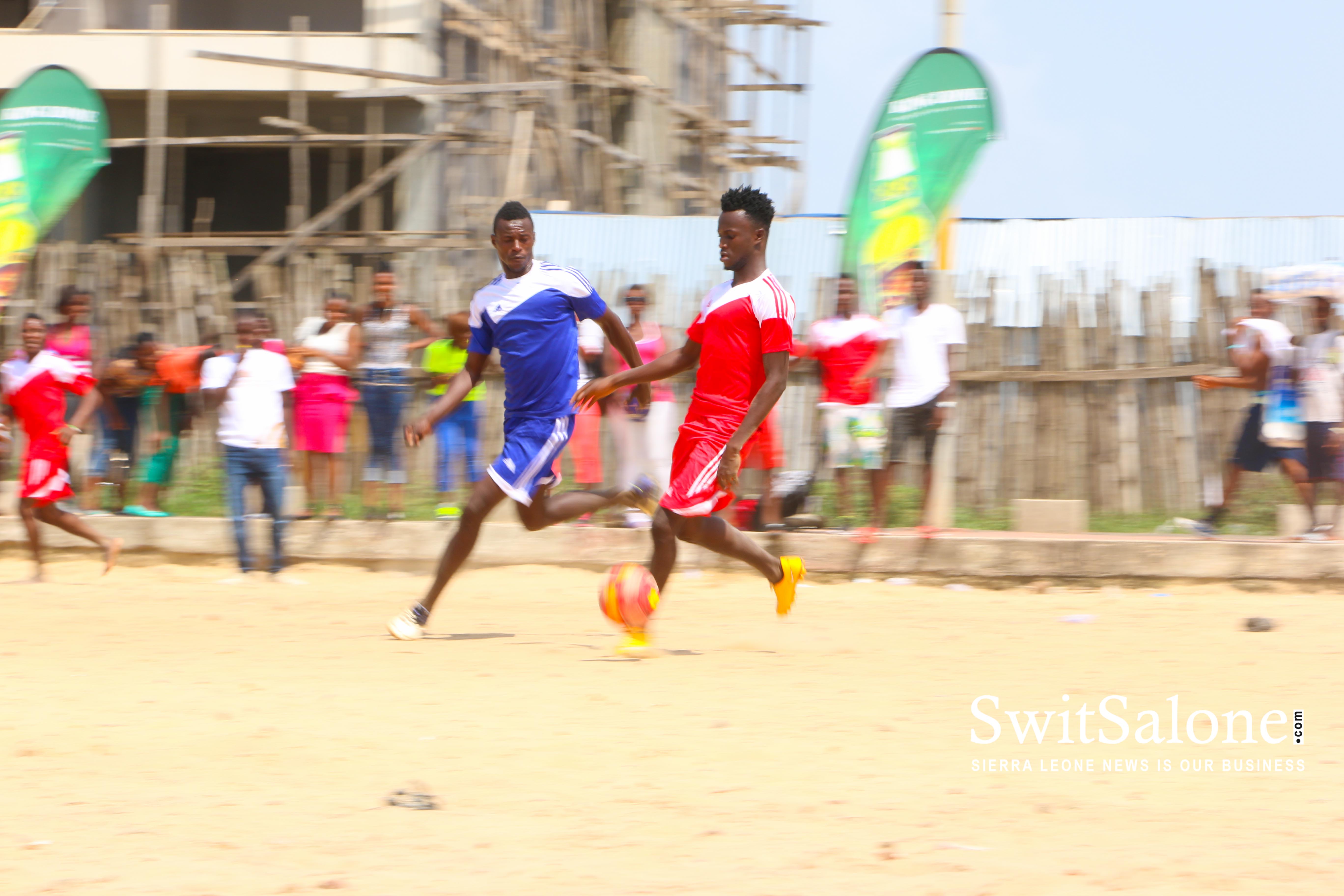 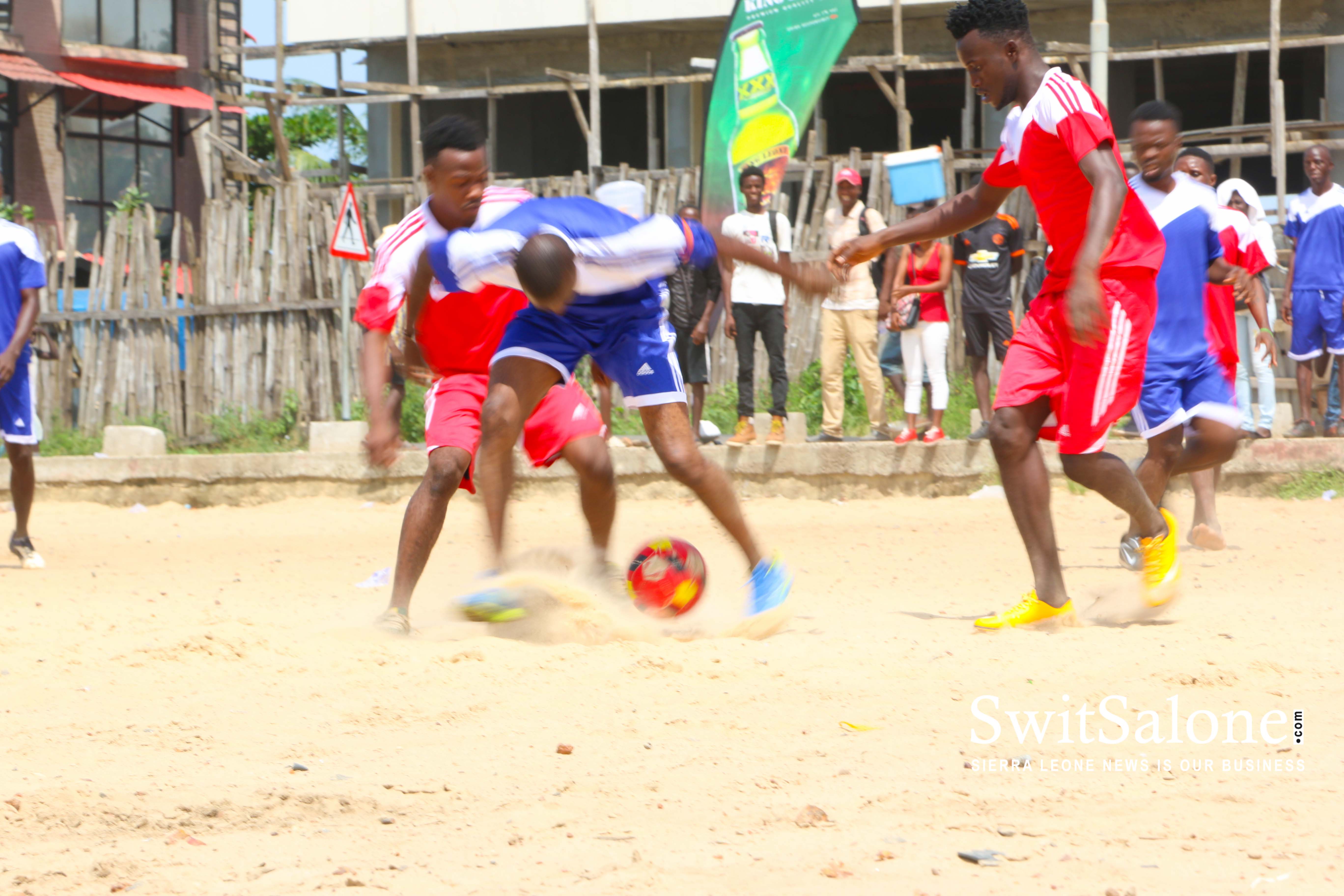 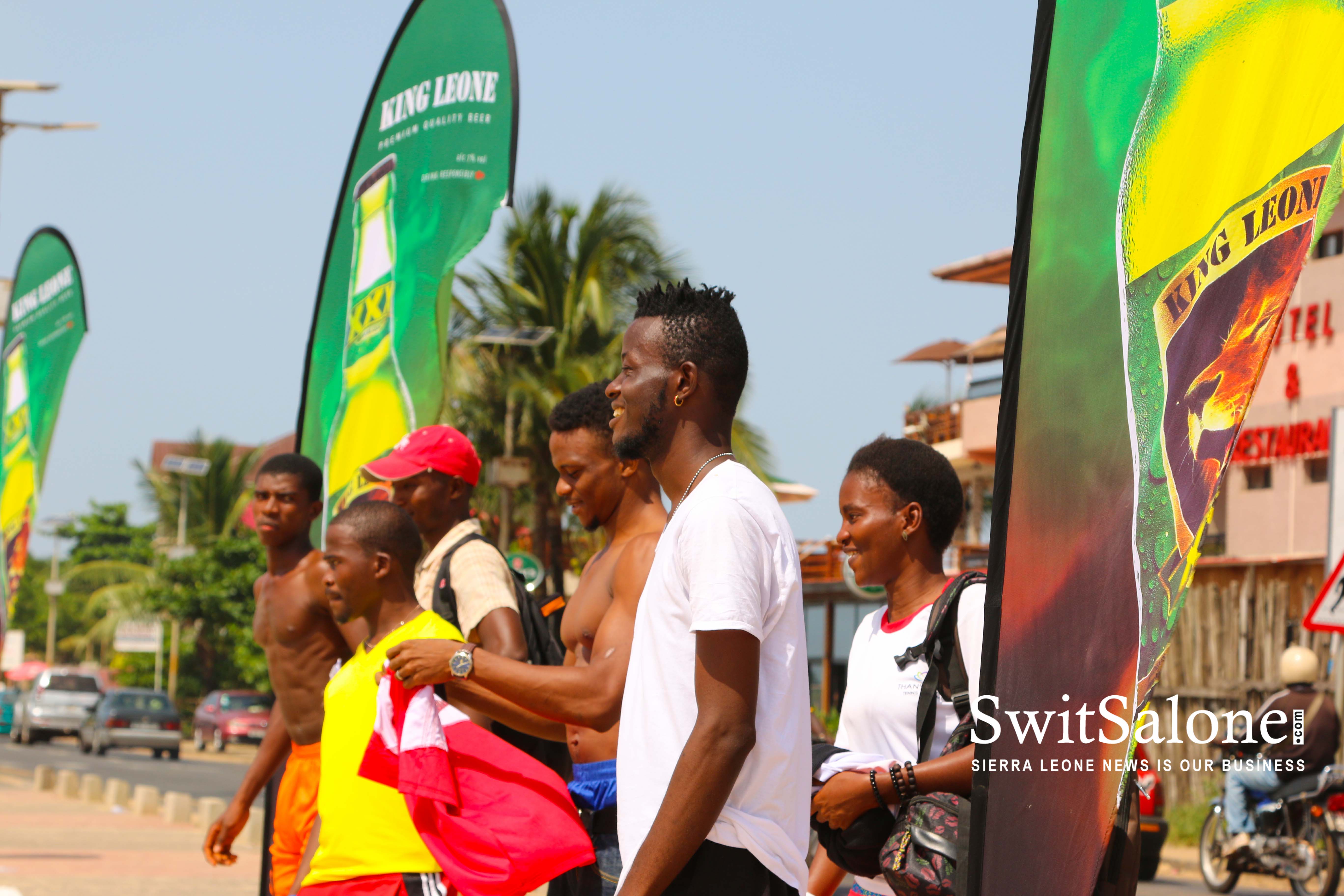 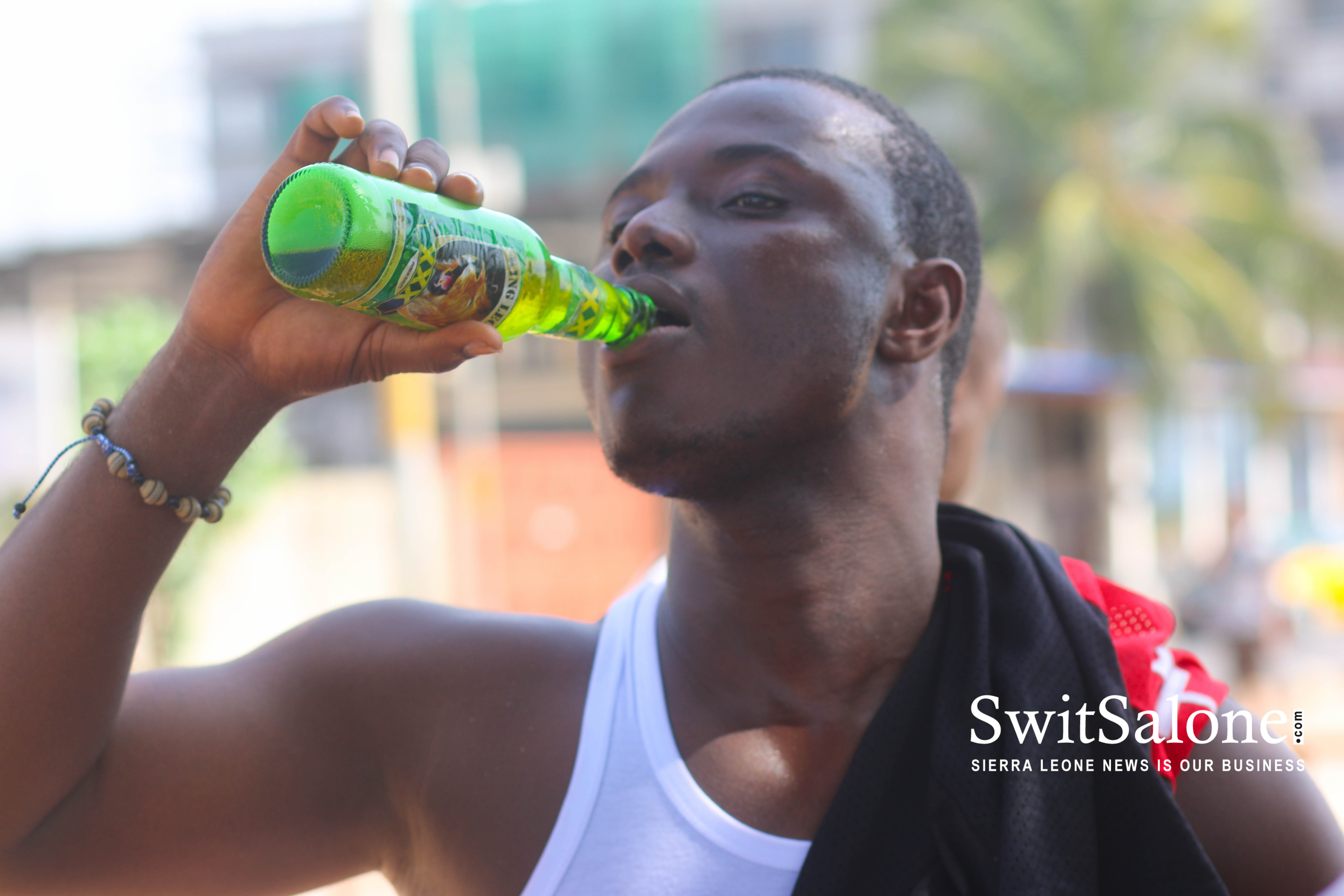 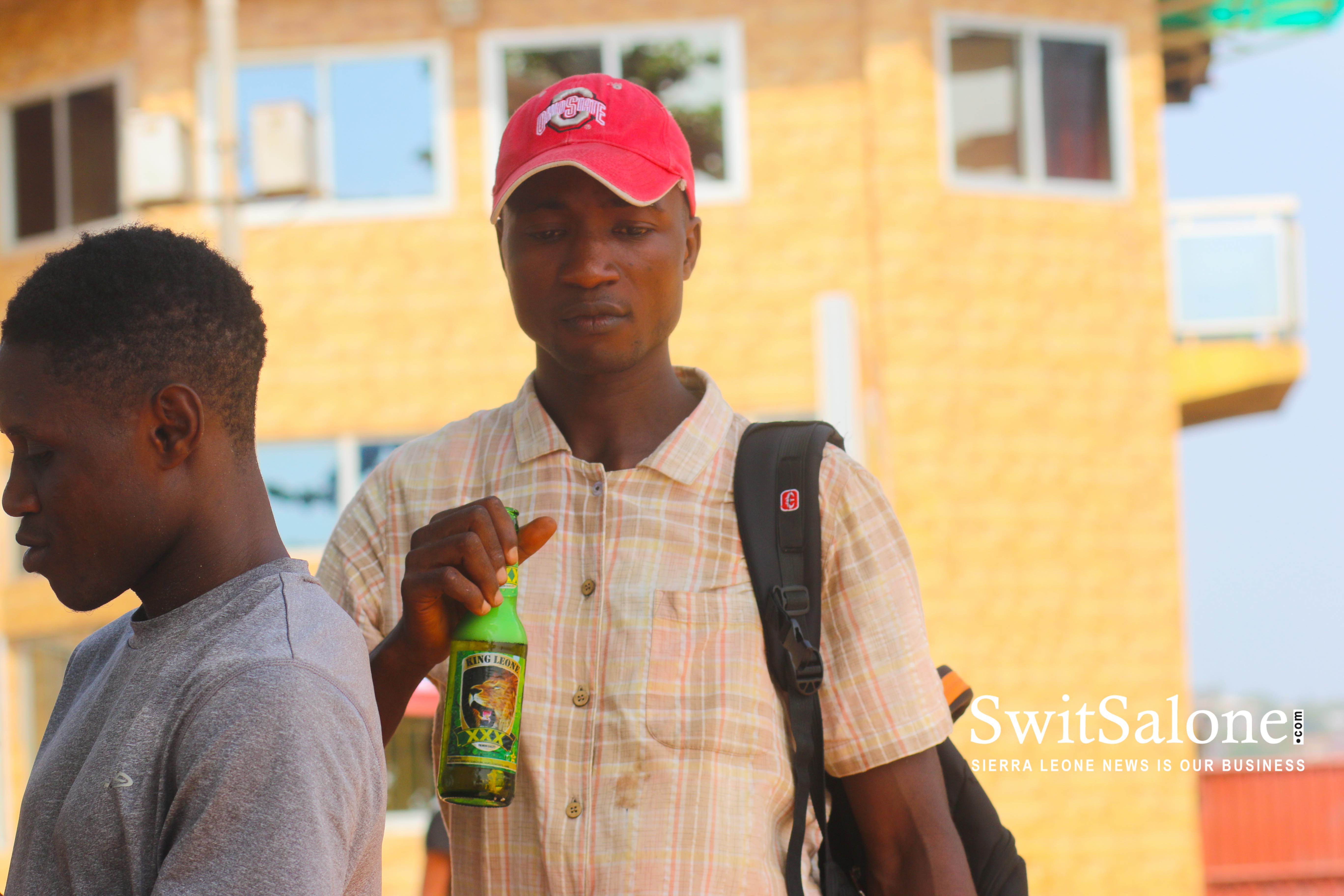 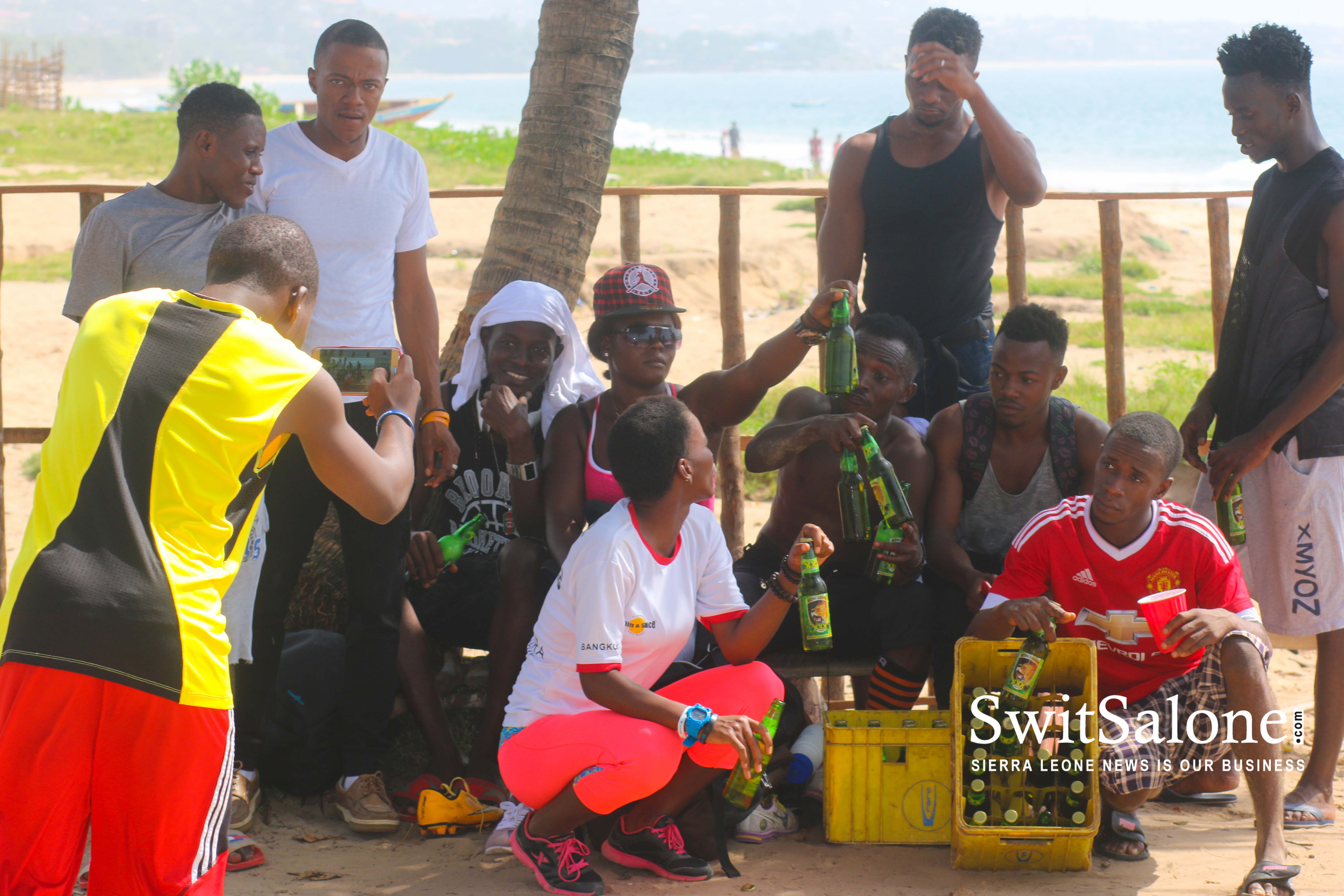 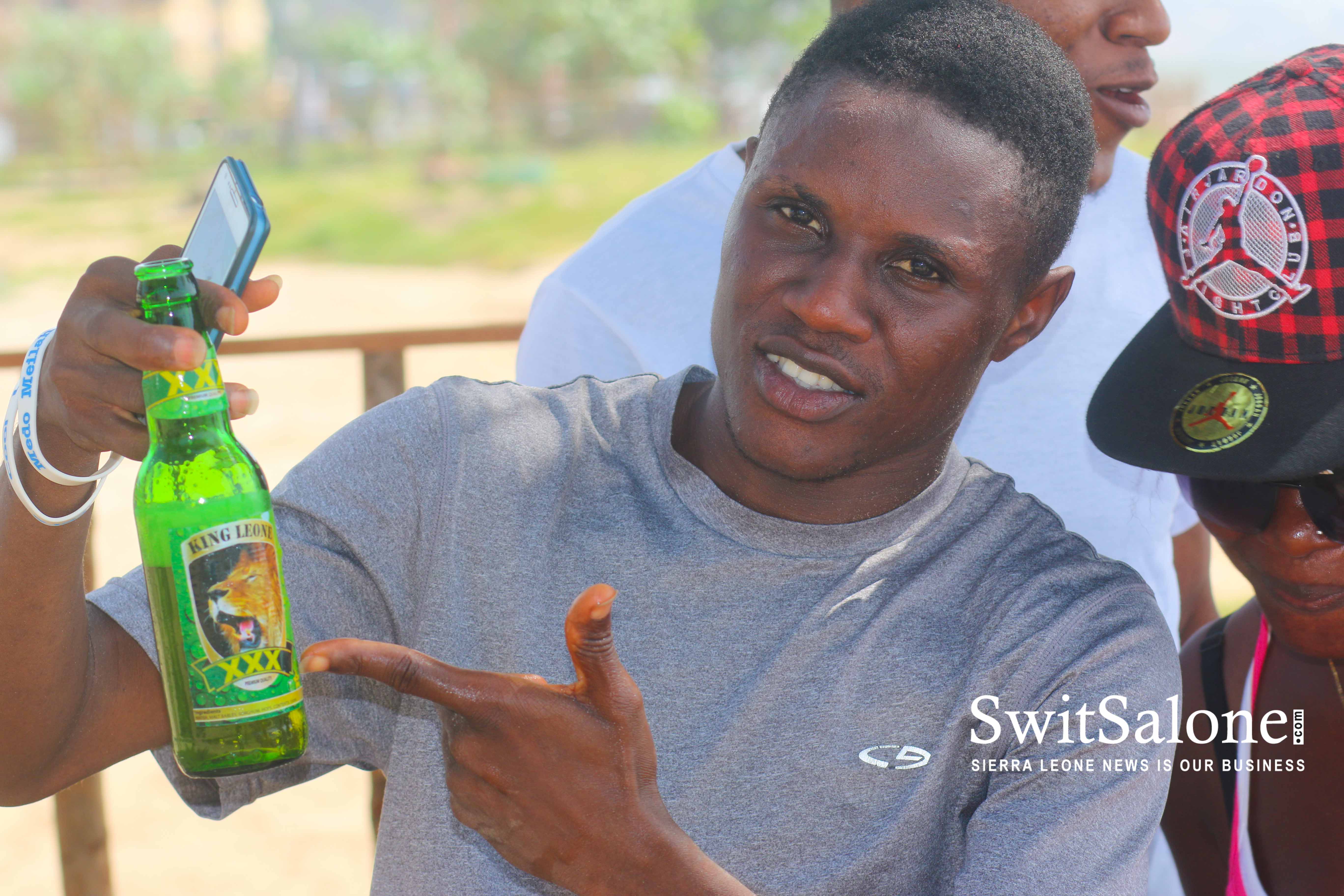 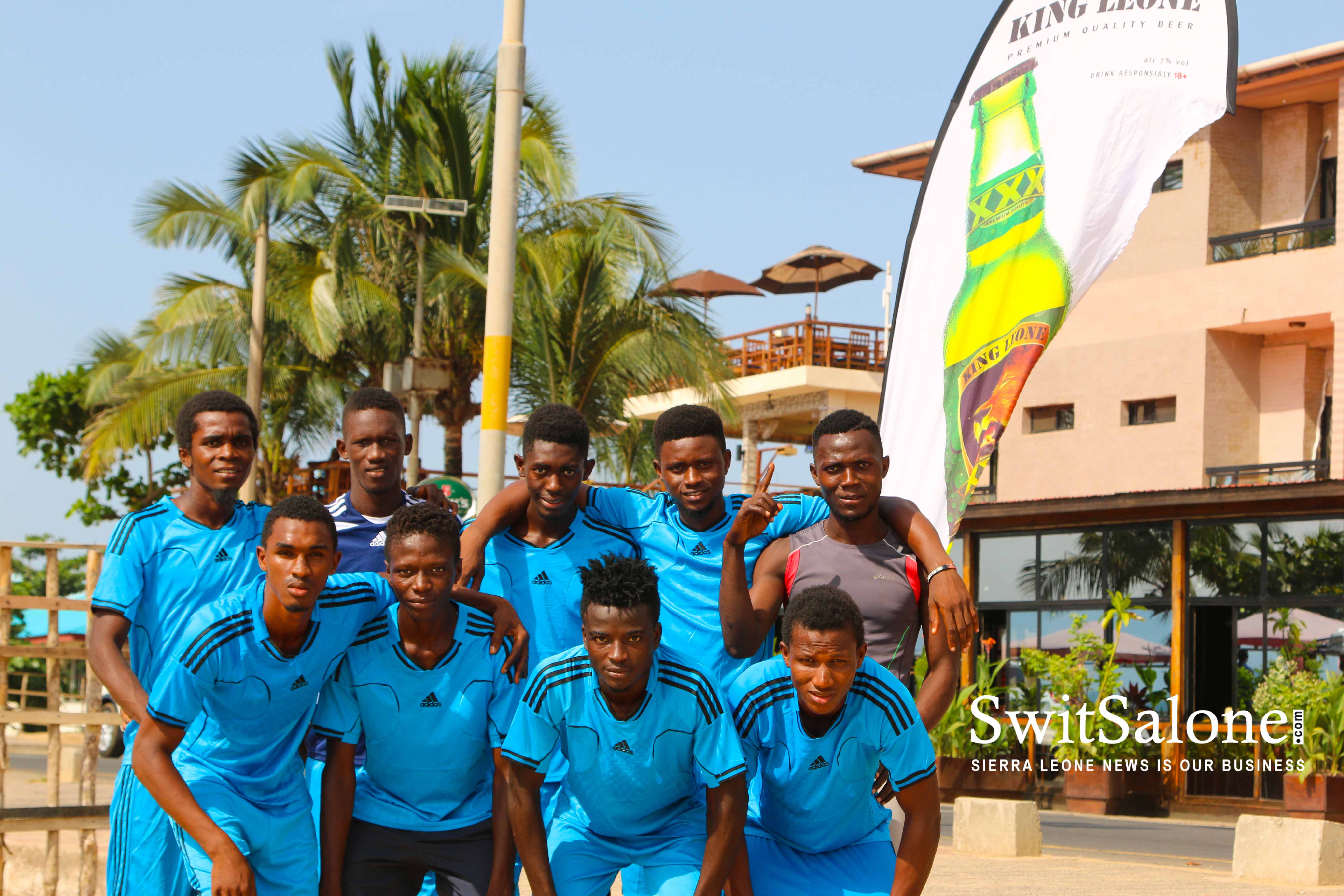 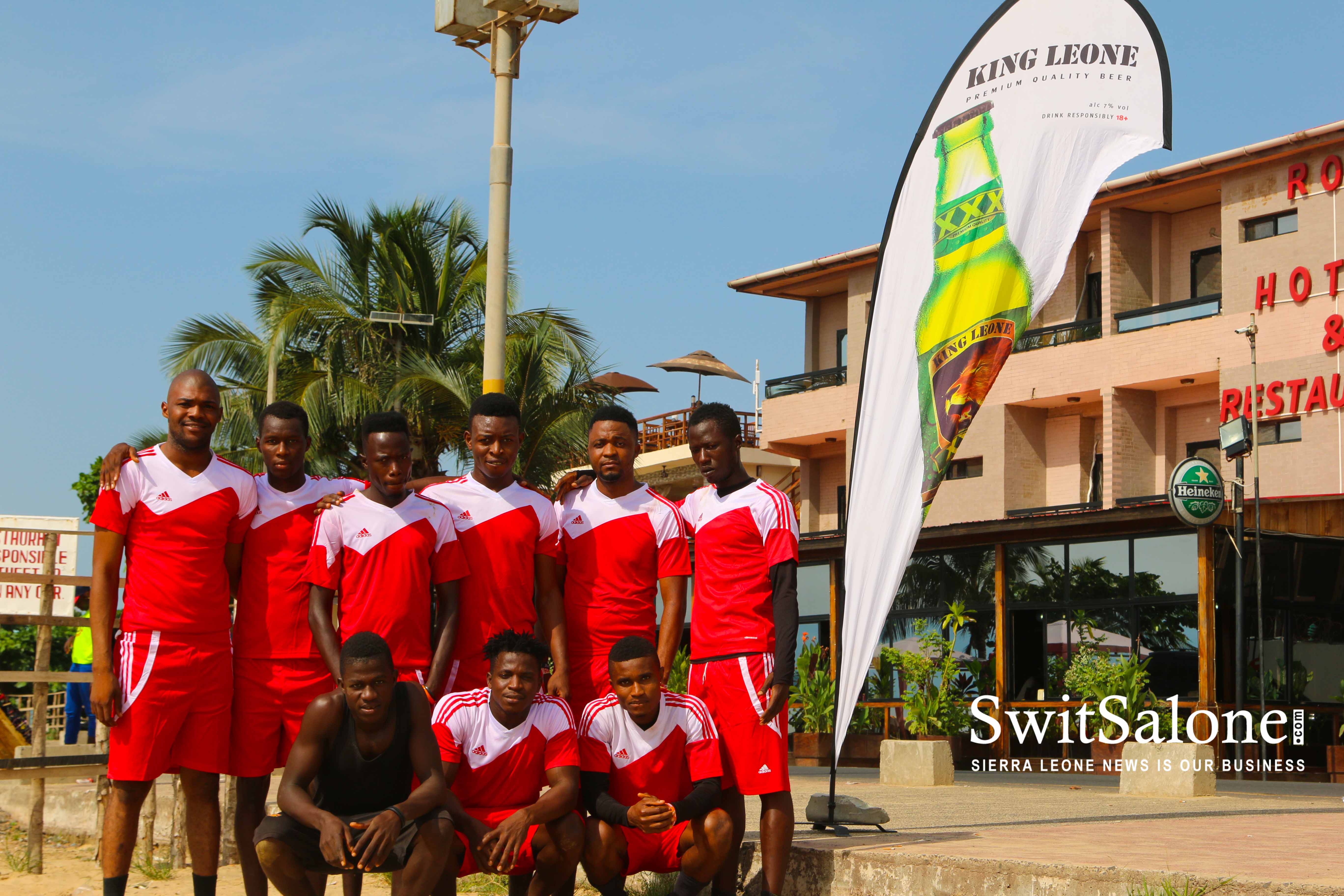 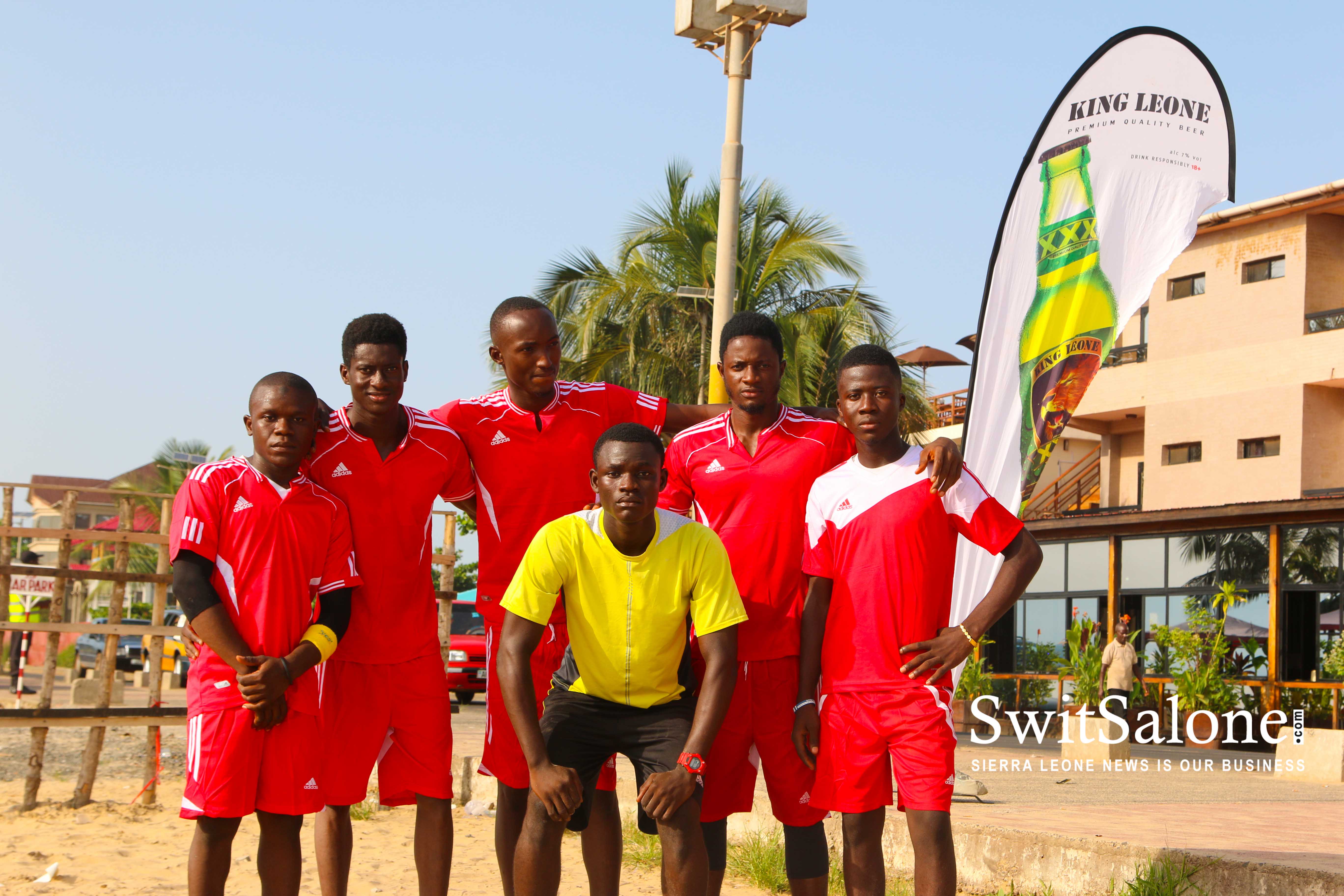 The King Leone Beach Football League continued for another week at Aberdeen Beach in Freetown.
Six teams faced off in three matches. The first encounter was between Lovers FC VS God’s Grace FC. God’s Grace FC had all the best chances in the first half. Fifteen minutes into the first half, they were already ahead with 2 goals. By the end of the first half they were leading by 3 goals. Lovers FC looked unsettled right through the first half. Lovers FC had a very good half time talk. This was manifested by the pressure they mounted on God’s Grace FC who seemed complacent at the time with the three goals they had in their favour. Lovers FC responded with a goal. They tussled for a while and ended up pulling back 3 goals-making the scores level with 3 goals from each side. The match ended in a draw. The referee then called for a penalty kick. The league rules states that each match is a knockout, a draw means the teams go straight to penalty kicks. God’s Grace FC went on to win then match on penalty.

The second match of the day saw All Stars FC play Jaka FC. As their name implies All Star Fc played like Stars, dominating possession and with lots of shots on target. All Stars opened the scoring ending the first half with 2 goals ahead. Second half resumed, All Stars FC became too comfortable. While Jaka FC began applying pressure which got them two goals and they were levelled. Towards the final end of the match, Jaka FC were punished for a mistake which got All Stars FC the winning goal- ending the match 3-2 in favour of All Stars FC which took them to the next round. The last match of the day was played between Area Best VS Soul Mate FC. This match was more entertaining, the two teams playing well, neither side wanting to give up easily. In the end, Soul Mate FC won the match by 5 goals to 4.

The league continues this Saturday with the teams who previously won their opening matches.

Mohamed Kallon is the first Sierra Leonean to...

The Banguras get married: Two Leone Stars get...