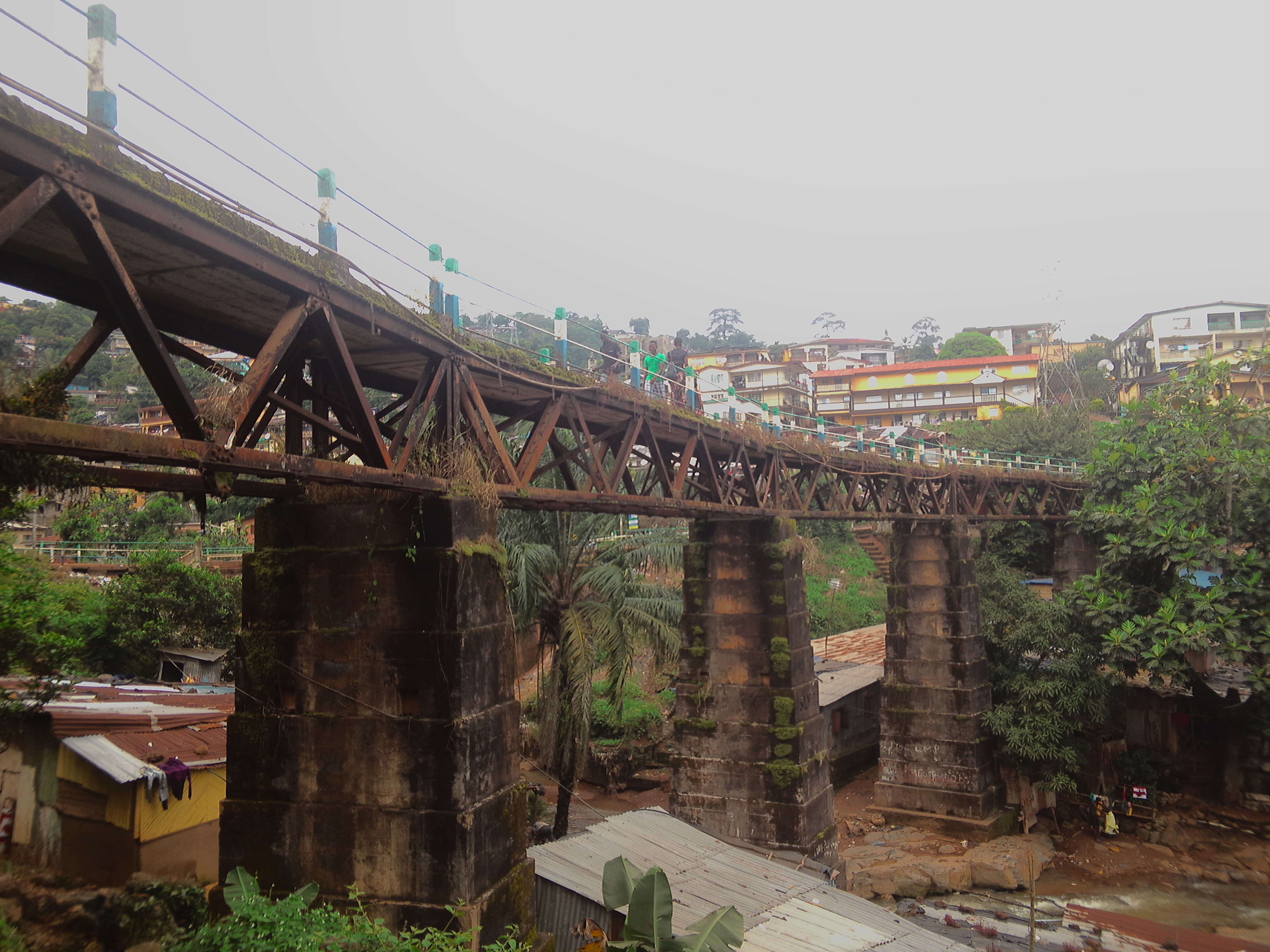 The Motor Road Bridge which was added later by the Public Work Department (PWD) also looks damaged. Both bridges look as though they have not been serviced or maintained since construction. The foundations of the two bridges could give way at anytime if we continue to get the kind of rains we got this past season and if usage goes on without repair.

Switsalone reporter Augustine Kargbo spoke to Sorie Conteh a driver who has lived at Loko Town a small settlement under the bridge for almost six decades. He says that concerns about the bridge started to grow when the King Jimmy Bridge gave way in 2013. Like the Tengbeh Town Bridge it was over a hundred years old and little or no maintenance had been done in the preceding decades. When it finally collapsed many were injured, and some traders in the area were also killed.

A look at the bridge shows significant erosion to the iron and metals holding the bridge together as well as mounds of debris, dirt, and over grown grass. These are all signs of neglect. Conteh says that they advice their children not to play under the bridge, but everyone walking on it, and driving along is at risk not if but when it does collapse. Roads, bridges, and other infrastructure will all eventually lose their usefulness and become hazards if those charged with them do not invest in their maintenance.