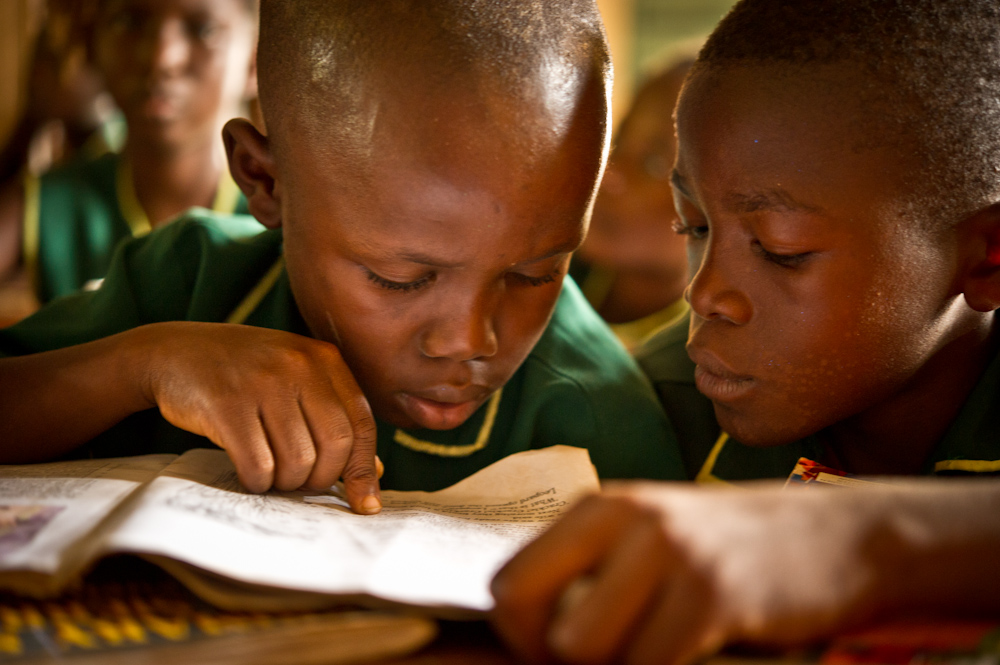 As schools reopen in Sierra Leone today for the first time this academic year students are excited to return while some parents say they won’t be sending their students back so soon. From Freetown, Lamarana Amadu Bah sent in this report.

Fifteen year old Fatmata Conteh is excited to return to school, yesterday she ironed her uniform in preparation. Even though the uniform bought for school last year is now shorter and tighter she can’t wait to put it on and head to school. It has been 9 months since students in Sierra Leone attended school.

Fatmata, a Junior Secondary School pupil attends the Government Independence Secondary School at Kissy on the outskirt of the capital Freetown. She says it is a 10 minutes walk down a dusty road from her home in a community called Newsite to school.

“I am tired of sitting at home,” she said.

“I have missed my friends and teachers,  I am happy that schools are reopening.”

Schools in Sierra Leone were closed down by the education Ministry in June 2014 following the outbreak of the ebola virus disease in Kailahun a district in the eastern part of the country bordering Liberia and Guinea. All external examinations like the Basic Education Certificate Examination (BECE) organized by the West African Exams Council were suspended. Students idled away at home for months as the country tried to contain the spread of the disease that has  claimed 3490 lives to date.

After several deliberations the President Ernest Bai Koroma announced that schools in the country will reopen on Tuesday 14th April and government will pay school fees for two years, provide subsidies and as well as school feeding programs.

The President appointed the former Elections Commissions Chief Dr. Christiana Thorpe to serve as a coordinator for the school reopening committee. It was under her leadership that the controversial decision was taken to ban pregnant girls from taking the BECE exams last month prior to the reopening of schools.

Apart from the girls who have been banned, many who can attend might not be able to if their parents don’t let them.

Santigie Sesay attends the Amaria Muslim Secondary Secondary School in Central Freetown but he won’t be in class today and neither will his two sisters. Their mother, Jeneba Sesay, a petty trader says they won’t be going back to school because she needs their help with her trade.

“My children will not be going to school,” she said.

“They help me in my business and I’m not prepared especially when this ebola has affected my business greatly, even our daily food is a serious problem.”

As early as August 2014 Sierra Leone’s economy had already deflated by 30%, banks reduced their operational hours, and food prices shot up as farmers fled their farms in areas hard hit by ebola. Mrs. Sesay is like many other parents in the country whose livelihoods have been devastated by the ebola outbreak. She is a single mother with three children. She says government should have given parents more time to save before schools reopened.

Public Relations Officer of Sierra Leone’s Education Ministry, Brima Turay says that the government has provided 97% of all learning and sanitary materials like chlorine, hand sanitizers, and thermometers needed to schools across the country to meet today’s April 14th reopening.

On the issue of pregnant girls,  Turay said the Ministry is strengthening technical and vocational institutions across the country to be better prepared in case the pregnant girls decide not to continue their normal schooling after delivery. A statement that shows the government prefers to keep teenage mothers away from the traditional school environments, thereby limiting their options to hairdressers, caterers, and batik makers.

Yet still a very confident Turay says that public should be reassured that, ” everything is in place, teachers have been trained and we will be very cautious as the children get back to school so that they will be safe.”

However, reports from some remote communities in the region indicates that there are still challenges with preparation as some schools are still awaiting the fumigation of classrooms and supply of learning materials as promised by the Ministry.

Back at Kissy, Fatmata Conteh is all geared up and excited to return to school after almost eight months but others will have to wait until their parents are ready.

“Until I save enough to get them new uniforms, bags and shoes, until then I still don’t know when they will return to school because things are hard,” said Jeneba Sesay who is still adamant that conditions are still not right for her to send her three children to back to school.