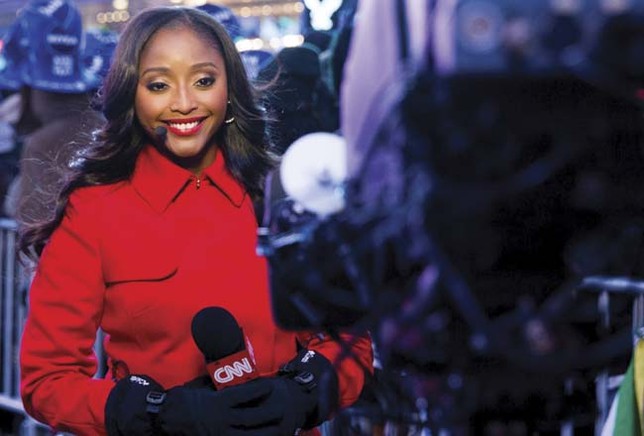 Atlanta based news anchor and CNN correspondent Isha Sesay will receive the Gracie Award for Outstanding Anchor – News or News Magazine from the Alliance for Women in Media Foundation in May this year.  Sesay anchors ‘CNN NewsCenter’, a half-hour, weekday news program on CNNI that takes viewers through the day’s big stories of global importance. She also hosts ‘BackStory’, the weekly program that goes behind the scenes of CNN’s global news gathering operation, and often files reports for ‘African Voices.’

A seasoned journalist, Sesay has covered numerous breaking news stories and events of global interest. This year she reported from Nigeria on the kidnapping of more than 200 Nigerian girls from a school in Chibok, and the subsequent social media campaign — #BringBackOurGirls — to find them. She has also covered the deadly Ebola outbreak in West Africa, interviewing a number of key officials about the crisis including Liberia’s Vice President Joseph Boakai and President Alpha Conde of Guinea. 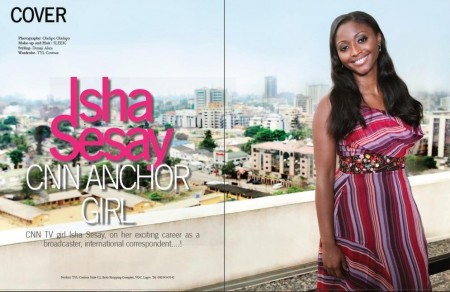 The Gracies recognize exemplary programming created for women, by women and about women in all facets of media and entertainment, as well as individuals who have made contributions to the industry.

The Gracies are presented by the Alliance for Women in Media Foundation, the philanthropic arm of AWM which supports educational programs, charitable activities, public service campaigns and scholarships to benefit the public and women in the media. The Gracie Awards, established in 1975, honor programming and individuals of the highest caliber in all facets of radio, television, cable and web-based media, including news, drama, comedy, public service, documentary and sports.

ABOUT THE GRACIES AWARDS

The Gracie Awards, established in 1975, honor outstanding programming by, for and about women and individuals of the highest caliber in all facets of radio, television, cable and web-based media including: news, drama, comedy, public service, documentary and sports. National and digital winners will be honored at the 40th Gracies Awards Gala, May 19, 2015 at the Beverly Hilton Hotel. Local, public and student winners in radio and TV will be honored at the Gracies Awards Luncheon, June 22, 2015 in New York. For information about how to reserve a table, please contact AWMF at (202)750-3664. For updates on the awards ceremony and luncheon, please visit www.thegracies.org. For the latest information, please follow the Gracies Awards on Facebook: The Gracies and Twitter: @TheGracies.