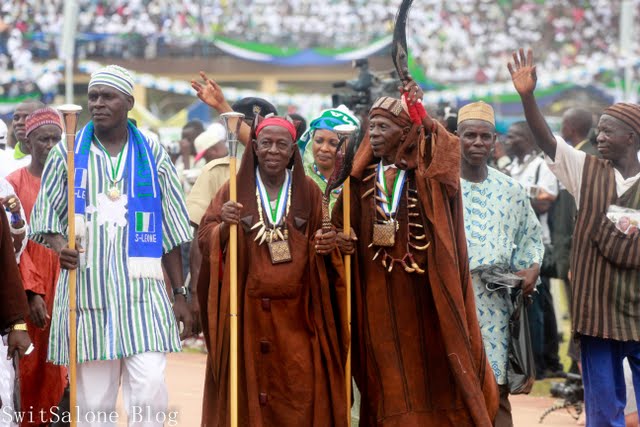 Conte said that the World Bank provided the funds that were paid to the Chiefs through the Ministry of Local Government.

Pardon me a brief moment to ask a couple questions just to better understand the rationale behind this decision. How does one combat ebola other than by creating more beds, and better incentives for health workers? Is it not better to buy the tools needed to combat ebola for the various districts rather than just handing off bags of money? How does the government ensure that the $1.2 million is not going to end up in someone’s bank account? Where is the best practice that suggests that handing out bags of money will fix a public health crisis?

Under the current situation how does giving away $1.2 million reduce the spread of ebola? Why is the World Bank facilitating this kind of senseless spending? Has the Bank recently developed “chop my money I don’t care syndrome”?

Meanwhile junior doctors in Sierra Leone have gone on strike demanding that the government buy life saving equipment like dialysis machines to treat infected health care workers. The doctors started their strike today after the country lost its 10th doctor to ebola.

Are you wondering how many dialysis machines $1.2 million could buy on Alibaba? Yeah me too.