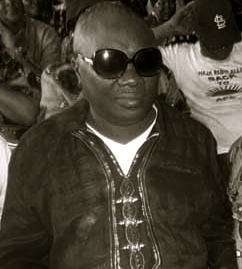 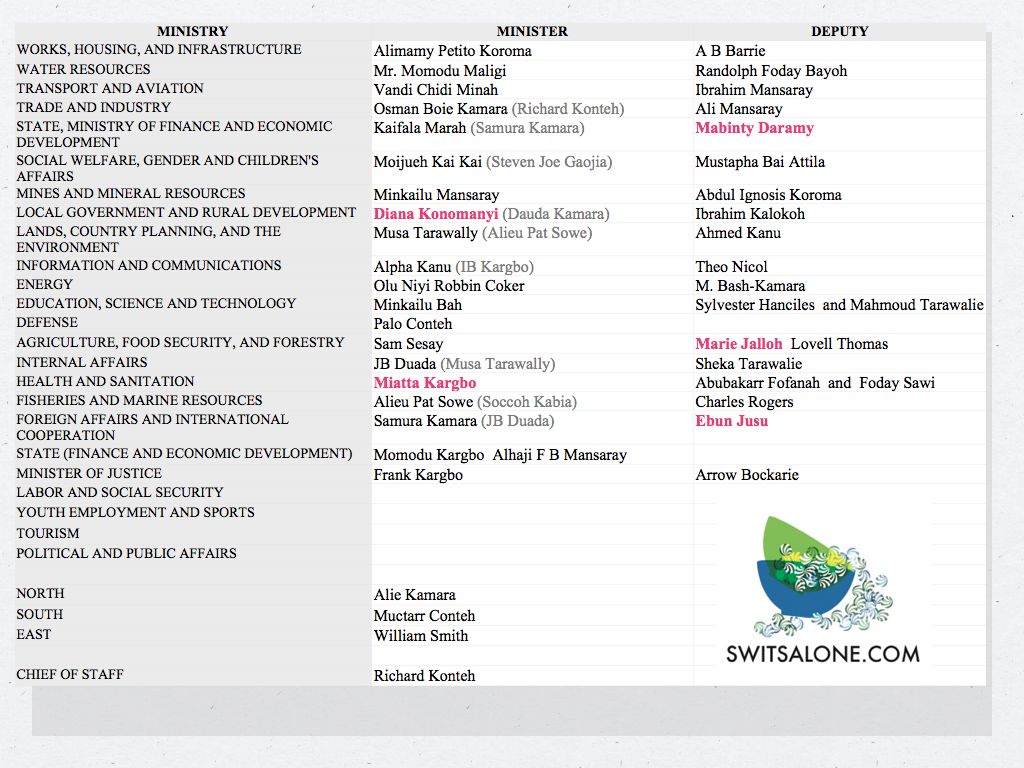 After weeks of speculation, the President of Sierra Leone has released the names of the individuals who will head the nation’s ministries.  These individuals are subject to parliamentary approval before their posts can be confirmed as members of cabinet. However,  women, youth, and ethnic minorities will be largely under represented in the government’s key leadership positions.

There are just five women in the new cabinet accounting for just 11% of the 44 appointments.  This comes after almost 2 years of a national campaign calling for a 30 percent quota for women in government. A quota that the President has supported in theory but has not reflected in this cabinet.

At the opening of parliament in December the President said, “I pledge the greatest attention of my second term to the youth”. While the ages of the members of cabinet are uncertain, looking at the ministers appointed we can safely conclude that less than a month after making that statement, that the president has largely snubbed young people for active participation in national development and leadership.

Similarly members of the creole ethnic group who historically held high positions in government account for just 6% or 3 of the 44 appointments.

Not surprising, President Koroma has decided to keep must of his existing cabinet either in the same positions or reassigned to other ministries.  Of the positions announced, 9 ministers will continue their posts from the previous administration. Three ministers including  Soccoh Kabia (Marine Resources),  Duada Kamara (Local Government), and IB Kargbo (Information) have either been dropped from the cabinet or will take up posts in the ministries now without appointments.  Those include Tourism, Political affairs, Youth, and Labor which was previously held by the late Hindolo Trye. The President may also decide to create more ministries or to delete others.

New additions to the cabinet are Diana Konomanyi (Local Government), and Miata Kargbo (Health). Kargbo will be replacing Zainab Bangura who left her post to serve at the United Nations.

There are a couple of surprises in the new cabinet too.  Attila is the new Deputy Minister of Social Welfare! This is the first time that a member of the disabled community will be included in cabinet. The famed radio personality and blind musician Attila is known as the voice of the handicap. It also looks like a new ministry has been created for water resources. However it is unclear how that is different from Marine.

We will keep you posted on new developments as the are released from State House.