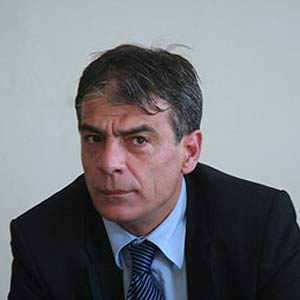 On Saturday rowdy football fans unhappy with the decision that an interim normalization committee may be set up to run Sierra Leone’s Football Association attacked a FIFA Official. Primo Corvaro was at the premises of  the SLFA in Kingtom were he was meeting with local football regulators to investigate recent quarrels between the FA and Sierra Leone’s Minister of Sports.

Musa Sesay, sports reporter for the Exclusive Newspaper, who witnessed the scuffle said the FIFA official was attacked by supposed disgruntled stakeholders who had hoped he would have reversed the Minister of Sports’ decision to form a normalization committee.

Corvaro was in Freetown to evaluate the legality of Minister’s decision early last week to disband the SLFA executive and form a Normalization Committee following the sudden resignation of the sitting FA President Nahim Kadi.

Kamara said that Calvalero had telephoned to inform him that FIFA frowned on third-party interference in football and that he should revert the decision upon his arrival and proceedings.

The FIFA official held closed-door meetings at the FA premises in Kingtom with the SLFA Acting President Joseph Kelfala and the acting secretary-general, Mohamed Swarray.

According to witnesses who were present a group of men rumored to be supported of Rodney Michael were allowed to enter the premises although they were not invited to meet with the FIFA official.

However, as Corvaro was about to leave the secretariat he was accosted by alleged the men who demanded to know his decision. The FIFA official told them that a ‘normalization committee’ was to be formed and that the three newly appointed members of the FA in the persons of Sannoh from the East, Samuel from the South and Kannasieu of the Western Area were illegitimate members of the executive as they had not been endorsed by the SLFA Congress.

had no locus standi from the FA’s congress when it approved the Electoral Board.

It was at this point, according to witnesses, that Sirajin Rollings-Kamara one of the men in the group told the official that he should shut up and sit down. Corvaro reminded him of his position, he told him again to sit down and that they did not recognise him as a FIFA member but a puppet to the minister.

At this time those on the scene said that the acting SLFA secretary-general, Mohamed Swarray, had been locked up by the mob in a room. JS Kelfalla noticing what was about to unfold hastily unlocked him as they ran to shield Corvaro from being attacked.

Kelfala had to struggle with the disgruntled supporters who shouted that they wanted to teach the FIFA rep a lesson. Corvaro was being shielded as he entered a vehicle, when one of the men threw an open ‘pure water’ sachet on him. The angry group continued to pound on the car screaming out all sorts of unprintable invectives as it pulled out of the compound.

Ministry of Sports in partnership with China Aid...