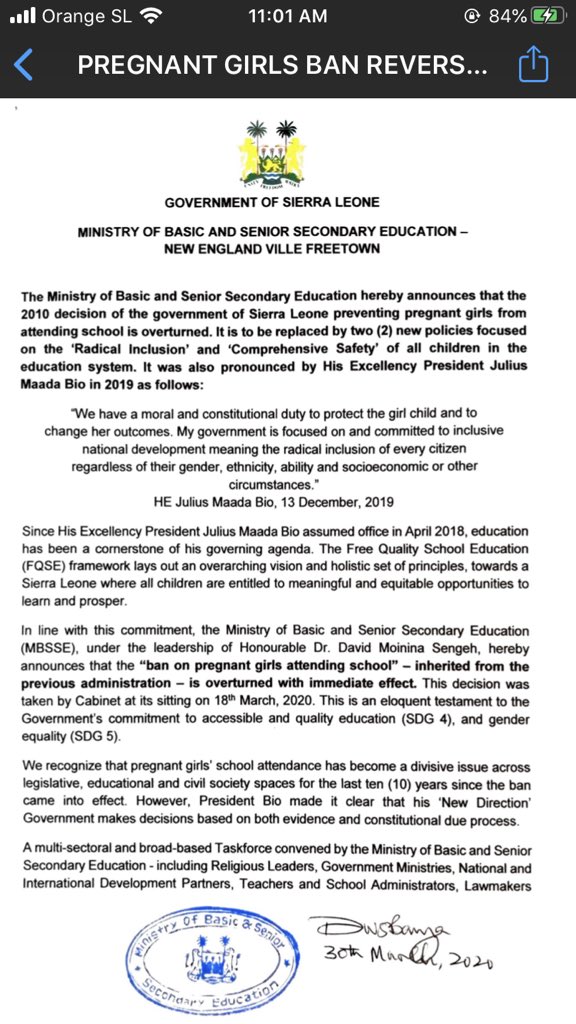 The Ministry of Basic and Senior Secondary Education has today 30 March 2020 announced that H.E. President Julius Maada Bio has overturned the former government decision made in 2010 preventing all pregnant girls from attending school. This was according to a press release from MBSSE, New England Ville Office.
The ban will be replaced by 2 new policies focused on the ‘Radical Inclusion’ and ‘Comprehensive Safety’ of all children in the education system.

The release reads that in line with this commitment, the Ministry of Basic and Senior Secondary Education (MBSSE), under the leadership of Honourable Dr. David Moinina Sengeh, hereby announces that the “ban on pregnant girls attending school” – inherited from the previous administration – is overturned with immediate effect. This decision was taken by Cabinet at its sitting on 18th March 2020. This is an eloquent testament to the Government’s commitment to accessible and quality education (SDG 4), and gender equality (SDG 5).

“We have a moral and constitutional duty to protect the girl child and to change her outcomes. My government is focused on and committed to inclusive national development meaning the radical inclusion of every citizen
regardless of their gender, ethnicity, ability and socioeconomic or other Circumstances.” HE Julius Maada Bio, 13 December 2019.

Education has been the flagship project of the president since coming to office, he launched the Free Quality School Education (FQSE) on August 20, 2019. It’s been 7 months since the launch of the FQSE. 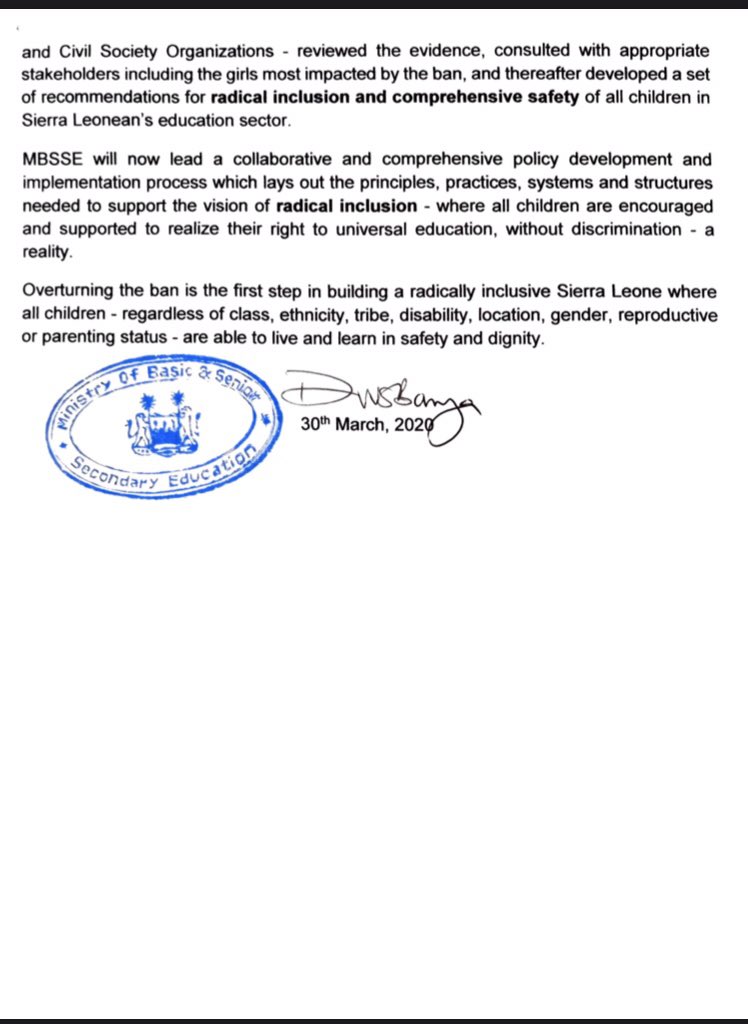