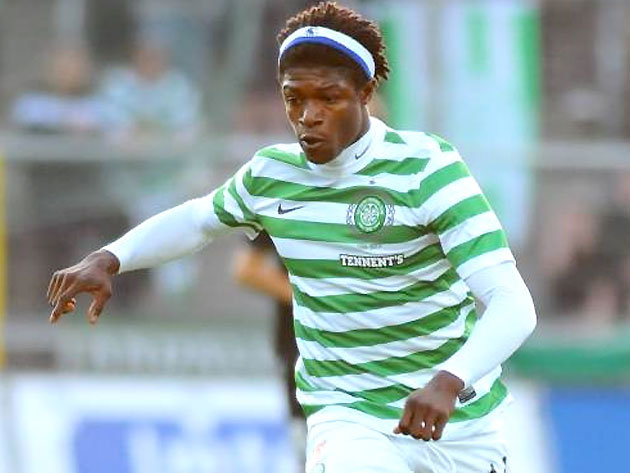 Mohamed Pobosky Bangura for Celtic now on loan to AIK

In just a week, Leone Stars will face Tunisia at the national stadium in Freetown in a decisive AFCON 2013 qualifier. Coach Olaf has added five new names to the team rooster but we have no idea whether the Ministry of Sports will send the tickets in time for everyone to be able to turn up. Last time they invited Pompey’s Mohamed Dumbuya but he didn’t get his ticket so he couldn’t join the team.

Also Mohamed Pobosky Bangura has returned to his old team AIK on loan till the new year. Last year Pobosky signed a 2.3 million pound deal with Celtic but the has had a very quiet season there due to injuries. Hopefully Mo’s return to AIK where he stole the heart of Swedish fans as one half of the “Bangura Boys” duo will get his spirit and game to where we know it can go.

Although he didn’t have much luck on the Celtic pitch he clearly made an impression on his team mates who gave him a colorful send a la post it notes. They covered his car all over with post it notes and even managed to spell put his name.

Watch out for Pobosky when he puts on the Leone Star jersey on September 8th.