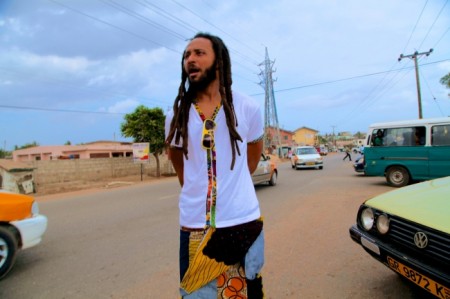 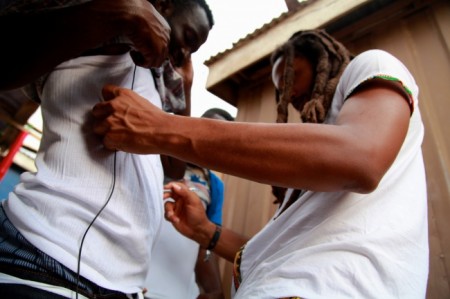 Wanlov of the Fokn Bois autographing T-Shirts of some fans in Accra, Ghana (c) Vickie Remoe 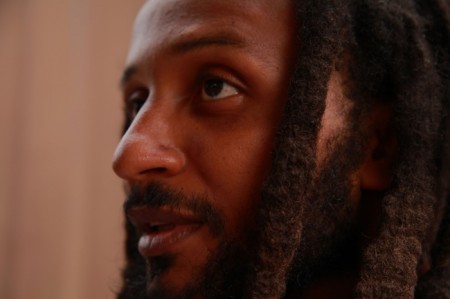 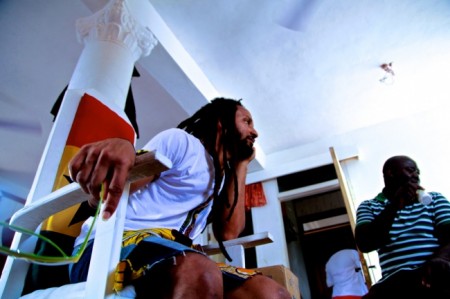 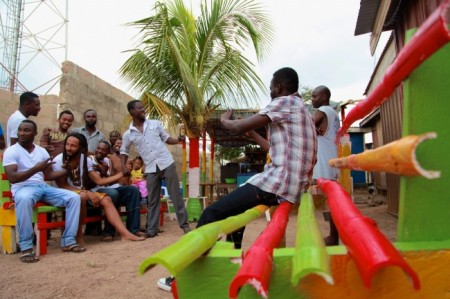 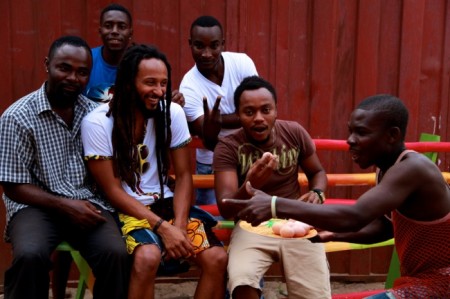 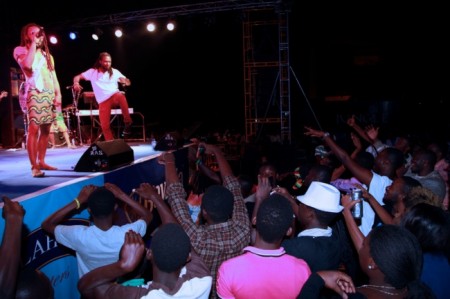 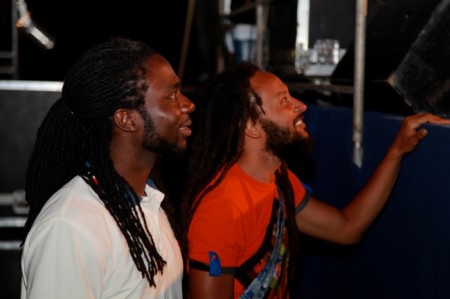 At first glance Ghana’s barefooted, lappa tying dread head lyricist Wanlov the Kubolor  looks like something out of a comic perhaps the epitome of Fokn. A slang that originated in Kumasi that is used to describe an unserious individual. But with a recently completed 100,000 Euro four-city tour dubbed Big in Ghana that he headlined with M3nsa (pronounced Mensa) the other dread head of the duo Fokn Bois these two might have succeeded in turning their act into a top grossing African hip hop franchise. The twosome convinced a Dutch based beverage company Bavaria to not only fund their first local tour in Ghana but they also used the opportunity run a local talent competition.

As I watched the duo perform songs off their recently released ‘Fokn with Ewe‘ there was something about the show that seemed very calculated.Unlike most African hip hop performances at this show beads have replaced bling, pidgin and twi flow in place of English, and the artists have chosen to  exalt the prowess of all things local, Ghana, and African. Their audience of mostly young poor and working class urban Ghanaians except for a few Whites, are along for the ride. To be cool here is to know the latest slangs, to sound local, and be familiar, these are the new fathers of a new generation of anglophone African music evidently influenced by the godfather of Afrobeat Fela Anikulapo Kuti. Although unlike Fela, the Fokn Bois are known more for their  seeming obsession with sex and the female form than political activism.

I met up with Wanlov real name Emmanuel (yes its true) a day after the end of the Tour in Accra. As we drove through the city he explained that he and M3nsa had still yet to make it.

“We are not safe. We get to do small shows in Europe making a couple thousand here and there but that is it”, Wanlov said.

“We never thought any company would ever be interested in the way we do our music”.

In Ghana most musicians get paid by partnering with local mobile companies to earn top pay. However, with their sexually provocative lyrics, and  non holds barred comedy in songs like ‘Thank God we are not a Nigerians” the Fokn Bois believe they would need to tone down their show to work with corporate entities. Lucky for the them, Bavaria who partnered with troubled funny man Charlie Sheen to promote its non alcoholic malt  earlier this year seeks the controversial.

Wanlov had a good share of bad press this year . The front man was slammed earlier for exposing his penis during a TV interview with a female talk show host in Ghana. But he says that there is worse than his “flaccid” penis on Ghana TV.

“Just the other day, they where showing all kinds of penises and vagina on TV”, he joked driving past a billboard of “A better Ghana” on the  four-lane George Bush Highway the Americans gifted to Ghana from the Millennium Challenge Fund. He said he only showed his privates because show’s host didn’t believe that he went commando under his lappa.

“I wasn’t trying to show my penis”, he said.

“I was showing my lack of underwear”.

Before he was shocking TV viewers in Ghana, Wanlov like many in the generation of Afropolitans was in the diaspora attending school. He lived in Texas, and in Los Angeles for 7 years before giving up on the American dream and returning home in 2007. But it was in the US that he decided to turn his passion for music into a full-time gig, then, he was Junior in college studying computers. Today Wanlov and his group the Fokn Bois have a religious following in Accra.

As I walked beside him in a working class suburb in the West end of Accra every other car that drove by either had someone yelling “Wanlov” “Kubolor” or “Konkonsa”, the later the title of a song off his first album “Green Card”. Taxi drivers slowed down to give him a high-five, while another fan actually got out of his car to give him a hug.

Elsewhere a group of young men who said they were “Street Boys” dragged him to their gathering in between cargo containers repurposed as homes. Everyone there with a phone wanted a picture with Wanlov. He spent what had to have been thirty minutes taking photos, and signing T-Shirts before he left and walked back to more jeers from passing fans. At one point someone yelled so loud it actually gave him a fright.

As we walked down the long dusty road I asked if he would ever consider getting into politics to channel the adoration from the masses into a social movement and as you would expect, he gave a very fokn response;

“I think I would open a church,” he said.

About Situa, an up and coming Sierra Leonean...

How a music video that played on MTV...