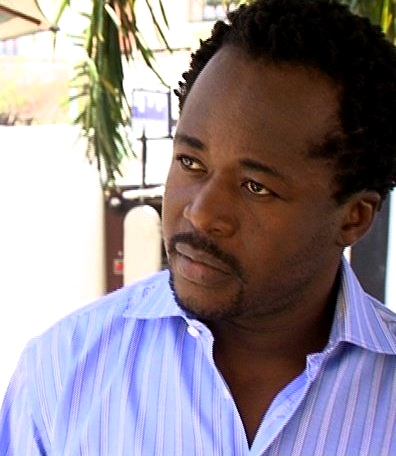 Nollywood actor turned producer Desmond Elliot is in Sierra Leone shooting a film under the invitation of the office of the presidency but the head of the Sierra Leone Movie Federation says this is bad for the local industry. In an interview with Awoko, the nation’s foremost producer Jimmy B says that Elliot is being given unprecedented support that  none in Sierra Leone’s film industry has ever enjoyed.

Last week Desmond Elliot reportedly shot scenes at the Law Court where he had state security and official vehicles accompanying him. Elliot and his crew also had “unlimited access to State House and other facilities.”

Most film makers in Sierra Leone have to beg and plead to be allowed access to government buildings for their films so the fact that Elliot was seen shooting at these locations has made some in the local industry upset.

“There is no way I can leave here for the Gambia, Ghana or Nigeria and have such facilities. Even they themselves do not enjoy such facilities in their respective countries,” Jimmy B said.

“I am not against actors and actresses coming to do movies in our country using their own resources, we welcome that. But they should not come and be allowed to use resources in our country which we indigenous film makers are not exposed to. It’s like taking our own fat to fry us. And it is demoralizing”.

Bangura has single-handedly produced some 12 movies in Sierra Leone and he says not once has he been allowed to shoot at the Law Court even after having written letters of request to the appropriate authorities.

Will the benefits of having a Nollywood film shot in Sierra Leone outweigh the losses to the local film industry?