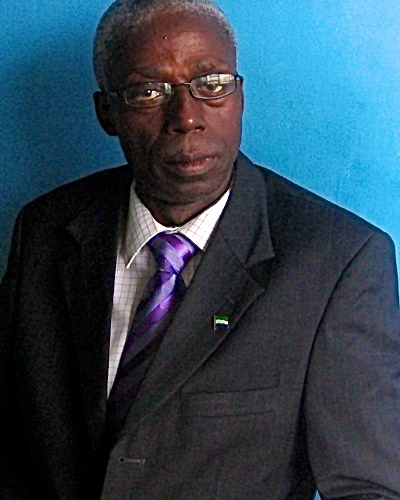 Apart from colleague ministers and state dignitaries, the death of the Minister of Labor and Social Security, Mr. Hindolo Sumanguru Trye,  created little effect on the man on the street.

The late minister, a native of Moyamba District is reported to have died at 5: 19 am  while he was being rushed to the Choithtram’s Hospital for medical attention.

Abdulai Beretay from the Ministry of Information said the death of Mr. Trye is another loss to the Government and people of Sierra Leone and that they are all saddened. It is just over a week since the government had a state funeral for the president’s mother.

Beretay said the late man was a fine gentleman who served his country and people.

“We will sadly miss him,” he said.

Hindolo Trye was a student activist and one of the architects of the student uprising in 1977 which was subsequently subdued by the APC Government of the late President Siaka Probyn Stevens. The bane of the Fouray Bay College student contention in 1977 was that the government adhere to its responsibility of student welfare across the country and they further demanded that  students should have the power to contribute to shaping the nation’s educational system. President Stevens used his private security forces the SSD to quell the uprising sending many of the activists into hiding while imprisoning others. Reflecting on the ’77 riots  Mr. Trye once said, “the strike was as a result of the state of the country at the time. It was a one-party system and there was massive corruption.” Some believe that Trye and the student activists sowed the early seeds of revolution in Sierra Leone.

After he graduated Trye  worked for the ‘Tablet newspaper’ before he went into exile in the 1980s and 1990s. He only returned to Sierra Leone after the 1992 National Provisional Ruling Council (NPRC)  coup d’etat that overthrew the APC Government of J S Momoh. Viewed largely as a hero by the young army commanders Trye was appointed Minister and Secretary of State for  Information and Broadcasting. It was under his tenure that the SLBS TV was resuscitated.

In 2005, Trye joined the All People’s Congress Party (APC) and in 2007 after the party won the presidential elections, he was appointed Minister of Tourism by President Koroma. During the President’s second cabinet reshuffle, Trye was removed from the Ministry of Tourism to that of Labour and Social Security.

His appointment at the time was viewed by some sectors in governance as a result of the relationship between himself and the President. There were reports that Trye and the president were college mates.

The late man was reported to have suffered from various medical ailments during his tenure as minister. In 2008 an incident that happened onboard a commercial airline in 2008 was attributed to mental issues.

Adama Sesay, a shop owner at Garrison Street reacting to news of the minister’s passing said she didn’t know the minister nor was she aware of his ministry.

“It is only unfortunate for the government,” she said

Although the late man was a popular figure on the streets of Freetown in the late 70s and early 80s, today the city’s residents know little about him although he has been a member of cabinet since 2007.

Abdul Kuyateh, a construction worker in Freetown said that workers rights in the country were in a terrible state. He was unmoved by news of the Minister’s death.

“Well, we hear the news. But I do not think I should be worried,”

The body is still at the hospital.