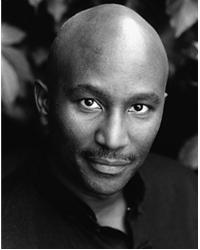 Patrice Naiambana’s “Man Who Committed Thought” is a brilliant satire of the immediate post colonial period in Sierra Leone . The one man show is set in  “postcolonial Lion Mountain, where a determined peasant seeks justice after having his cow eaten by the dictator of the land, President Janta.”

There are three characters; the native ‘Kontri’ man, the Creole educated elite, and President Janta, a native that has been educated and indoctrinated in “western canon”.

When Sierra Leone gained its independence 51 years ago, the Creoles instrumental to the creation of the new state were disenfranchised from political power.  By 1961 the British had strengthen its ties with inhabitants of the protectorate thereby creating  a new generation of native educated elites to compete with the creole intelligentia.

Patrice is a British Sierra Leonean actor. He was born in Ghana in 1962.