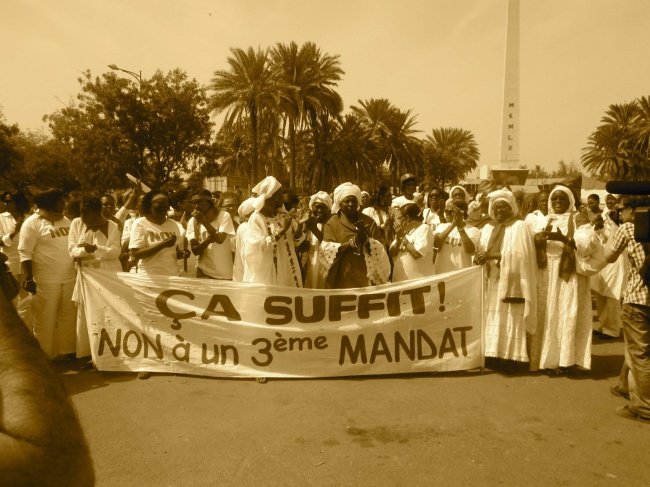 "Enough"! No to the 3rd Mandat ( Senegalese women march against President Wade)

The women made an appeal to the first Lady of Senegal, Viviane Wade to advise her husband to abandon his intention to contest in the elections set for February 26th. So far, dozens have died in protests, and police confrontations as those who oppose Wade’s re-election take to the streets.

Penda Mbow, a women’s activist and historian at the Chiehk Anta Diop University said that the constitution must be respected if Senegal is going to continue to serve as an example for democracy in the region.