Sierra Leone $60 million voter registration off to a false start 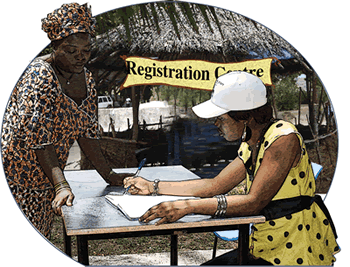 Sierra Leone’s three month Biometric voter registration process for the November 2012 elections has gotten off to a false start. The 60 million dollar project is a joint effort between the government of Sierra Leone (GoSL) and its donor partners. The GoSL is supposed to pay 56% of the total costs, while the rest is to be funded by the United Nations Development Program (UNDP) with aid money.  The UNDP also provided an international consultant to act as Biometric Voter registration Advisor to the National Electoral Commission (NEC).

With the large sum of money and resources set aside for the registration process it is surprising that the process has had so many problems.

Radio airwaves, newspapers, and social media have reported stories of individuals being turned away from centers because the newly installed NEC machines were inoperable. In one instance in Port Loko 3 Ministers had to rent generators to allow hundreds of voters queued up to register.

In response to these early signs of NEC ineptitude, the leading opposition party chairman, John Benjamin, has said that his party will continue to monitor and record all SLPP supporters who attempt to register to vote. “Sierra Leone is new to the biometrics registration and thus needs thorough monitoring mechanisms to ensure transparent elections process,” he added. The SLPP has decided to ignore NEC’s request that they stop recoding the names and addresses of SLPP registrants.

The leaders of the 3 major political parties are reported to be in a talks over the issue and the Open Government Initiative (OGI) reports that they will be making a joint statement.

Explaining local reactions to the biometric process, popular columnist Winston Ojukutu Macauley,  shared his thoughts in the recent edition of Letter from Freetown. Macauley expressed dismay at the politicization of the press over the reported problems with the data machine. He had expected that, “the Press would go hay-wire and not on party lines; parliamentarians would have demanded explanations and answers and the Electoral Commissioners would be lucky if they keep their jobs. Yet, in Sierra Leone, we found ourselves listening to an Electoral Commissioner defending inefficiency in a process for elections that in my view are just as crucial as the one we had in 1996.”

To further highlight the electoral commission’s shortcomings, one user on Facebook wondered why the Commission’s website had not been updated since the 2008 elections.

“Is the $60 million not enough to cover that as well”?

The Fallacy of the American Dream….