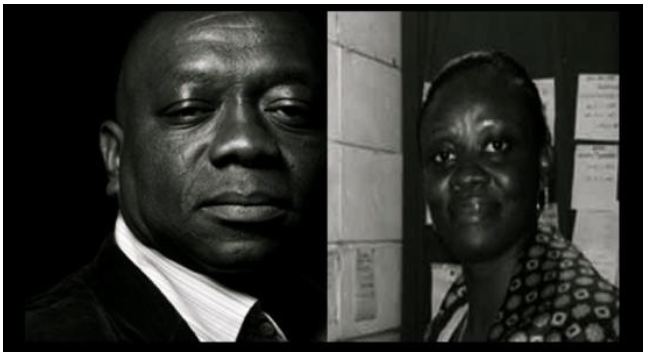 Freelance TV journalist, Sorious Samura, has denied claims he used aljazeera’s Africa Investigates to villify the  government of Sierra Leone because he had previously been denied a PR job.
Samura was interviewed on Monday November 28, 2011 by Premier Tok Radio in collaboration with Radio 98.1 FM. The interview came days after Samura’s ‘Timber’ investigative report aired on aljazeera. In reponse to allegations that he had approached the government for a post for which he was denied. Samura said, “This is laughable and not worth commenting,” adding that the government of Sierra Leone will look at the allegation as a big joke.“I am a Sierra Leonean and any government in Sierra Leone that wants my support, I will readily do”. Samura said that he was an international journalist and that Sierra Leoneans should know that the world was watching to see what the government will do.

Asked whether he is scared about the possible political repercussions of ‘Timber’, Samura stated “I am niether scared nor ashamed. I am standing by this.”

Dr. Sylvia Blyden, the proprietor of the Awareness Times newspaper, a local tabloid in Freetown, challenged the video footage of Samura, accusing him of “criminally trying to hoodwink the public”.

She said that there was no evidence of illegal export of timber shown in the video. Blyden added that without such evidence Samura’s cliams that he had uncovered a multi-million dollars illegal export business going on under the nose of the Government were unfounded.

She claims that there was no objective reporting and the video was a set up. Blyden further questioned a source in Samura’s video, Abdul Sinah, who is shown as an environmental activist. She says that the man in question is no only biased but that he is Samura’s brother-in-law.

“Sinah is a well known opposition activist,” Blyden alleged. Those who follow Blyden’s Awareness are stunned that she has chosen to defend a government that she so often criticizes.

In Sierra Leone, the issue has become a heated political debate with some APC supporters pointing fingers at the opposition SLPP as having a hand on the publication, while others are claiming that insiders within the ruling APC are trying to damage the VP’s political image.

Sorious however stated that what he did was out of patriotism and love for his country, though he has been doing it for others.

“No one bribed me, and no one can bribe me in Sierra Leone,” he reiterated.