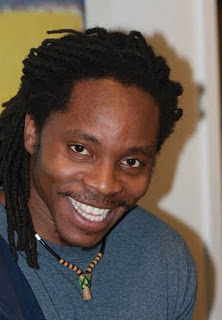 If you are like me, your first encounter with David Moi Sengeh will astonish you. And for those of us who sometimes get a little caught up on ourselves and our contributions know that this Bo boy will make you feel like you ain’t done anything yet. I don’t remember how i first found out about David but his story goes…

A smart boy from Sierra Leone’s second city BO who attended the Prince of Wales School got a scholarship from the Red Cross to study in Norway, from there he gains admission to Harvard University under the Davis United World College Scholars Program. While at Harvard along with a couple of his buddies from high school and college, starts Global Minimum, a non profit organization dedicated to preventing malaria in Sierra Leone by distributing insecticide treated bed nets to entire communities. Between 2007-2010 David and his colleagues travel to Sierra Leone every summer to distribute nets. Global Minimum argues that every one in the community should receive a Long Lasting Insecticide Treated Nets instead of just women and children. So every summer they go most times on foot (walking up to 120miles) to make sure that the most remote communities receive the nets.In addition to this David also participated in a $200,000 world bank funded project to use microbial “dirt powered’ for cell based lighting system in Sub-Saharan Africa.
He graduated from Harvard in 2010 with a degree in biomedical services and engineering. At age 24, he is now a PHD student at MIT, working on a   project that combines Mobile Telemedicine Application with a Prosthetic Improvement Kit (PIK). In so doing, this will create a mobile interface or “pain map” that will enable those with prosthetic limbs to be able to properly communicate pain to remote health providers. If completed this will be the first time that the over 1.7 million global amputees including 20,000 in Sierra Leone will be able to ‘communicate with their prosthetists about their problems, get advice or help’ to improve socket comfort and reduce prosthetic caused injuries.

Bo is certainly a long ways from MIT and there are still many smart, talented, young Sierra Leoneans who unlike David have not been fortunate enough to get this far but if only one person could make it out of thousands then i am grateful that it was David Moinina Sengeh who does not fail to use every opportunity he has to make a difference. While it is clear that he has a very big brain it is even more clear that David has a big ‘ole heart. A message on his facebook wall said it best “David Moinina Sengeh inspires me…He is an example of how one can reach higher heights if one captures opportunities and; make the right moves with passion and determination”.

Watch this Video of David giving a brilliant speech at a high school commencement ceremony. The video is a little shaky but bear with it cause its well worth it. Be Inspired to do more!!!:

Thank you David for all that you continue to do.