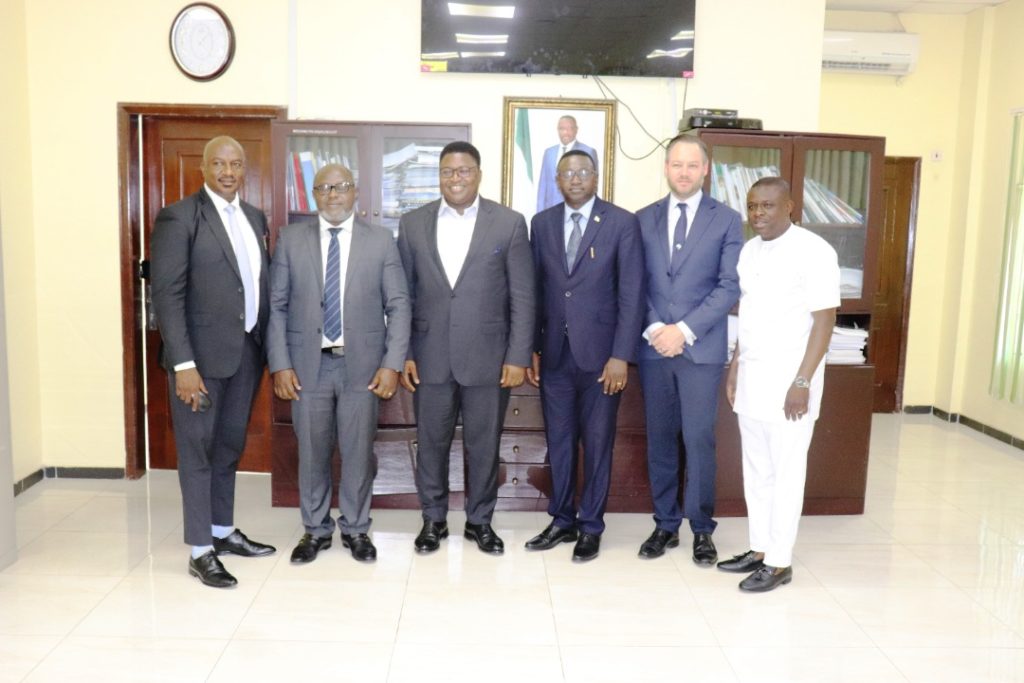 The Government of Sierra Leone on Tuesday, January 17, 2023, signed an agreement for the development, expansion and management of the Pepel Port and Pepel – Tonkolili Railway with ARISE Integrated Industrial Platforms Ltd.

Speaking on behalf of the government, the Minister of Mines and Mineral Resources, Timothy Kabba, said the agreement is part of the bigger reforms in the mining sector, where the government intends to open the space for more players to participate.

He further said that ARISE IIP is a credible company with a reputation for developing and managing infrastructure in Africa.

“This agreement is taking a government asset from the monopoly to be more accessible. The revival of the mining operation requires significant investment in infrastructure for the country to fully benefit from the growth of its mining output,” said Mr Kabba.

This lease agreement will give a 10 per cent free carry to the Government of Sierra Leone and provide access to rail and port facilities to other bulk mineral producers in the northern corridor of the country.

However, the project is expected to expand economic activities in that region by providing jobs for Sierra Leoneans and enabling passengers’ locomotion from Tonkolili through Bombali to Port Loko district.

Through this agreement, the company will also introduce passenger rail services allowing communities for better mobility, trade, and increased mineral export with an additional 20 million MT, a 10 per cent dividend to the government, surface rent to landowners, annual royalties PAYE and other taxes.

In his statement, the Minister of Finance Sheku Ahmed Fantamadi Bangura stated that ARISE IIP is a sector specialist firm with a proven record across Africa in managing infrastructure. Stating that they are signing this agreement after several consultations, due diligence and approval from the cabinet with concurrence from the Ministry of Finance.

He furthered that this agreement is in the best interest of the government and people of Sierra Leone and that after the signing, the agreement will be taken to parliament for ratification.

The business plan, financial model and pre-feasibility studies are estimating a total investment of USD 476 million covering the refurbishment of the Pepel – Tonkolili Railway work, Pepel Port, Railway connectivity to Marampa mines, the introduction of passenger rail services and the rail connection to Guinea.

Signing for ARISE IIP, Managing Director, Jesper Harring Boll stated that they are conceivers, developers and operators of high-added-value infrastructure committed to making Africa thrive with an investment of several billion dollars and a good track record across many countries in Africa like Benin, Togo, Gabon, Côte d’Ivoire, Tchad, RoC, DRC or Rwanda.