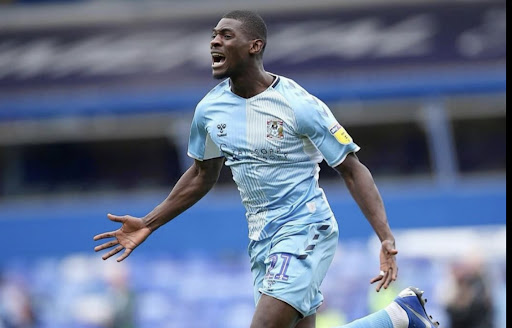 English third-tier team, Forest Green Rovers have completed the signing of 27-year-old Sierra Leonean striker, Amadou Bakayoko from Bolton Wanderers for an undisclosed fee. His signing was announced on January 12, 2023.

Bakayoko had a two-season spell with Bolton Wanderers scoring 18 goals in 59 appearances. He finished last season as Bolton’s second-top scorer behind Dapo Afolayan with 13 goals in 35 matches. In the current league one campaign Bakayoko has already scored 5 goals with an assist in the first half of the season.

Forest Green currently sits at the bottom of the league one table occupying 24th place with 20 points after 25 matches played, to avoid relegation, the team need to climb up to the 20th position or better, which as of now they are f points behind. The striker has vowed to help bring positive energy to the team and help them achieve their goals in the remaining half of the season.

“I will bring lots of energy and attack any balls that come into the box. I can’t wait for the second half of the season,” said Bakayoko.

Bakayoko made his league debut with Walsall in 2014 before going on loan to Southport, Telford and Worcester City. He will be wearing the number 21 jersey and has made his debut for Forest in a match that ended 1-1 against Exeter City on Saturday, January 14, 2023.