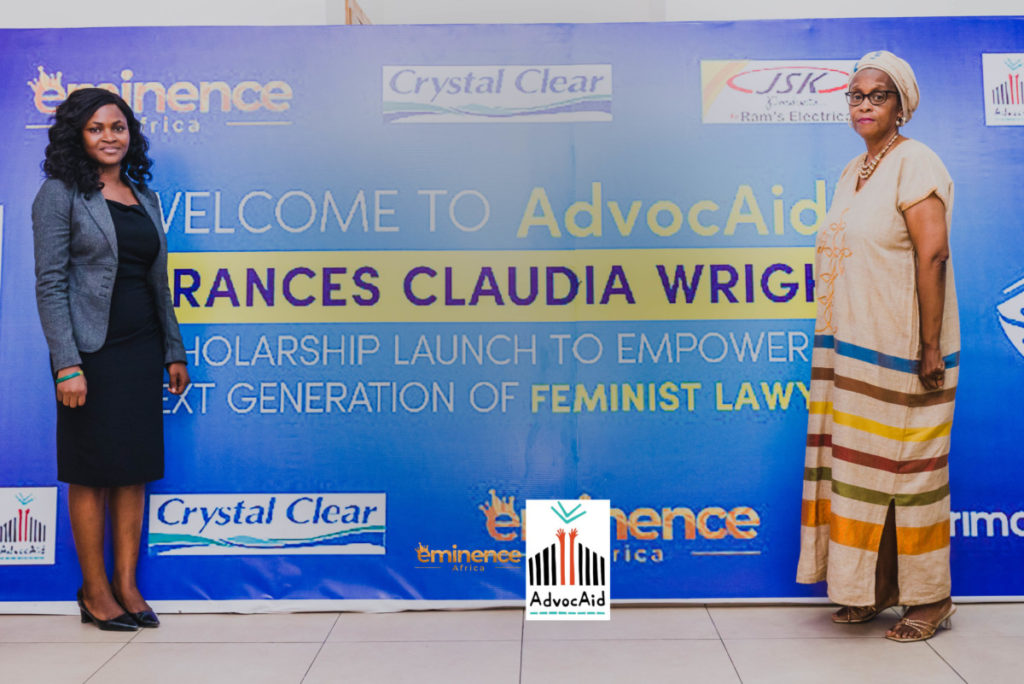 AdvocAid has on Wednesday 11th January 2023 launched the Francess Claudia Wright scholarship for upcoming feminist lawyers, in honour of Sierra Leone’s first legal practitioner. The event drew attendance from people from various walks of life and took place at the New Brookfields hotel in Freetown.

The scholarship seeks to accelerate the organisation’s strides in advancing women’s rights, and putting an end to systemic violence against women, through empowering feminist lawyers and paralegals who will support all women’s categories, including “those others forget” – women in detention centres, and sex workers.

Delivering the keynote address, Human Rights Lawyer, Yasmine Jusu Sheriff, said, female lawyers should be provided with all-round support in financing, mentorship, as well as internship opportunities at AdvocAid and other legal firms.

She said in an interview with SwitSalone that the patriarchy of our society in general, undermines women, so there is a lot to be done in the Sierra Leonean justice system to make it more gender-responsive and sensitive. “The justice system reflects the inequality of our society. We need to have a more democratic and right-based system in fixing women’s problems in the justice system”, said Lawyer Jusu-Sheriff.

Fatmata Sorie, ex-president of Legal Access to Women Yearning for Equal Rights and Social Justice (LAWYERS), said advancing women’s rights is still a “work in progress” with much to be done. She said this could be achieved with the right actions, not just words.

Juliet Mamawa Kaikai, AdvocAid’s legal manager and a board member at LAWYERS, said that they are working to create a criminal justice system that is gender-responsive, by strengthening Sierra Leone’s legal base, supporting more feminist lawyers, providing legal representation and access to justice for women. She said in providing solutions to these ugly issues women face, international treaties such as the CEDAW, and the Sustainable Development Goals should be applied domestically.

Umu Kultum Sesay, the only recipient of the scholarship who describes herself as a “sympathiser of women” and “legal feminist” said most women are being taken advantage of because they are oblivious to their rights. She added that in putting an end to abuses of women, there needs to be more “practical” than verbal approaches.

The scholarship will be awarded annually and will benefit one female law student per year as the funds allow, and would increase the number of beneficiaries as available funds can pay for. Beneficiaries would be required to “give back” to AdvocAid by working with them as soon as they are qualified.  Donations to the scholarship can be made here.