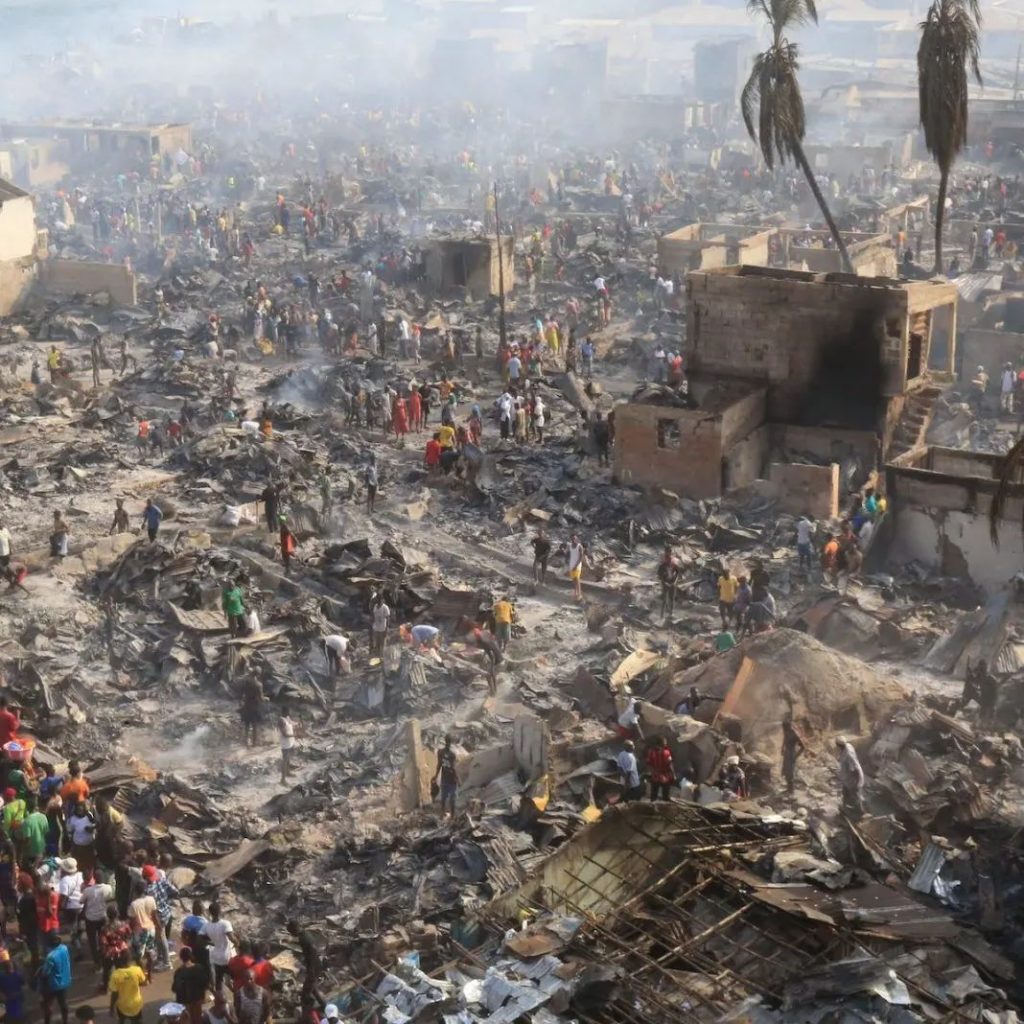 A major fire outbreak that saw at least the burning of 50 houses has engulfed the Tripoli community in Susan’s Bay – a slum community in the east of Freetown.

According to residents, on Monday, January 9, 2023, an inferno ravaged the community around 7:00 a.m. whilst some were still asleep and others had left for their businesses and workplaces. Minor injuries were sustained, but no deaths were recorded. Affected residents spoke of the disaster to FTN.

The residents, in an interview with Radio Democracy, accused the Electricity Distribution and Supply Authority (EDSA), saying the outbreak was caused by the company’s supply of high voltage, after some fluctuations. There have been some power outages in Freetown with some communities spending at least 12 hours without electricity. Journalist and President of the Sierra Leone Reporters Union, Amadu Lamrana Bah, took to Twitter to raise concern over the recent power outage and fluctuations in Freetown, in a tweet targeting the Energy Minister, Alhaji Kanja Sesay.

The Tripoli community chairman, Ibrahim Kamara said most of them woke to a blazing red-hot fire that has consumed a lot of people’s assets leaving many homeless.

He ended by calling on government and charity organizations to assist victims of this fire incident which is happening for the second time since 2021 in this community.

Whilst there has been no official response from EDSA, the Director of Relief and Response at the National Disaster Management Agency, Sinneh Mansaray, said they would carry out a detailed registration of the affected persons, and summon an emergency coordination meeting on the disaster.