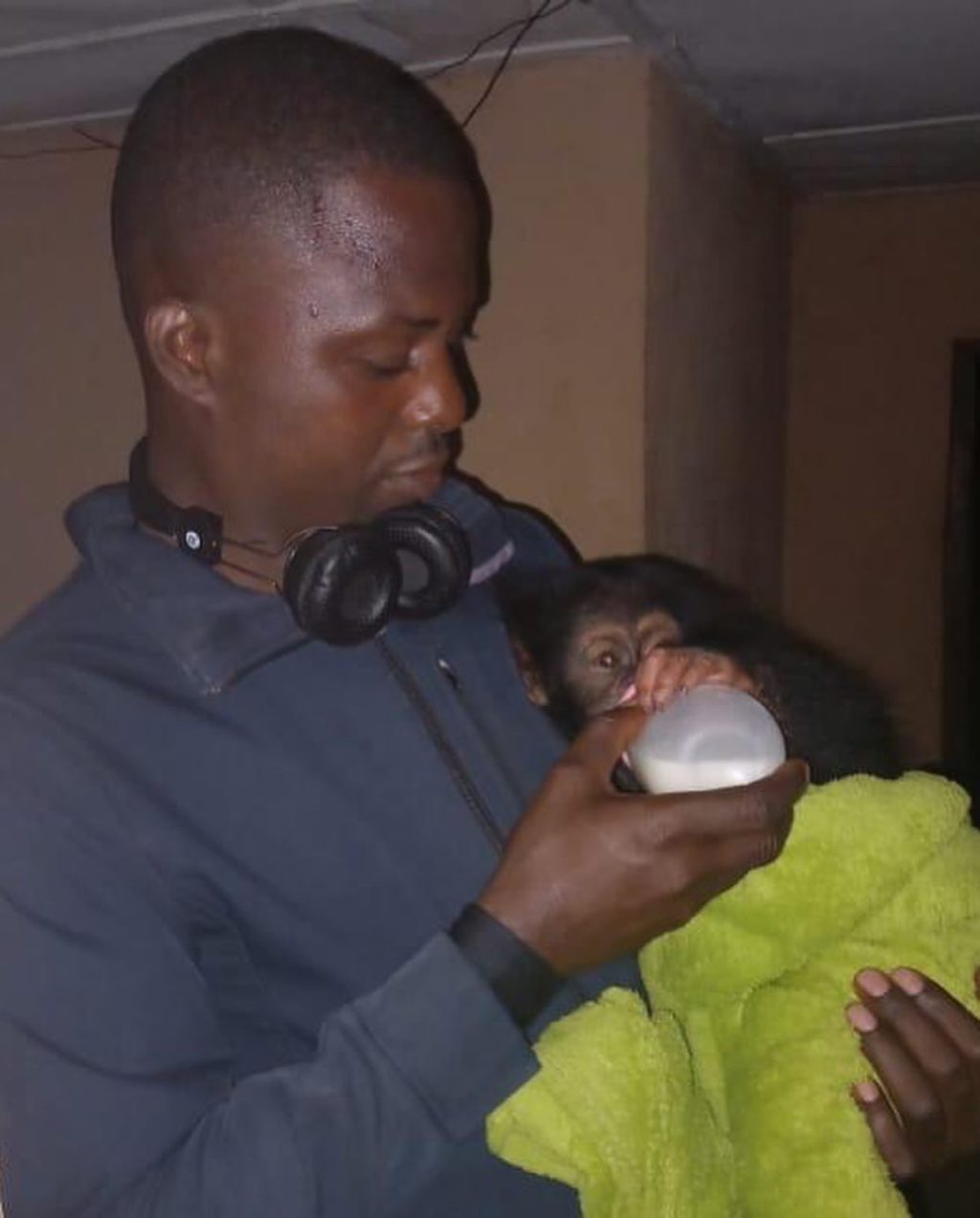 The Tacugama Chimpanzee Sanctuary has rescued a baby Chimpanzee, who was being held as a pet. The sanctuary announced on Saturday 19th November that they had “received an alarming call and video” of a baby chimpanzee that looked to be in a seriously bad condition.

Search operations were carried out right away with the help of their biomonitors, and the chimpanzee was found in the Loma Mountains of Kabala, Northern Sierra Leone, on Sunday 20th November. The biomonitor who was identified as Foray, looked after the baby that night.

The rescue team set out to bring the baby to the sanctuary the following morning. They had a successful trip, and after consultations with the section chief, the baby was handed over to them. It was reported that the baby turned out to be a girl and her name is Chicha.

“Today she arrived in Tacugama and she was immediately handed over to our vet team. Chicha is very weak, malnourished, and extremely skinny. She has diarrhea and skin infections. We will put her on antibiotics and anti-parasite treatment, as well as vitamin and minerals supplementation. She has to be fed every 3 hours day and night. We are concerned about her health”. A tweet on their page read.