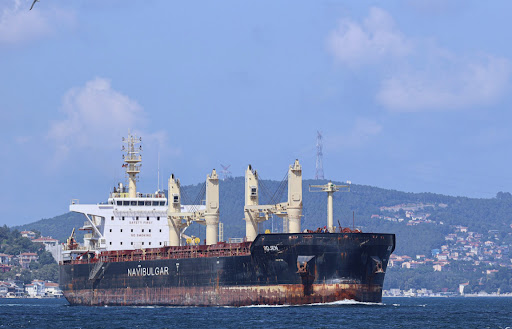 In an interview with Russian state-owned media outlets Sputnik, Sierra Leone’s ambassador to Russia Mohamed Yongawo told Sputnik that Sierra Leone is interested in importing Russian agricultural equipment, along with fuel and grain, possibly using barter in bilateral trade. He stated that Sierra Leone is enriched with many goods that might be of great essence to the Russian Federation.

“In terms of our exports, for example, Sierra Leone grows some of the best cocoa beans. Therefore, it is one of the goods that could be imported from Sierra Leone.”  Ambassador Yongawo.

However, the Sierra Leonean diplomat did not write off other means of trade as he urged private Russian companies to negotiate with their Sierra Leonean counterparts to decide how to organize trade, whether to settle with barter deals or use a financial exchange to acquire goods.

“It will be good that in the future they are able to sit together and agree on the parameters of the deal to ensure that every party of the deal is satisfied with the implementation,” Ambassador Yongawo said.

On Wednesday, November 16, 2022, the grain deal which was initially set to expire on November 19, 2022, was extended for at least another 120 days. The grain deal is a component of a larger package deal negotiated by the UN and Turkey to open the Black Sea to grain and fertilizer exports from Russia and Ukraine.

Ambassador Yongawo welcomed the extension of the Black Sea grain deal and the resumption of Russia’s participation in it. He said that the extension of the Black Sea Grain Initiative is of great importance to Sierra Leone, not only in terms of supplies but also in the context of market stabilization. The ambassador stated that grains do not go straight to Sierra Leone from Ukraine or from Russia, they go to third countries from where Sierra Leone gets these grains. He also mentioned that regardless of any situation, food and medication should never be blocked, as restricting their free movement puts the lives of many people at risk.

“Like every other country in the world, we are, of course, happy, because we actually know the pressures that our country is undergoing because of the strategies of food in the world market. It is always life-threatening when the movement of medication and food are restricted under any circumstances.” Ambassador Yongawo said.

Concluding, Ambassador Yongawo urged the Russian Federation to consider tourism as another sector for a great investment. He emphasized that the country has a mild climate, as well as a kind-hearted attitude towards tourists.

“Sierra Leone is considered to be the Hawaii of Africa, and this is not a mistake, because we have unique, unspoiled beaches that cannot be found anywhere else in the world. And Russian companies can organize tours to Sierra Leone to enjoy the country. All this together forms a favorable environment for the development of cooperation. Sierra Leone is a very good place to do business.” Ambassador Yongawo.