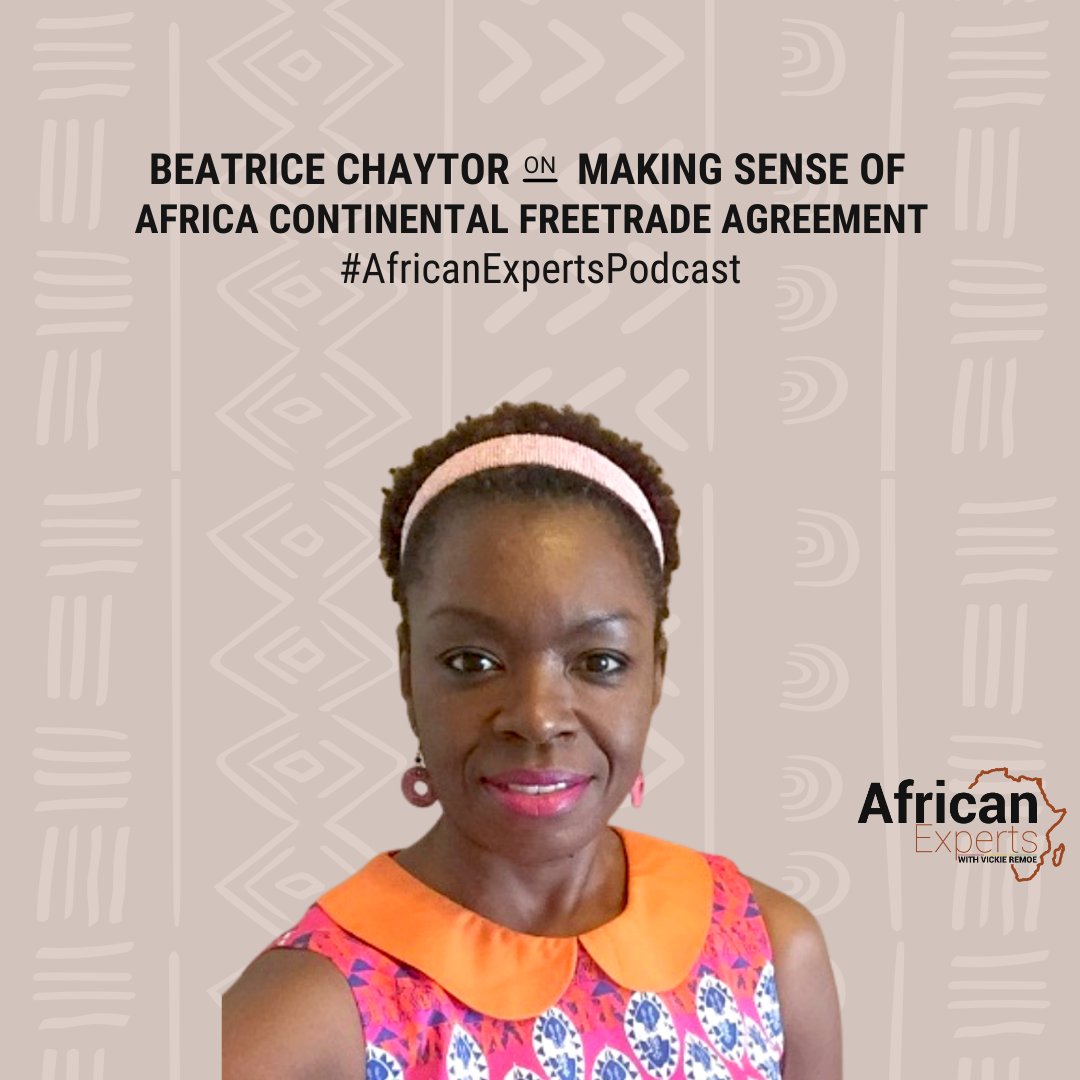 However, the 54 African Union member states have signed the treaty-making AfCFTA the largest free trade area in the world. In the latest episode of the African Experts Podcast, “Making Sense of the African Continental Freetrade Agreement”, host Vickie Remoe is in conversation with Beatrice Chaytor, an international trade lawyer, who is presently working in the Department of Trade and Industry at the African Union.

Vickie and Beatrice focus their discussion on the benefits of the African Continental Free Trade Area for medium-size businesses across the continent and what needs to happen at the national level to speed up AfCFTA impact.

The conversation starts on how does AfCFTA compare to already existing regional economic communities on the continents like the Economic Community of West African States (ECOWAS), the Common Market for Eastern and Southern Africa (CAMISA) and others, and in what ways does AfCFTA proposed to increase trade integration beyond the RECs.

Beatrice responded that AfCFTA is one of the flagships projects of the African Union, it’s part of agenda 2063 to fix the Africa we want, the idea is to maximise economies of scale wherein different countries are coming together to form one continental market. In a sense, AfCFTA brings all regional economic communities in Africa as one single market, which can have a stronger voice to countries like the U.S or China and other economic blocs like the EU.

The conversation moved on to the liberalisation process of the free trade area. She was asked if any countries are leading the way to facilitate this one Africa market agenda? And if so, who are these countries? And what are they doing to basically speed up liberalisation?

Beatrice in her response said there has been quite a lot of momentum, and that’s one beneficial thing, for some people who are out of the continent, Africa has taken them by surprise because what they have seen is unity between these countries. In this case, all the countries are working with one voice in terms of what needs to be done.

“In effect, there’s really been almost consensus around this idea of deeper regional integration, like we are Africans why are we trading with other countries than ourselves,” she stated.

What’s happening internally in a country like Rwanda, perhaps on the national liberalisation fraud to allow it to punch above its weight on AfCFTA?

Beatrice states that a country that wants to take advantage of this trade agreement would need to look at its national trade reform. For Rwanda what they have done is that they decided they will reform their business environment and if the general business environment is good and conducive to domestic business, foreign business, then you already have business confidence. Then you’ll have people going in because they know they can register their business within days, or do it online.

With that, the general business environment gets the basis or the foundation for trading. Because the procedures are right, the customs are good and that’s all part of the AfCFTA.

“Countries should start training with customs officials on customs annexes, ministries of trade need to send out little information about AfCFTA to all the chambers of commerce in their country. While business associations need to begin to tell their members about the opportunities in the AfCFTA,” said Beatrice.

She responds that the protocol progressively reduces barriers to trade and services, through specific commitments that each country makes.

Get more insights about the AfCFTA by listening to the African Experts Podcast today. Click on the link below to listen now: