We caught up with CEO of Kabaka Multimedia, Mr. Abu Bakarr Turay to ask him all the hot questions music fans want answered about Ecofest!

1. What security measures have you put in place to make sure that those attending the festival will be safe?

We have asked for the highest number of OSDs for a single musical event ever. The normal provision is usual around 60-100 OSDs. We are having 300.

In addition to the above, we have requested for 150 Military Police Personnel from the Ministry of Defense HQ. We are optimistic they will oblige as this is not only a matter of National importance, but international significance.

We have also contracted Local Security companies who will be working together with the Police and Army personnel.

2. With regards to ticketing what can people expect on the day of the festival if they are buying their tickets at the gate? 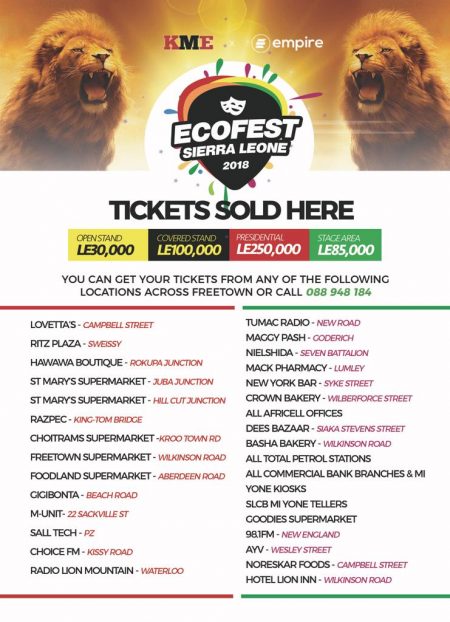 We aren’t selling tickets at Stadium gates at all. Everyone coming must have obtained tickets from locations we have already distributed around the city. We have also made provisions for locations very close to the venue on the day of the program. Like Convent and FSSG Secondary Schools, New York Bar on Syke Street and also Total Brookfields. Everyone coming to the gates must show his ticket and will be allowed access into the stadium.

3. Many concerts in Sierra Leone do not start well after midnight, is this what is to be expected with Ecofest?

ECOFEST is the first of its kind. I am sure everyone knows that by the number of Acts, even if we wanted a two days program, they would have been enough to cover both days. We are starting at 7 PM prompt. There are two segments after the formal opening. The guest Act segment and the ECOFEST musical competition itself. Guest Acts are expected to do only two songs each and will be given five minutes to do so. This segment lasts for just one hour. The Musical Competition itself will last for five hours. Meaning we are expecting closure at 1 am. Ar worse Case by 2 am latest the show would have come to a close. Everyone is guaranteed that we won’t start later than 7 PM.

4. Several international African acts have abandoned concerts at the national stadium because of poor sound quality, what are you doing to ensure this doesn’t happen again?

The sound is always my worry about about about attending shows at the stadium. We are building scaffolds around the perimeter of the pitch. We are mounting speakers and combining over four different systems together merged with the inbuilt system at the stadium. We have visited the stadium three times since Monday with Sound engineers and are working assiduously to have the best sound on the night. We are doing a sound check one week ahead of Ecofest. No one has ever done before. All are invited at the National Stadium on the 9th November at noon.

5. The festival’s line up is vast, over 26 acts and side attractions. How many hours will the concert last for and on average how many songs will each artist perform?

The average time for each act on the competition is Minimum ten Minutes and maximum 25 minutes. As stated in my answer to Question 3, We are hoping to leave the stadium at 2 am latest.

6. Will artists be performing live with a band?

Some will performing with a live band and others will play with a live mixing. Meaning the instrumentals will play and they will sing live vocals. No lip syncing.

7. Who are some of the acts that you’re looking forward to seeing?

8. What makes Ecofest different from other music festivals that will happen from now to the end of the festive season?

This is the very first time we are having that many numbers of international acts on one stage in one night at the National Stadium. This is the first time Sierra Leone is playing host to such an audacious musical festival. And I believe our organizational skills are exceptional. We have a good team. After ECOFEST, we know it’s clear Sierra Leone would have charted a new course for Entertainment. I am sure that will set the pace and trend for upcoming events.

Get tickets to Ecofest today! 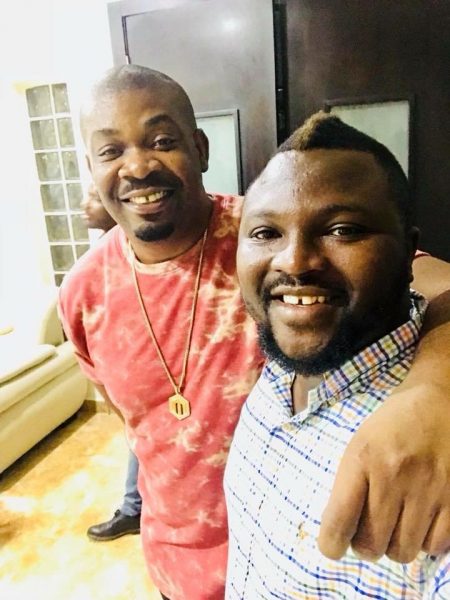 Breaking News: What we know about Lassa Fever...